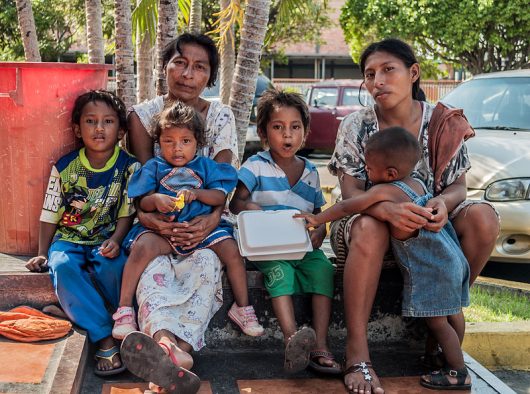 Currently, the world remains in the midst of the most calamitous refugee crisis since the ending of the Second World War in 1945. Owing to the escalating long term economic crisis in Venezuela, there has been a lesser known but equally grave humanitarian emergency plaguing Latin America countries.

Consequently, the Venezuela refugee crisis is contributing to a great deal of destabilization in the region and is putting insurmountable pressures on food security, education, healthcare, and land. However, at present, international aid seems to be more majorly directed toward addressing important issues of the Syrian and Rohingya crisis.

The dictatorial nature of Venezuelan President Nicholas Maduro’s government is largely blamed for the debilitating state of the Venezuelan economy, especially with the rise in government debt, plunge in oil prices and the 2600 percent inflation rate that hit the country in the 2017. The illiberal policies of the government have been criticized for the financial mismanagement, economic misallocation, and political turmoil impacting the country.

Moreover, the Venezuelan capital, Caracas, is vulnerable to the threat of becoming the breeding ground for an increase in trafficking and organized crime owing to the recent succession of violent clashes and demonstrations.

Due to the Venezuela refugee crisis, over 10 percent of the population has already left the country, with a large number fleeing to neighboring countries like Colombia and Brazil. In turn, Colombian President Juan Manuel Santos has had to block informal refugee routes and deploy troops to stem the rapid influx of refugees. 600,000 individuals have been displaced, and a record number of individuals are crossing the border every day. A further 60,000 people are also currently seeking asylum in the United States.

According to a recent report by The Hill, the Venezuela refugee crisis could grow to be more severe than the Syrian crisis this year.

At this juncture, it is necessary to mitigate the short term problems of the Venezuela refugee crisis. In 2017, the Red Cross set up a reception facility next to the Simon Bolivar Bridge, an important landmark in the Colombia- Venezuela border, to help contain the massive influx of refugees. A number of first aid tents were also set up to prevent the further spread of chronic diseases in the area. Many Venezuelans are also subscribing to the migration card which enables them to cross the border to get daily rations of food, water, and other important necessities.

A majority of the aid and cooperation is being spearheaded by neighboring countries like Colombia and Brazil. Given the scale of the problem, a regional approach is of vital importance.

Colombia is trying to work in collaboration with the Venezuelan government to deal with the surge in the number of refugees sustainably. Colombian President Juan Manuel Santos recently declared that the country is prepared to receive international humanitarian assistance in dealing with the Venezuela refugee crisis. He also proposed that an estimate $30 million would be needed to build an assistance center to house refugees

Hopefully, over the course of the year, international organizations like the Inter- American Development Bank, and the World Bank will amplify efforts in providing more financial aid to sufficiently mitigate the crisis.

Overall, the Venezuela refugee crisis is significant as it addresses the wider context of the political and social ramifications entailed by the refugee debacles in countries like Syria, Lake Chad, Somalia, Afghanistan, and Nigeria. Solutions are primarily embedded in solving the impacts of mass migration and its associated issues in a more sustainable manner suited to the sheer gamut of the problem.