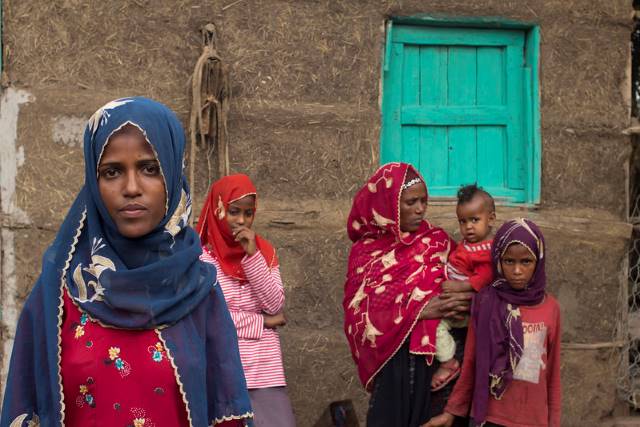 Ethiopia is a country that is on the rise in global influence, population and economic power. The country has a long and rich history with plenty of powerful female figures, including empresses and heads of state. Still, the state of women’s rights in Ethiopia is not ideal, with women facing a lot of discrimination and far fewer opportunities. While women remain in fewer positions of power and at the wrong end of unequal gender relations, it appears the country is making progress.

Ethiopia struggles with massive inequality between the sexes. The Global Gender Gap report in 2010 ranked Ethiopia 121st out of 134 countries in gender disparities. Inequality persists in multiple facets. U.N. Women lists these areas as being of particular concern:

Women suffer from several health inequalities like higher HIV prevalence, high maternal mortality and restricted access to healthcare. Women also participate far less in the workforce and suffer from the impacts of many traditional practices like child marriage and genital mutilation.

Further problems also plague Ethiopian women. In rural communities, women perform most agricultural labor but rarely receive pay or recognition for it. Gender-based violence is a significant problem yet community resources do not reach a lot of women. This is because 80% of Ethiopia’s population lives in rural areas with little infrastructure. Women also experience systemic discrimination regarding land ownership, education and the justice system.

Women’s rights in Ethiopia are not a lost cause. Global actors and Ethiopian organizations are doing plenty to strive for gender equality. These contributions are thus beginning to have a noticeable effect on the country and the fortunes of Ethiopian women.

Leave No Women Behind

U.N. Women’s Leave No Woman Behind program is an example of a concerted effort that had a positive effect on Ethiopian women, targeting Amhara and Tigray regions in 2009. The program focused on the many dimensions of women’s poverty. It aimed to increase women’s human rights at a grassroots level through increased government involvement. Furthermore, the program aimed to “address gender disparities in literacy and educational attainment, sexual and reproductive health services and gender-based violence (GBV).” In addition, it also aimed to provide women better access gender-sensitive reproductive care and help them achieve sustainable and resilient livelihoods.

Several Ethiopian women’s organizations have been important in increasing awareness and fighting for women’s rights. The Ethiopian Women with Disability National Association (EWDNA) works toward equal rights and ending social discrimination against women with disabilities. EWDNA serves women with disabilities of all kinds. EWDNA’s work includes the “provision of services in rehabilitation, education and skills training; the promotion of mobility and accessibility, reproductive health and HIV/AIDS education/support” and the comprehensive participation of persons with disabilities on all levels.

Setaweet is a feminist movement based in Addis Ababa, formed in 2014. It is a grassroots movement that seeks to create and espouse a uniquely Ethiopian form of feminism. Setaweet runs gender workshops in secondary schools, provides a gender-based violence call center for women who have experienced abuse, runs a women’s scholar program and presents exhibitions to raise awareness about issues like sexual violence against women.

Efforts for greater women’s rights in Ethiopia are paying off. In the past two decades, the Ethiopian government has implemented many landmark acts and policies to protect women and afford them more opportunities. This includes legislation that criminalizes domestic violence and several harmful traditional practices that affect women. In 2018, Ethiopia’s parliament appointed Sahle-Work Zewde as the nation’s first female president, a landmark decision for Ethiopian women’s political participation. Women now form half of the cabinet members. Women’s rights in Ethiopia are therefore showing steady and strong signs of improvement, empowering women in the country.