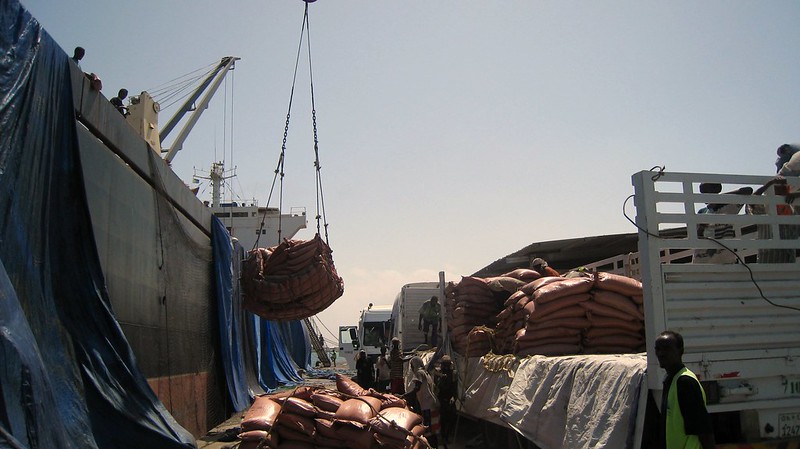 Ethiopia has a bold and innovative plan to reduce the entire country’s carbon footprint to almost zero, and the country plans on achieving it by 2025.  The plan, currently set into motion, centers entirely around sugar.

Ethiopia’s day to day life relies heavily on sugar for their tea, coffee and cooking.  So much so that Ethiopia can’t meet its own sugar demands and has to import 200,000 tons of sugar a year. The cost of petroleum, used to refine the sugar, has also risen. Ethiopia does not produce its own oil and has to import petroleum, pushing the cost of sugar even higher.

Six years ago, the country turned to itself to solve its own problems. Implementing hydro-electric, geothermal, and wind energy, but Ethiopia found it could also produce molasses as a byproduct of sugar refinement. This molasses can then be turned into an ethanol based bio-fuel. Co-generation, which is the use of agricultural waste to create energy, began to be explored as well.

There are currently three sugar plants in full production producing over 300,000 tons of sugar a year as well as 62MW of electricity due to co-generation and ethanol production. These numbers are a significant increase since the program began when half of all power was used by the plant.

This is only the tip of the iceberg. “Ethiopia’s Minister of Water, Irrigation and Energy, Gossaye Mengiste, was reported as saying that the country has the potential to produce 600MW of electricity once the 13 factories, currently under construction are complete.” Once complete the 16 factories are slated to generate exportable sugar quantity in excess of its 200,000 tons it already imports. This will give Ethiopia projection earnings of $300 million.

More importantly than making up the sugar deficit, the emissions produced by these sugar-based bio fuels, when used in cars, stoves and generators, are nearly zero.  The elimination of car emissions is one of the biggest steps to reducing the country’s carbon footprint and achieving its stated goal of zero emissions by 2025.

These ambitious talks have come under fire by some who say that it is a “condescending plan drawn up mainly by people living in highland areas but affecting the lowland population.” Sugar plantations require huge tracts of land. Many officials are turning to pastoralists to solve this problem.  The pastoralist people are southern nomadic groups that herd grazing animals from pasture to pasture.  They comprise roughly 11 percent of the population and use about 63 percent of the land.

The Ethiopian Sugar Development Agency cautioned the government about this as early as 2008, saying, “Government’s strong support in clearly defining the policy with respect to bagasse energy development is critical to the successful achievements of substituting bagasse cogeneration for imported fossil fuels or diversifying electric energy source based on renewable energy source.”