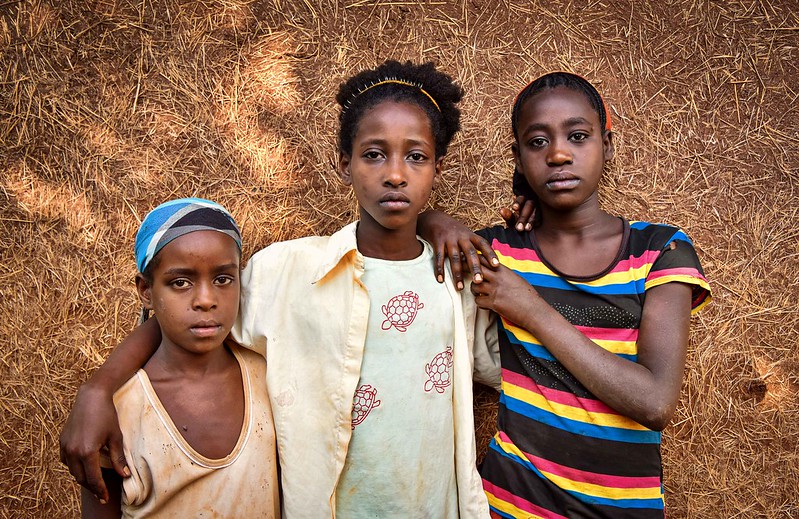 Ethiopia has been in political turmoil for decades. The citizens have been facing the brunt of the sacrifice as the Ethiopian Civil War has caused a famine crisis. In response to political suppression by a militia group known as the Derg, rebel military officials created a guerrilla warfare army dubbed the Tigray People’s Liberation Front (TPLF). Starting in 1991, the TPLF began to overpower the federal military government. Moreover, it began dominating its ruling alliance with the Ethiopian People’s Revolutionary Democratic Front (EPRDF). This caused Ethiopia to transform into a one-party country. On April 2, 2018, the newly elected Prime Minister Abiy Ahmed announced the creation of The Prosperity Party. The party proposed to end ethnic separatism by including other Ethiopian regions in politics.

On November 4, 2020, TPLF attached the Ethiopian National Defense Force Base. Two weeks after the bombing, the fighting between government forces and fugitive factions of TPLF quickly escalated. Tensions between TPLF and Abiy Ahmed have been going on since 2019 because of Ahmed’s actions toward disbanding the country’s ethnically ruled federal system and postponing the 2020 election because of COVID-19 lockdowns. As the fighting continues, ethnic tensions are rising as Ethiopians flee to neighboring countries to live in refugee camps with little to no access to food.

Ethiopians housed in refugee camps have acquired a distaste for Abiy’s political reign. They have reported that the federal army is just as brutal as TPLF. The Prime Minister proclaimed that Federal officers have not killed a single Ethiopian, but Bahti Adal has a different report. The current Tigrayan refugee revealed to Vice that military forces are persecuting all Tigrayians as a possible threat.

In March 2021, Ethiopian general Yohannes Gebremeskel Tesfamariam confirmed major civilian casualties during warfare, and how the situation in Tigray is resulting in a “dirty war,” where most victims are defenseless civilians. Refugees are wary of leaving their home regions in Tigray, fearing that ethnic cleansing will result from the ongoing massacres.

The Ethiopian Civil War Has Caused a Famine Crisis

More than 63,000 Ethiopian refugees have fled Tigray to Sudan, which has opened its borders to escapees. Since May 13, 2021, the Medical Corps have reached 670 people in the Tunaydbah camps, assisted rapid medical and counseling assessments in major towns around Tigray borders and mainly focused on helping 4.5 million people in Tigray who are facing food insecurity. Militants are fighting people by cutting down the food supply.

On May 6, 2021, the U.N. issued $65 million in aid to Ethiopia. U.N. ambassadors stress using the money to help women and girls who armed militias have brutalized and abused. In addition, USAID has provided Ethiopia with $152 million for military purposes, trying to address humanitarian needs and investigate cases of ethnic cleansing within the country. While government forces are scrambling to find funding, help from Ethiopians in the diaspora is strong.

The Eri Yakl Foundation is a nonprofit organization working on the ground in Sudan to help refugees and distribute emergency grants and support. Dr. Habteab Fesesha began the organization in April 2020. Fesesha is an Eritrean-American physician who created this organization to help Eritrean refugees in Libya, Ethiopia and Sudan with COVID-19. The organization provides education, PPE, sanitation products and clinical health training. When the fighting broke out in November 2020, the foundation quickly concentrated its efforts on the Sudan border.

Fesesha now has two goals. The first is to minimize COVID-19 outbreaks. The second is to provide primary care with a team of medics working at the Tenedba camp in Mafaza, Sudan. Since February 2021, the Eri Yaikl Foundation has received $300,000 from Direct Relief. It has also paired up with the United Peace Organization.

Even though people like Fesesha have commitments to their own tribe, people from each cultural faction of Ethiopia are fighting for survival. The Ethiopian Civil War has caused a famine crisis and it is more important than ever that organizations like the U.N., USAID and the Eri Yakl Foundation continue to provide aid to curb this crisis.