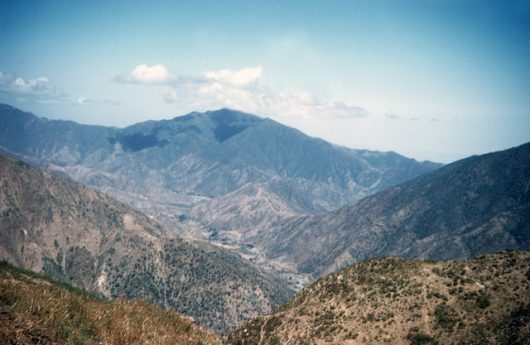 On Tuesday, June 5, 2018, Ethiopia announced that after 16 years of what the BBC has called a “no peace no war” stalemate between the nation and its neighbor Eritrea, Ethiopia will finally accept the Algiers Agreement — a treaty to bring peace to the Horn of Africa and the Ethiopian-Eritrean Border Dispute.

History of the Ethiopian-Eritrean Border Dispute

Ethiopia and Eritrea split into two nations after nearly 30 years of brutal civil war that resulted in Eritrea’s declaring independence from Ethiopia in 1993. Despite this conclusion, peace was short-lived. From 1998-2000, fighting resumed between the two nations over a border dispute centered around both nations’ claim to the town of Badme.

The dispute was rooted in the nations’ differing interpretation of colonial documents demarcating the line between Ethiopia and its subsidiary Eritrea. The Ethiopian-Eritrean 1998-2002 war became Africa’s bloodiest border war on record; in just two years, an estimated 80,000 people lost their lives.

The war culminated in the creation of the December 12, 2000 Algiers Agreement, which stated that both nations would cease fighting and accept the verdict offered by the newly created Eritrea-Ethiopia Boundary Commission (EEBC).

In 2002, the EEBC ruled that the disputed towns along the Ethiopian-Eritrean border, Badme among others, belonged to Eritrea. Under its former, and now deceased, Prime Minister Meles Zenawi, Ethiopia accepted the EEBC’s ruling only “in principle” which lead to the “no peace no war” stalemate that has characterized the Horn of Africa ever since.

Although the Algiers Agreement stated that the two nations would end all hostilities and accept the ruling of the EEBC, Ethiopia refused to pull its troops out of the border towns it still claimed ownership over. Occasional deadly clashes have continued to plague the Ethiopian-Eritrean border region ever since; the most recent occurred in June of 2016, when fighting at Badme resulted in several hundred deaths.

However, the hostile climate along Ethiopian-Eritrean border may have just changed. On Tuesday, June 5, 2018, Ethiopia, under its current Prime Minister Abiy Ahmed, announced that it would officially accept the border decision of the 2000 Algiers Agreement and remove all Ethiopian troops from Badme and the other contested towns.

At his inauguration this past April, Ahmed vowed to improve relations between his nation and Eritrea, and his pledge to end all hostilities over the Ethiopian-Eritrean border dispute was an unexpectedly large step in this direction.

Ending border hostilities could be a huge leap forward in ensuring peace and prosperity in the Horn of Africa. The Eritrean government has long justified its authoritarian and militaristic regime as necessary to protect Eritreans from the continued hostilities of its neighbor Ethiopia, but as Abraham T. Zere of Al Jazeera wrote, “Today, there is a real opportunity to reach a peaceful resolution of this long-standing conflict.”

With Ethiopia offering up the potential for peace, Eritrea has the chance to accept this olive branch and move forward to create a more peaceful and prosperous future for all.