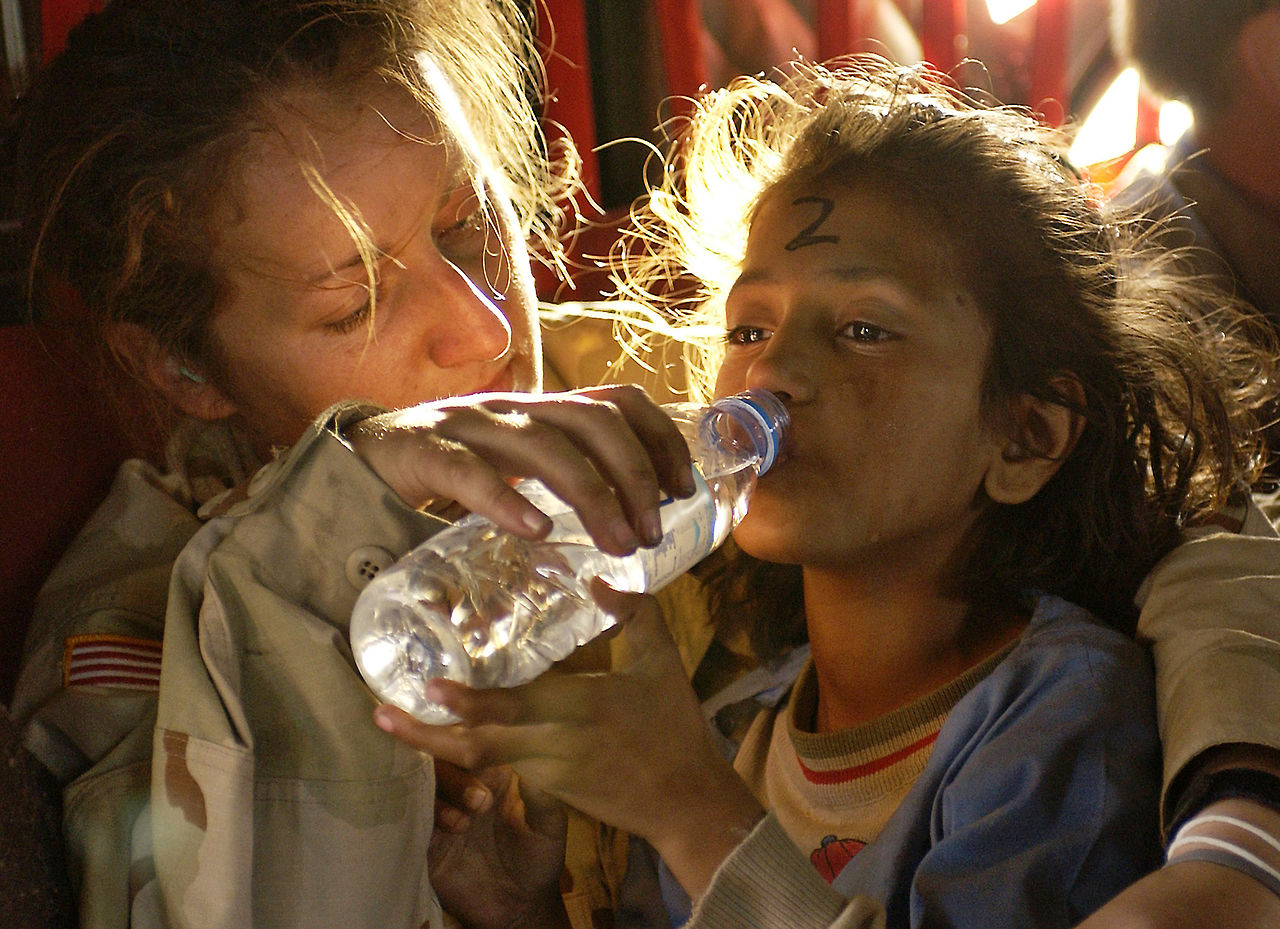 The “specter of the well-fed dead” is an image associated with wasted global aid; the dead bodies have full stomachs but no hope for a better future, exposing the limited, transitory nature of humanitarian aid. This supposed impotency of aid notwithstanding, arguments abound, citing the detrimental effects foreign aid can often have.

Detractors argue foreign aid merely serves as an alibi for real action, which must be wrought at the political level, not simply by pouring money into a broken system in order to defer real change. Fighting parties can compete over aid, prolonging conflicts, and a whole host of other ills can spawn from well-intentioned donations.

These are valid criticisms, but they emphasize the need to optimize—not discontinue—foreign aid. Factor Four improvements, an efficiency tool with great success in environmental initiatives, advocate cutting resource use in half while doubling productivity.

This drastic goal is achievable through changes in the management of aid—chief of which being how aid is labeled, along with reforms in administration.

Many conflicts, such as those in Afghanistan and Somalia, last for decades, rendering these aid labels a moot distinction with real consequences.

On a broader scale, when determining aid eligibility, countries are classified as either low-income or middle-income, with the latter ineligible for World Bank support. This distinction is unhelpful, as middle-income nations are generally the go-to destination for refugees fleeing conflict, leaving these stable nations in temporary need of aid money.

Middle-income nations, such as Jordan and Lebanon, are currently inundated with Syrian refugees; however, their middle-income status bars them from receiving the full amount of aid.

A better parameter for determining aid eligibility is fragility, which would consider not only a lack of stable government, solid economy or basic services, but also violence and poverty, key factors that would include both middle- and low-income countries.

Only 38% of aid currently spent is in fragile countries, a paltry sum that, with a mere change in labeling, could easily be improved, better serving those in greatest need.

Another area of improvement lies in the cost of transferring money from donors to their intended recipients. Forty-six cents on every dollar donated are lost in delivery.

Fortunately, costs can be reduced without sacrificing quality. Aid travels on a convoluted journey to reach recipients: taxpayers funds go to aid ministries before diverting to either NGOs or U.N. agencies and, finally, making their way to local groups or the U.N.’s own initiatives. This tangled web affects humanitarian aid flows, as 40% of U.N. targets aren’t reached.

Greater transparency about costs will help streamline these redundant bureaucratic layers. Similar problems in vaccine delivery, where immunization rates in developing countries have plateaued at 80%, causing 1.5 million premature deaths each year, can be solved by greater investments to improve coverage and extending the use of medical services.

Ultimately, studies on cost effectiveness—not just tallies of the amount of dollars spent—will need to be leveraged in order to determine opportunities for aid maximization. These studies are, however, notoriously difficult to conduct in turbulent nations.

Humanitarian agencies will also need to consider the implicit ethical messages their actions convey in the regions they serve. For example, if aid workers use company cars and equipment for personal expedition trips, this sends the message to locals that those who control the most resources can do as they please.

Or, if aid agencies employ armed guards to protect their resources, the message is that arms are a legitimate means of determining who receives aid, which is one of the messages of warfare.

More sensitivity to how aid agencies’ actions abroad shape perceptions in local communities will help stem the tide of conflict. Research shows it’s easier to modify behavior than it is to change deeply entrenched attitudes.

Governments are ultimately responsible for the well-being of their citizens, so they must view their sovereignty as responsibility, not as autonomy to resist conditional aid. Foreign aid must be seen as a complement—not a substitute—for domestic measures to improve an economy, but with these relatively straightforward paradigm shifts in labels and measures, almost double can be accomplished with half as many resources.