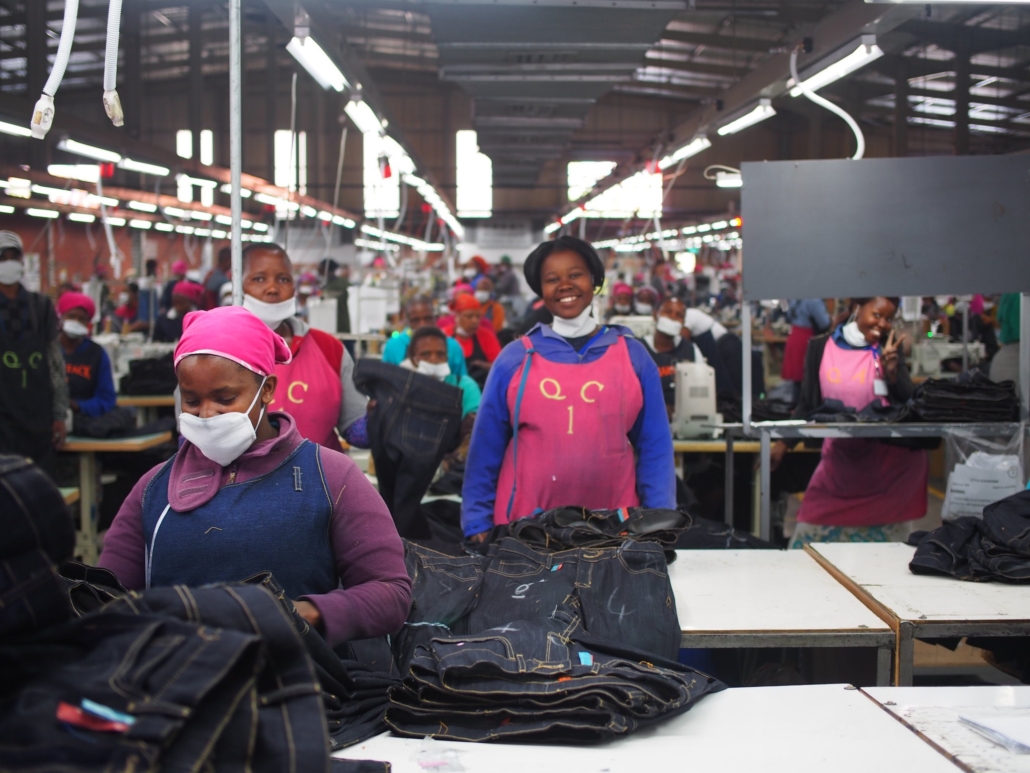 With the ease and opportunity of the globalized market, it is typically advantageous for companies to outsource their production to developing countries where labor is cheap. This incentivizes manufacturers in these countries to cut their production costs as much as possible in order to maintain an edge over their competitors, which they often accomplish by slashing wages and overlooking workplace safety regulations. Described as a “race to the bottom,” this competitive dynamic forces manufacturers to constantly degrade their standards of production and places a crushing burden on workers, which impedes the ethical development of many poor countries globally.

Ethical Apparel Africa (EAA) offers an alternative to this race to the bottom by presenting a responsible model of outsourced production. EAA is an apparel manufacturing and sourcing company that currently partners with five factories in Benin and Ghana. It provides partner factories with expert guidance to improve the quality, capacity and efficiency of their production process. It also connects the partner factories with clients by persuading overseas companies to outsource their manufacturing needs to West Africa.

This operation is lucrative as the EAA facilitated roughly $5 million in exports in 2021 and the EAA expects to hit $7 million in 2022. In return for this boost in output, their partner factories reinvest their profits into the community by creating jobs, paying livable wages and offering generous employee benefits.

As of October 2021, EAA has created more than 1,000 local jobs and aims to create 4,000 more by 2027. On average, workers in the jobs make around four times their prior income and the workers also receive numerous employee benefits ranging from nursing care and subsidized transport to performance bonuses and free lunches. The free lunches are particularly impactful as only 33% of surveyed workers ate three square meals a day before working at EAA.

As part of its approach to ethical development, EAA is also committed to employing women, who make up around 70% of its workforce. Thanks in large part to the “race to the bottom” and its effects on exploitative workplace practices, the International Labor Organization (ILO) estimates that roughly 25 million people around the world are subject to forced labor. The practices disproportionately affect women and women make up 71% of forced laborers. Beyond the obvious moral objections to this modern slavery, promoting gender equality in employment is key for the region’s sustainable growth. Research shows that it equates with greater productivity, higher levels of economic resilience and more equitable distribution of incomes.

There are several reasons why West Africa is a solid economic investment, and EAA’s model of ethical development shows how to utilize these advantages rather than exploit them.

These reasons mean that West Africa will likely become a major producer of international goods in the next several decades. EAA’s work in West Africa provides a model of equitable production that can help manage this expected growth in a responsible manner. By guaranteeing satisfactory wages and working conditions, their manufacturers are alleviating poverty and laying the groundwork for the region’s ethical development.