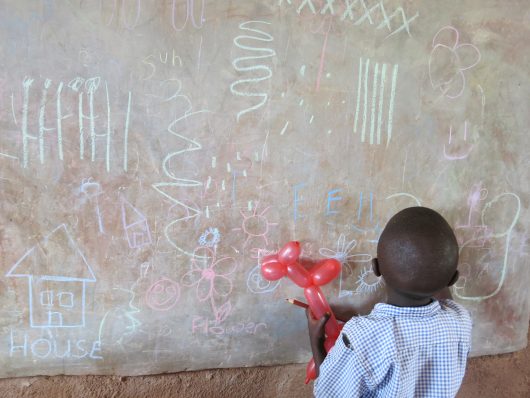 Education in Rwanda has blossomed in the years following the Rwandan Genocide of 1994, currently boasting the highest primary school enrollment rates in the entire continent of Africa. The challenge now is to increase secondary school enrollment, which was only 28 percent in 2011 and get more students to enroll in higher education.

Children are instructed in three different languages in Rwanda: Kinyarwanda, English and French. Kinyarwanda is a Bantu language spoken by around seven million people in Rwanda. These official languages were established after the Rwandan Patriotic Front (RPF) gained control of Rwanda’s government in 1994; many of the RPF’s members grew up in English-speaking Uganda and Tanzania.

Fluency in English, Claver Yisa of the Rwandan education ministry said, will help strengthen Rwanda’s ties with their English-speaking trade partners Uganda, Kenya, and Tanzania, as well as help attract foreign investors in education in Rwanda—most of whom will speak English.

The switch from instruction in Kinyarwanda to English is difficult for some teachers, which is why Rwanda launched STEM (Supporting Teachers’ English proficiency through Mentoring). For effective learning, teachers themselves needed to be more fluent in the language they must teach. Their innovative and effective program earned Rwanda the prestigious Commonwealth Education Good Practice Award in 2015.

Yet there is still a long road ahead of Rwandan teachers, as they work to improve the English skills of students and themselves so more students can go on to further education in Rwanda and abroad. Students’ immersion in the English language has positioned them to be larger contributors to the global economy and will no doubt play an important role in defining Rwanda in the coming years.