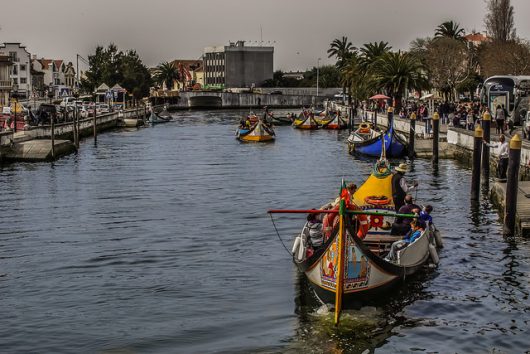 With the passage of the European Drinking Water Directive 98/83/CE by the European Commission (E.C.) in 1998, Portugal has aimed to make 99% of its drinking water safe for human consumption. This has been done in order to protect human health from the adverse effects of water contamination as originally envisioned by the Directive.

It may seem like an ambitious plan, but water quality in Portugal has seen steady improvements. Prior to the directive, drinking water regulations in Portugal were controlled with laws that also governed the usage of both urban water and industrial water.

Today, a so-called “integrated risk analysis” approach is utilized to control the levels of pesticide in tap water, taking into account variables such as agricultural practices and type of water source that affect the presence of pesticides in drinking water.

Non-compliance with drinking water quality in Portugal is corrected by requiring the drinking water suppliers to not only register the causes for the possible health risks but also incorporate remedial actions with verification analyses.

This way, the Water and Waste Services Regulation Authority, known as ERSAR, and pertinent health authorities can apparently evaluate the water with greater immediacy. ERSAR was created in 1990 as a national regulatory agency to monitor water efficiency and ensure compliance.

However, this aim to make drinking water completely safe has not been dutifully followed in the past. Portugal initially failed to follow some of the parameters of the Directive in managing urban wastewater in 2007, forcing the E.C. to refer Portugal to the European Court of Justice (ECJ).

Portugal’s water sources mainly include the rivers of Tagus, Douro, Guadiana and Minho. More than half of these water sources have significant levels of pollution.

In 2015, the director of ERSAR’s water quality department referred to the annual Quality Control of Water for Human Consumption report, stating that “we continue to be able to drink tap water in Portugal without worry and, despite already being close to perfection, the safe water percentage continues to rise, from 98.2% in 2013 to 98.4% in 2014.”

In the 1990s, Portugal could only guarantee about 50% of its water to be safe for human consumption. Even that came at a great disparity between rural and urban areas.

According to a report by European Environmental Agency in 2013, Portugal was one of the eight European countries listed as having an “excellent” water quality with 87% of the country’s bathing waters meeting environmental standards.

Luís Simas, the head of Drinking Water Quality Department at ERSAR summarized in a Regulatory Model Report that ensuring good water quality in Portugal in the future can be accomplished through “the national implementation of the water safety planning approach and the application of a certification scheme for all products in contact with drinking water.”