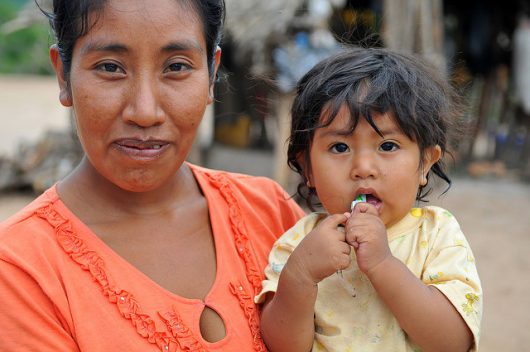 Neglected tropical diseases are widespread in sub-Saharan Africa, Asia and South America. They disproportionately affect the world’s poor and make it even harder for these people to climb out of poverty.

These diseases collectively kill hundreds of thousands of people each year and they significantly harm hundreds of millions more. NTDs can lead to sickness, deformities and even blindness. Infected children are also at risk of malnutrition and stunted growth.

These symptoms cause more than personal suffering; they also threaten the long-term development of entire communities. Adults afflicted by these diseases are often unable to work or care for their families and may become socially isolated. Affected children are often unable to regularly attend school to learn the skills they need to help themselves and their communities.

Taken together, the effects of neglected tropical diseases add up to billions of dollars in lost productivity. Those losses are hard to absorb for these already-impoverished areas.

The good news is that fighting neglected tropical diseases is easier, cheaper and more efficient than dealing with many other widespread health issues. These diseases are preventable and some, like river blindness, are treatable with currently available drugs.

Since several of these diseases are often concentrated in a single area, effective treatment of one often helps with others as well. Several of the most effective drugs are also available for free as donations from their developers. It is likely that half a billion people suffering from these diseases could be treated for less than $400 million.

With this in mind, there is a very real chance that the impact of neglected tropical diseases could be severely reduced within a generation. The World Health Organization even has a goal to completely eradicate two or more by 2020. To achieve this goal, though, it is likely that the international community will have to make a greater commitment to cooperate in fighting neglected tropical diseases.

In recent years, U.S. efforts to support researching and treating neglected tropical diseases have amounted to little more than treading water. Congress has had to renew support for existing research centers on a yearly basis since long-term authorization ended in 2009. This may be changing soon, however.

In November, the End Neglected Tropical Diseases Act was sent out of committee to be considered by the full House of Representatives. While it is still in a relatively early stage, the bill has already been cosponsored by representatives from both parties.

If implemented, the bill would protect current research funding and keep Congress more directly informed about neglected tropical diseases. It would also shift U.S. policy into directly supporting the international effort against them. Specifically, U.S. representatives at the U.N. and World Bank would be instructed to promote researching, monitoring and fighting neglected tropical diseases.

While the bill does not allocate a great deal of money for the problem (the CBO estimates that the bill will cost only $14 million over five years), the End Neglected Tropical Diseases Act would be the first step in years toward more directly involving the U.S. in this crucial global health issue. With continued U.S. and international efforts, these diseases may no longer be so neglected.