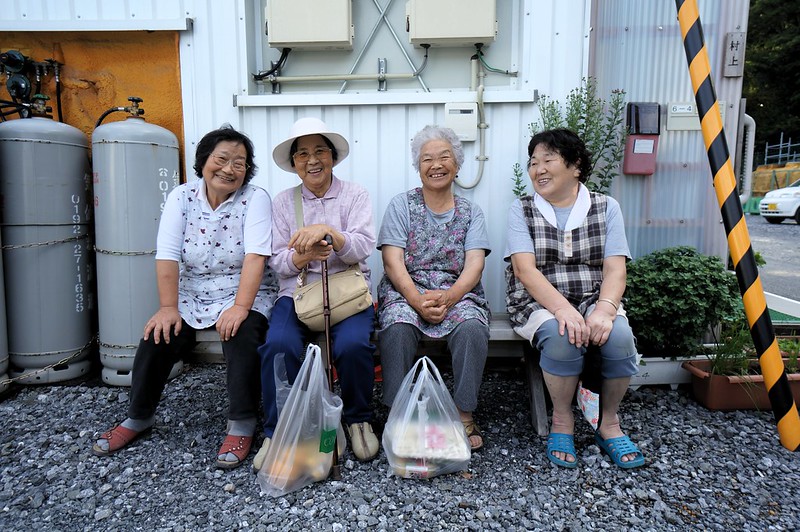 With a robust elderly population that only continues to grow, Japan faces an unconventional problem concerning its impoverished elder populations. Food security and homelessness have resurfaced as an increasing number of Japan’s older residents find themselves strapped for money and without access to basic needs. The number of those reliant on public assistance had been steadily decreasing since the mid-90s; however, recent socio-economic issues like COVID-19 have increased elderly poverty in Japan.

Home to an elderly population of 18.1%, Japan boasts one of the highest life expectancies in the world, at 81 and 87 years for men and women respectively. According to the Organisation for Economic Cooperation and Development (OECD), Japan is expected to maintain and grow this high life expectancy. Since 2008, when Japan’s population peaked, it’s gradually been decreasing and aging as the number of elderly increases and the rate of births slow. Those older than 65 comprise 28.4% of the population—a number that’s projected to reach 35.3% by 2040.

Japan’s public pension system ensures at least all citizens are covered to a certain standard, and as such, has improved securing basic daily needs for their elderly population. After a 1994 bill passed to reform public pensions in Japan, the amount of the population on public assistance rose from 1.6% in 1995 to 2.9% in 2015. While some attribute a slowing economy to this, nuances of poverty that can’t be fixed by the income security Japan’s public pension program provides seems to be prevalent among the elderly.

One such issue that can’t be addressed by the pension system, is the amount of elderly in Japan that live alone—a number that’s much higher in Japan than in other countries.

Elderly poverty is particularly a concern among adults older than 75 years old with severe income disparities observable starting at the age of 65 years, and many of them live alone.

At this age, many are retiring or unable to work, while some who may have been married to the provider in the family find themselves without an income when the provider passes. While it used to be custom for the elderly to move in with their children, who could care for their aging parents, the slowing rate of births means that an increasing number of the aging population do not have kids who can take care of them, and even those who do might be reluctant, not wanting to impose on the life their children have made for themselves.

A study conducted on the living conditions of Japan’s elderly population showed several factors associated closely with mortality, including no air conditioning, no refrigerator and the cut-off of several essential services due to costliness. Out of the 7614 participants in the study, 12% struggled with one of these factors while 3.3% struggled with at least two.

The elderly are one of the more vulnerable populations that fall under the poverty umbrella as they’re more likely to have health conditions and income disparities. Moreover, the poor and elderly who get sick or injured don’t have any means of being helped; not only is there no one to attend to them and make sure they get access to the healthcare they need, but those who can’t afford to meet their daily needs—which makes them more susceptible to illness and injury—will also struggle to pay for healthcare. A deficiency in being able to maintain their lifestyle resulted in 27,000 early deaths among elderly Japanese every year.

The government designed the original pension system under the assumption that many women quit their jobs to take care of their children after marrying, and as such, the pension takes care to cater to women. However, divorce and never-married populations have become more prevalent since, leaving women who are not married to receive only a small portion of what a married woman would receive, which isn’t enough to maintain a sustainable living standard. Currently, the poverty rate of women over the age of 65, is 22%.

Introduced to the public in 2000, this brand of socialized medical care deploys mandatory health coverage to everyone in Japan older than 65, according to their mental and physical health needs.

Due to the mandatory nature of this coverage, its flexibility and accessibility are its key components, with the coverage extending to a variety of types of healthcare according to an individual’s needs in both the public and private sectors. Long-term Care Insurance also tries to focus on cultivating community support, attributing to the ease of isolation many of the elderly find themselves in, to alleviate premature deaths.

While elderly poverty in Japan is expected to increase due to the country’s rising life expectancy rate and declining birth rate, the government is taking steps to ensure elderly poverty is addressed, such as implementing the public pension plan and the Long-term Care Insurance.