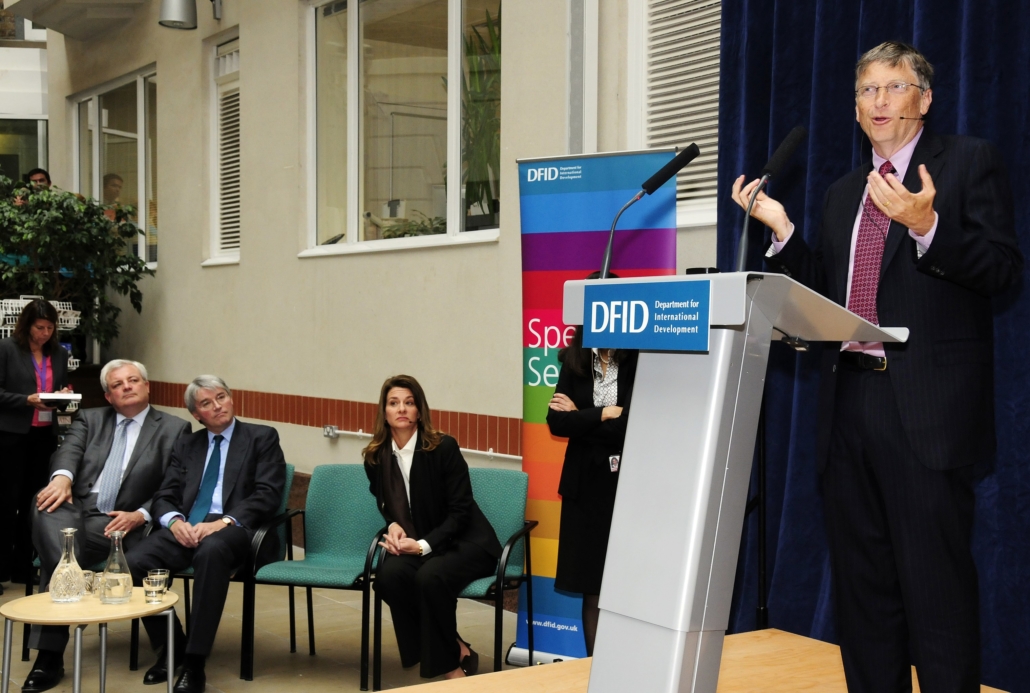 At the 2021 Generation Equality Forum, the Gates Foundation announced it would donate more than $2 billion to help improve gender equality worldwide. Over the next five years, the foundation plans to use the money to advance gender equality in three main areas: economic support, family planning and placing women in leadership roles. The Gates Foundation’s goal behind this decision is to specifically focus on gender-related issues that have worsened due to the COVID-19 pandemic. For example, the International Labor Organization found that unemployment for women increased by nine million from 2019 to 2020. Since the foundation has dedicated itself to supporting gender equality for many years, this monetary commitment will accelerate its progress.

Actions From the Foundation

Besides its billion-dollar donation, the Gates Foundation has been dedicating its work to create solutions for the lack of women’s equality for many years. In addition to several other million-dollar donations, in 2020, the foundation formally established the Gender Equality Division to prioritize its commitment to improving the lives of women and girls. From family health to economic empowerment, the foundation is working on expanding access to a variety of social, medical and educational services. This includes analyzing factors that help or hinder women and advising international governments on how to better support gender equality.

Solutions From Other Organizations

Aside from the Gates Foundation’s various efforts, other projects can improve circumstances relevant to global gender equality. One vital step to this process is looking at data from around the world. Data2X created a campaign that draws attention to issues associated with gender and proposes possible improvements. Similarly, another organization, Equality Now, uses legal and systemic advocacy to help improve global gender equality. Furthermore, after donating more than $400 million, the Ford Foundation has also committed to helping fix various gender-related issues. These issues include inequality in the economy and workforce.

The Gates Foundation’s donation of more than $2 billion is one significant step in eliminating global gender inequality. With initiatives worldwide, women and girls are gaining the equality and respect they should have always had. In addition, the Gates Foundation is supported by Data2X, Equality Now and the Ford Foundation. Together, people everywhere are working to understand and improve global gender equality. 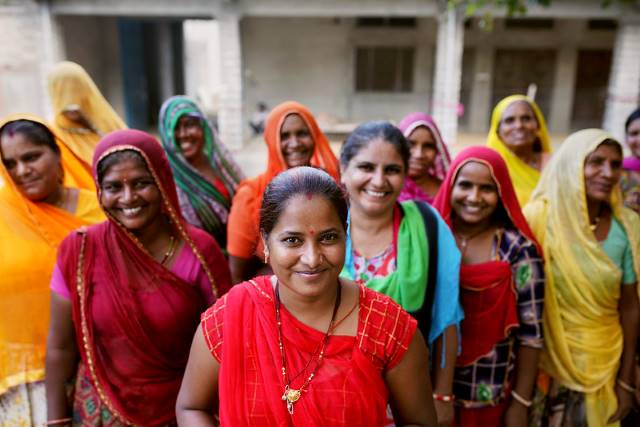 Equality Now was founded in 1992 in New York when three feminist lawyers, Jessica Neuwirth, Navanethem “Navi” Pillay and Feryal Gharahi decided that domestic violence, rape and female genital mutilation could no longer be acceptable. The lawyers began to challenge cultural norms, recognizing that the best way to encourage the world at large to care about their cause was to choose specific cases of abuse and focus all media attention on these cases. The three established a mission to use the legal system to promote and protect the human rights of women around the world. Each year, the organization hosts a Make Equality Reality Gala to raise money to support the organization’s legal team. Dec. 3, 2020, marked the eighth annual gala, though the organization had to host it virtually due to the COVID-19 pandemic.

The Make Equality Reality Gala opened with a few words from the actor, author and producer Sheetal Sheth as well as actor, writer and producer Aasif Mandvi. They informed their audience of the mission of Equality Now and reiterated that the best way to support the organization is to donate to the cause. The video then cuts to snippets of interviews with the Equality Now staff explaining their activities throughout the year and how they made the best of quarantine. Some of their responses were light-hearted, like learning how to knit and bake. Other responses took on a more serious note, like working with other human rights organizations.

Jameela Jamil marks the first-star appearance to tell viewers that the future lies in the hands of young girls. However, she also notes that the future is at risk. Jamil tells audiences that one in 10 girls faces sexual violence in her lifetime. In addition, she says that 3 million young girls are victims of female genital mutilation in 92 countries, including the United States, and that girls make up the vast majority of victims of sex trafficking all around the world.

The gala included a presentation outlining the work of Equality Now since its founding, including helping young girls win rape cases in court or assisting girls in winning back their freedom after being married off as children. This organization has also helped women in Kuwait secure the right to vote. The organization works with governments in 193 countries around the world to create and change laws so that women and young girls are free to reach their full potential.

A Call to Action and Awareness

Over the course of the rest of the Make Equality Reality Gala, the lineup entailed performances from the cast of Netflix’s “Grand Army,” English singer/songwriter Jess Glynne and numerous speeches and calls to action from the biggest names in entertainment. There was also a performance of Two Girls, a play written by Katie Cappiello to raise awareness of the exploitation and abuse of women that occurs on the internet. Meryl Streep also delivered a tribute to the late Supreme Court Justice Ruth Bader Ginsburg. Glynne closed out the gala with a performance of her song “I’ll Be There” and a montage of photos and videos of frontline healthcare workers, women at protests and women in positions of power.

Gucci and Chime for Change presented the Changemaker Award to Nadeen Ashraf. Ashraf is a 22-year-old filmmaker from Cairo, Egypt, best known for her work as the founder of Assault Police, an Instagram account Ashraf uses to highlight the gendered injustices happening in Egypt. She began to gain notoriety through the Instagram account and played an instrumental role in the passing of an Egyptian law to protect the identity of sexual violence victims.

The Make Equality Reality Gala raised more than $380,000 in 2020 to continue to support the efforts of the lawyers and other staff around the world who work tirelessly to promote equal rights for women. Even an ordinary individual can make a difference by donating or fundraising to support the work that Equality Now does to empower girls and women across the globe. 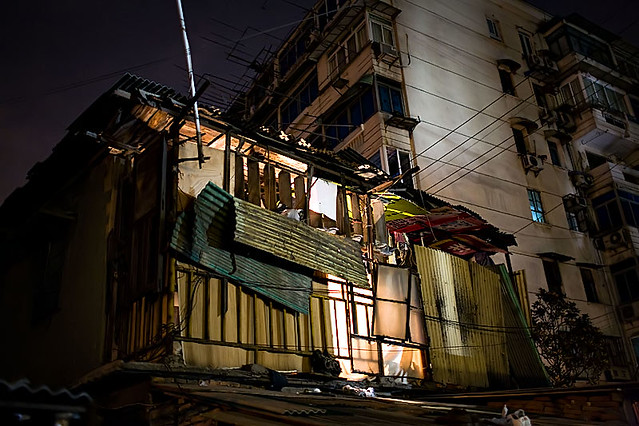 Human trafficking is any forced exploitation or trade of human beings against their will. Though it primarily manifests itself in the forms of forced labor and modern slavery, human trafficking can also apply to other issues such as sex trafficking, forced criminality and forced organ removal. China has fallen victim to these increased rates of human trafficking, and the issue will continue to prevail until more people become aware of the horrible atrocities that are occurring throughout the East Asian nation.

10 Facts About Human Trafficking in China

Evidently, China has a continuously growing issue of human trafficking. Both Chinese citizens and foreigners can suffer exploitation in forced labor, among other things. Because of China’s vast geographic reach, combatting this issue is more difficult. That said, government initiatives, as well as anti-trafficking non-governmental organizations and local groups, are all contributing to decreasing human trafficking throughout China. The problem may seem insurmountable now, but as long as people continue to learn and spread awareness about trafficking in China, solutions will become more clear. 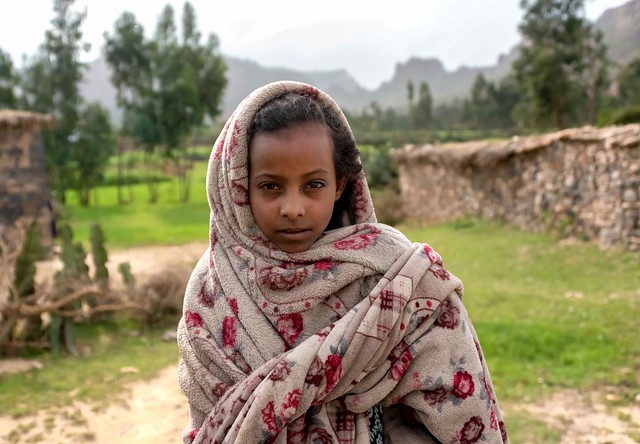 Women’s empowerment in the developing world is a major tool that countries can use to alleviate socioeconomic issues like poverty and corruption. Here are the top five organizations that empower women.

Without empowering its women, no country can hope to eliminate issues like poverty. These 5 organizations that empower women are committed to ending inequality in the developing world. 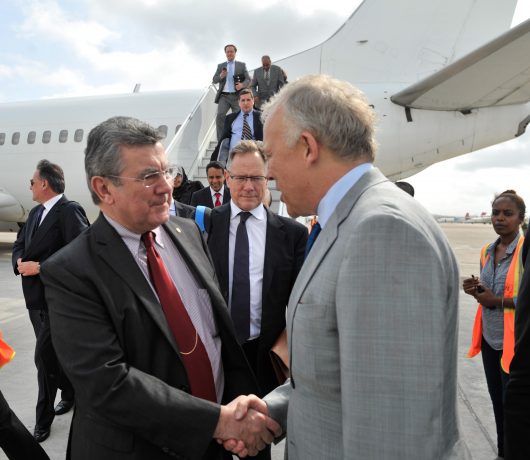 As UN Secretary General Ban Ki-Moon’s term comes to an end in 2016, the selection procedure for the next leader has been underway since January. The position is indeed invested with the prestige and heavy responsibilities as old as the organization itself – but the promises of candidates and the unprecedented public stage the selection process is taking this year indicate the body is adapting to new currents as well.

The disclosed Vision Statements of these candidates address a variety of policies, but many focus on the issue of structurally reforming the UN body, especially the Security Council. Their approach on reform ranges from Natalia Gherman’s “zero tolerance policy on mismanagement, fraud, abuse, corruption and unethical behavior” to Vuk Jeremic’s promise for utilizing social media to communicate with youth and ensure transparency. Economic empowerment of women worldwide and consistent effort for Sustainable Development Goals were also recurring topics.

The selection procedure is expected to be the most transparent in the UN’s 70 years of history, as the UN General Assembly will organize public debates in London and New York. Not only will diplomats of all 193 member’s states attend, but the event will be open to social organizations and individuals as well. A video of the event will be released on the UN website – the first round of informal dialogues and Q&A sessions with the civil society board has already been uploaded. Compared to how all debates and hearings were held behind closed doors until Secretary General Ban Ki-Moon’s election, this constitutes a big step in guaranteeing the equity in deciding the leadership of the world’s largest coalition of nations.

Following the principle of regional rotation, the next Secretary General is most likely to be selected from Eastern Europe. But many organizations, such as Equality Now, are also arguing for a fair gender representation. The first female UN Secretary General would not only be a symbolic empowerment for female politicians worldwide but would also increase the body’s knowledge in women’s issues. “A woman as secretary general would send a strong signal of progress,” said Phumzile Mlambo-Ngcuka, head of UN Women.