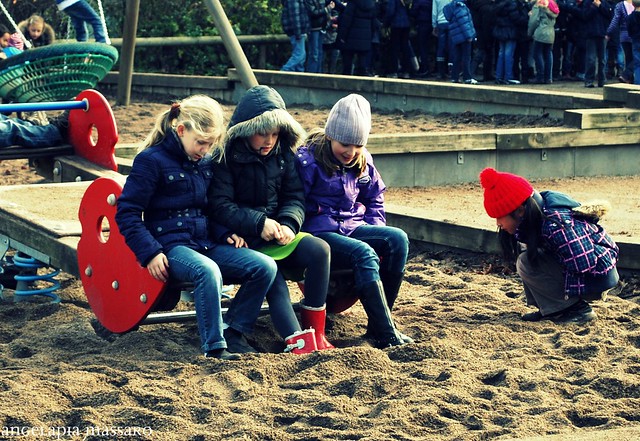 Although Germany is experiencing record-low unemployment and the economy has been improving over the years, overall poverty in Germany is increasing. Since Germany’s reunification in 1990, the poverty rate has never been higher than its current state. Ulrich Schneider — chief executive of Germany’s Equal Welfare Organization — was quoted in an article by the “Deutsche Welle” saying “Poverty has never been as high and the regional disunity has never run as deep.”

In 2013, a survey titled “Living in Europe” released results showing that 16.2 million people in Germany were victims of poverty. That astounding number makes up 20.3% of the German population. As previously stated, poverty in Germany has been increasing over the years and the statistics only support that fact. The percentage of the impoverished German population has ranged from 19.6 to 21.9 since 2008. The poverty issue in Germany has affected men and women alike, but it has affected children more than anything.

In 2014, there were an estimated 1.9 million minors growing up in impoverished households in Germany. Surprisingly, that number shot up by 52,000 in the span of one year. This horrific statistic will haunt the lives of many for years to come. Statistics show “that 57.2 percent of children between the ages of seven and 15 had been supported by basic welfare for a period of at least three years.” Anette Stein — an expert working at the Bertelsmann Foundation — knows from work experience: “The longer that a child lives on welfare, the worse the consequences are.”

How Germany is Trying to Appease Poverty

Schneider is aware of Germany’s current status and has proposed to appease the situation by increasing welfare rates and creating more employment opportunities. It was decided in 2015 that in order to create thousands of new jobs for poverty-stricken German citizens, a substantial amount of money would have to be spent. Andre Nahles — a German Labor Minister — stated Germany “will use 2.7 billion euros ($3 billion) from the European Social Fund, plus 4.3 billion euros from within Germany.”

This plan will create 26 different programs within Germany and run until the year 2020. The German labor industry claims that almost 40% of the money will be invested in “the promotion of social integration and the battle against poverty.”

Although Germany is currently in a poor position, their current state does not come as much of a surprise. Statisticians have reported that the European Union as a whole is in worse shape than Germany. Twenty-four point five percent of the EU’s population is facing poverty and social exclusion. Additionally, “16.7 percent of the population was at risk of poverty, 9.6 percent significantly material-disadvantaged and 10.7 percent were living in households with very low labor market participation.”

Germany has a lot of improvements to make before it can get back on track as a country, but it is attacking its problems head-on. The Germans have not shied away from improving welfare efforts and have implemented plans for progression. With Germany’s economy on the rise and the unemployment rate on the decline, it should only be a matter of time before poverty in Germany takes a turn for the better.