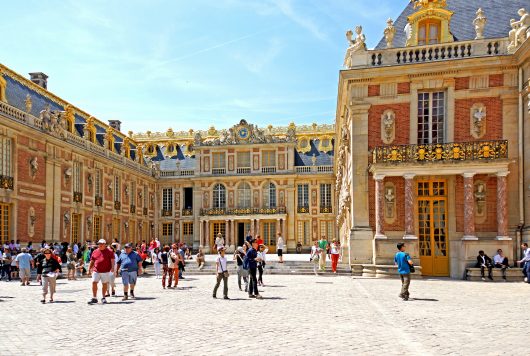 It is widely known that developing nations are plagued by different diseases than industrialized nations. While most global deaths by non-communicable diseases occur in poverty-stricken nations, the citizens of industrialized nations also typically die of similar illnesses. In fact, 88 percent of people in high-income countries die of conditions such as heart attack, stroke, cancer and diabetes.

France, a wealthy nation with the fifth largest economy in the world, follows this trend. The top diseases in France are cancer, neuropsychiatric conditions (such as Alzheimer’s), cardiovascular disease and diabetes.

Regardless of a country’s income, poverty impacts the epidemiology of disease. The basic relationship between poverty and health is rather straightforward: with lower incomes, the poor struggle to afford quality food and medical treatments. For example, one study suggests that not having access to fresh fruits and veggies may account for the increased rate of gastrointestinal cancers in the poor. Along with a higher infection rate, poor people with cancer often suffer more pain from the disease.

In addition, the impoverished typically have less knowledge about healthy lifestyles and engage in risky activities, such as smoking. Reuters presented a study showing that poverty and poor education correlate directly with the risk of heart disease. Another link between poverty and epidemiology is that poor people typically have weaker support systems. This makes caring for chronic conditions such as diabetes challenging.

While this may be surprising, 14 percent of the Frenh population actually lived below the poverty line in 2012. The unemployment rate was at 9.8 percent in 2014. About 26 percent of French people said they did not follow through on at least one medical treatment due to finances. Those in the lowest quintile of income were three times more likely to not seek medical treatment than those in the top quintile of income. Furthermore, people with higher incomes were more like to see a specialist doctor (such as a cardiologist or oncologist).

Healthcare affordability is not the only connection between poverty and disease. Trends in substance abuse among lower income citizens are also connected with the top diseases in France. Alcohol and tobacco use can be linked to the most avoidable deaths in the country. Alcohol and tobacco are typically used more often in areas with lower socioeconomic statuses. In fact, the unemployed accounted for increasing smoking rates from 44 percent to 50.8 percent between 2005 and 2010. These trends may shed light on the high prevalence of breast and colon cancer in France.

Fortunately, France has universal healthcare; 77.4 percent of healthcare costs are covered by this system. The remaining costs are either out of pocket expenses or covered by voluntary health insurance. Overall, France is a healthy country compared to other European countries. The average life expectancy is eight years longer than other countries in that region. Healthy life expectancy is five years longer.

There are still issues in regards to coverage and access. Poorer people in France are missing treatments because of finances. Consequently, the country is making an effort to reduce the financial burden of the top diseases in France. The government has begun offering free breast and colorectal cancer screenings to older adults. These two cancers account for 16 percent of all cancer deaths in France. Thirty percent of all breast cancer cases in 2012 were detected through the free screenings.

While France is one of the wealthiest nations in the world, citizens are still vulnerable to the effects of poverty. However, the country realizes where healthcare falls short and is working towards protecting vulnerable populations. Lessons learned in France can be used as a model for other nations. Hopefully, the epidemic of chronic diseases will be solved so that today’s developing nations will not have the same plight in the future. Good solutions can transcend culture and help people all over the world. 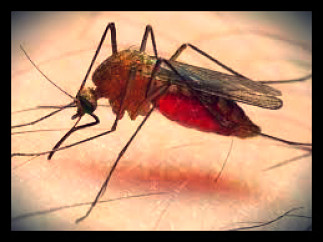 Harvard epidemiologist Caroline Buckee has figured out a way to use a cell phone tower in Kericho, Kenya to help in the fight against malaria. She was able to interpret data showing that individuals who are making phone calls or sending text messages in Kericho were more likely to travel to a different region in Kenya, which is a known hotspot for Malaria.

This data has fed into a new set of predictive models. These models have shown the most effective places to attack the malaria parasite, showing researchers sources and hotspots. This data mining will help to organize a currently unorganized system of record keeping. The models may also help design new measures that are likely to include campaigns to send text messages to people warning them to use bed netting, as well as to help officials choose where to focus their control efforts.

Eliminating malaria is just one of the potential benefits of this technology. It can also build tools that health-care and government workers can use to detect and monitor epidemics, disasters, and optimize transportation systems. Data mining could prove particularly useful in poorer countries where there is currently little to no actual model in place.

This type of phone tracking could also be useful for other trends and figures such as employment trends, poverty, transportation and economic activity within a given region. Countries without a functioning census could benefit quite a bit from this type of technology. Cell phones have the capability to provide researchers with all of the infrastructures that are already built in the developed world.

Careful precautions are being taken to ensure an individual’s privacy is not infringed upon. However, this has not stopped many corporations from expressing concerns about releasing their customer’s data to the wrong hands.

Data-mining is handing a road map to a population’s movements and trends pinpointing them in given locations. Researchers, like Buckee are taking every step possible to show people the importance of data-mining. Buckee has explained that with phone data, the possibility to target drug-resistant strains of the malaria parasite becomes a possibility. This could help eliminate the proliferation of the disease.

“This is the future of epidemiology,” Buckee says. “If we are to eradicate malaria, this is how we will do it.”