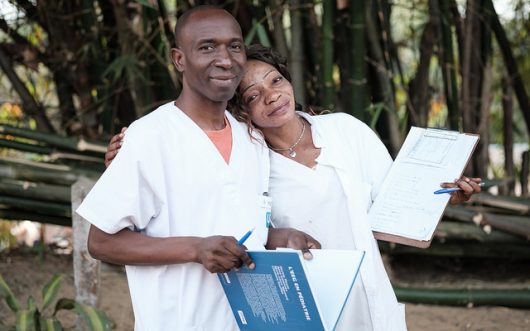 The 2013 African Ebola epidemic took an international cooperative effort to contain. Now that the disease is beginning to spread in the Democratic Republic of the Congo, countries are taking a preemptive strategy to help quell the virus before it gets out of hand.

The Situation in the Congo

The World Health Organization (WHO) originally estimated it would take $26 million in foreign aid to gain control of the situation, but as confirmed cases began popping up in more populated areas, they increased their need to $56 million. As of May 2018, there have been 54 reported cases in the recent Ebola outbreak. While it is a relatively small number, the epidemic nature of the disease has grabbed the attention of WHO and the international community, especially since the last Ebola outbreak was so deadly.

Among the cases of Ebola, 35 are confirmed, 13 are likely and six are suspected. Currently, the recent virus has caused 25 deaths. Health officials in the Congo say it is imperative to properly bury the dead to prevent further spread of the disease. With proper treatment, they predict the fatality rate should stay below 50 percent.

While the Congo has had nine recorded Ebola outbreaks before, this one poses a higher risk since the disease has moved to an urban area. However, the relative familiarity with Ebola in the country makes it easier to deal with. The Congo already has some infrastructure in place, like vaccination centers, to help fight the disease.

The $56 million in estimated response money would go towards things like helping the Congolese government monitor the spread of the disease, setting up treatment facilities for those afflicted and informing local communities on how to best contain the virus. The challenge of containing the disease in an urban area, like the provincial capital of Mbandaka, is an expensive one, but one that can be contained with proper funding and government response.

The Global Response to the Recent Ebola Outbreak

In response to news of the outbreak, the U.N. has allocated $2 million from the Central Emergency Response Fund (CERF) to help the relief effort in the Congo. The head of the CERF has emphasized that the early response from the global community will determine whether the outbreak goes viral or stays contained.

The global community is reacting quickly in order to prevent a repeat of the 2013 viral outbreak, which killed 11,300 West Africans. In response to the virus, the U.S. has increased its initial pledge of $1 million to $8 million, making it the largest single donor to date.

On top of that, the world has not yet forgotten the lessons of the 2013 Ebola outbreak in West Africa. While the international response to that crisis was heavily criticized for being slow to act, countries are coming together and cooperating to stop the spread of this virus before it gets out of hand. Besides the U.S., other countries currently contributing to the cause include Germany ($5.9 million), the U.K. ($1.7 million), and Canada ($2.5 million).

As countries decide whether to give and how much, many look to the U.S. for guidance. During the 2013 Ebola outbreak in West Africa, the U.S. donated $2.4 billion out of the total $3.6 billion the WHO used in response. At a 66.6 percent share of the bill, the U.S. acts as the world’s leader for responses to world crises. Since the U.S. has recently increased its donation by $7 million, other countries can be expected to follow suit.

While the recent Ebola outbreak in the Congo has the potential to spread virally, the initial response from the international community has been promising. By learning from the last viral African Ebola outbreak, the U.S. and the rest of the global community are stepping forward to help stop the disease before it gets out of hand. More can always be done, and the WHO is still far from its $56 million goal, but the response so far is hopeful.