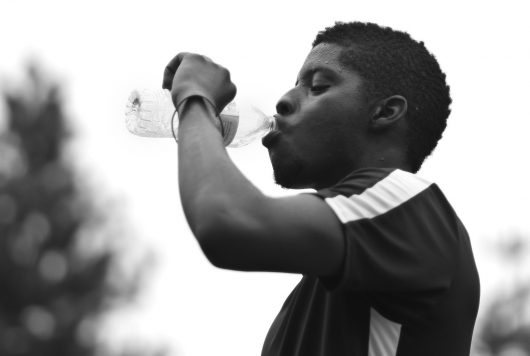 Water quality in the United States is considered to be one of the safest in the world. This is because the Environmental Protection Agency (EPA) sets standards and regulations on the presence and acceptable levels of over 90 different contaminants in public drinking water, including E.coli, Salmonella, Cryptosporidium, metals and disinfection byproducts.

Elevated levels of contaminants like E.coli can cause gastrointestinal illness, reproductive problems and neurological disorders in the immunologically comprised, such as infants, the elderly or individuals who are already ill.

The Center for Disease Control (CDC) also requires every community water supplier to provide an annual Consumer Confidence Report that includes information on the local drinking water quality, any contaminants found in the water supply and how consumers can get involved in protecting and upholding their water quality.

So how do water crises like the Flint water crisis, which drew national media coverage in January of this year, happen?

According to CNN, around two years ago, the state of Michigan decided to switch Flint’s water supply from Lake Huron to the Flint River, a local river notorious for being filthy. Residents of Flint did not believe the state government would actually go through with the switch, but they did, compromising the quality of drinking water available to the residents of the town.

The Flint River is highly corrosive and eroded the iron water mains as well as the lead service lines leading into residents’ homes, allowing near-toxic levels of iron and lead to enter the water (and the systems of anyone who dared drink the now-brown tap water).

Flint’s water crisis emphasizes the importance of activism at the individual level. Understanding where drinking water comes from and what constitutes good water quality in the United States is important, as is knowing how to contact your local representatives and voice your concerns.

If everyone was better informed about where his or her drinking water comes from, common water contaminants and symptoms of illnesses related to these contaminants, water crises like Flint could be avoided in the future. 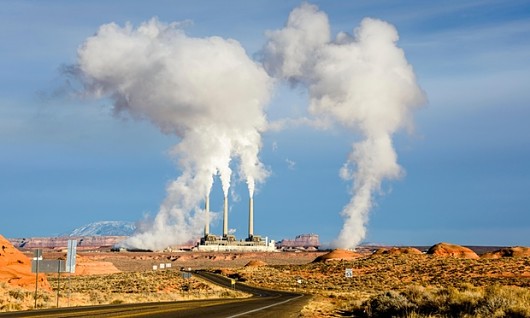 On Aug. 3, President Obama passed the landmark Clean Power Plan, which would issue new state-by-state regulations for carbon emissions. On the surface, this new legislation looks to bring promising climate reform with little drawbacks, but a closer look reveals some compromising effects to impoverished areas. While the rest of the country may experience more favorable emissions levels, those near the bottom of the poverty rung look to be impacted the hardest by this plan.

The objective of the Clean Power Plan is simple. According to UCSUSA, “The Clean Power Plan establishes state-by-state targets for carbon emissions reductions, and it offers a flexible framework under which states may meet those targets. The final version of the rule would reduce national electricity sector emissions by an estimated 32 percent below 2005 levels by 2030.” The plan operates differently in each state with its results contingent upon that particular state’s choices in how to reinvest in alternate energy sources.

The plan appears promising, but its costs may fall especially hard on people in poverty. An article published in the Wall Street Journal examined exactly how those in poverty would feel the heat from this plan. An excerpt from this article reads, “It is more accurate to say that any economic disparities arise from the rule itself. Regulations that artificially raise energy prices are regressive. By definition the poor — er, low-income community members — spend a larger share of their incomes on fuel and utilities than the well-to-do climate activists.” While it is intended to bring about positive reform, the Clean Power Plan is inadvertently causing more hardship to a struggling group.

Some options exist to help alleviate financial stresses from the plan. The same Wall Street Journal article states, “The EPA thus requires states to set up ‘financial assistance programs’ only for those living near or below the poverty line.” While these plans do help people in poverty support the Clean Power Plan in their state, more needs to be done to make this plan succeed at a reasonable cost for all.

Recently, a Green Iowa Americorps member informed me that farmers in the state of Iowa have lost four days of field time since 1896. Due to an increase of approximately 8% in rainfall across the state, farmers now face very rainy springs and drier autumns, both of which threaten the hydrologic balance necessary for crop production.

For Iowa farmers, these changes affect their livelihood from year to year. More rain during the planting season could equate to a season without a harvest, or at least lower yields. These changes also incur anxiety for the state’s residents, many of whom were affected by the large-scale flooding in 2008 and who now look to spring with apprehension.

The Third National Climate Assessment released by the White House on May 5 takes note of the climate changes taking effect across the country, like the ones observed in Iowa, and chastises the definitive changes humans have brought to the world.

The report informs, in detail, how climate change will adversely affect the American water supply, agriculture, human health and ecosystems, among other things.

Despite the report’s thorough and informative nature, as well as its website’s appealing layout, it fails to stress the global impact of American culture on the rest of the world. While the report was created to address the problems of climate within the U.S., it only just addresses the U.S.’s prominence in creating it around the world, thereby creating a blind spot in any discussion of climate and limiting the report’s effectiveness.

Warmer air and higher ocean temperatures, melting ice and snow and an increased presence of diseases spread by mosquitoes and other vectors could disrupt food production and foster global poverty and hunger.

The U.S. itself plays a major role in climate change, a reality this report skims over lightly. While global concerns are mentioned, such as how “global temperatures could cause associated increases in premature deaths related to worsened ozone and particle pollution,” the U.S. isn’t named as one of the prime instigator’s of this trend. Instead, the U.S. is treated as one of the victims.

The Environmental Protection Agency reported in 2008 that the leading CO2 emitters were China, the U.S., the European Union, India, the Russian Federation, Japan and Canada. For third world countries attempting to catch up with the U.S. and other world powers, energy efficient manufacturing means are out of reach, something the U.S. should confront and have a greater hand in supporting.

Instead of addressing climate change in order to look after the U.S.’ own domestic interests, the U.S. government and its citizens need to be more responsible for how their actions impact the rest of the world. 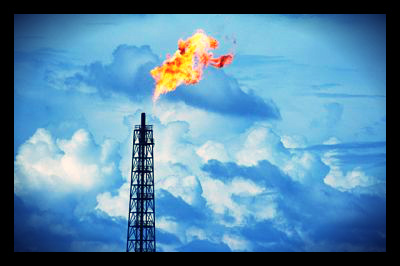 Greenhouse gas (GHG) emissions have been identified as having a significant impact on environmental problems through changes in the climate. Although carbon dioxide is the most abundant anthropogenic greenhouse gas in the atmosphere, United States President Barack Obama’s administration has begun taking steps to decrease methane emissions.

Methane makes up only 9 percent of the nation’s greenhouse gas pollution, yet it has 20 times the potency of carbon dioxide. This allows for the gas to have a significant impact on the global climate. Moreover, methane emissions largely come from leaks in oil and natural gas production, various agricultural processes and melting permafrost.

During a 2009 United Nations climate change conference, Obama declared that the U.S. would decrease its GHG emissions 17 percent by 2020. Since then, environmentalists have argued that a substantial reduction of climate change impacts would require methane emissions to be addressed. And although a methane reduction strategy has been around for a while, the natural gas industry has been able to expand rapidly regardless of its connection to methane emissions.

The White House has stated that the Environmental Protection Agency plans to assess methane emissions and develop a strategic plan of action that is proportionate to the severity of impacts.

Reducing methane pollution may require for regulatory actions to be taken towards the oil and natural gas industry. If that is the case, there will be more of a need for U.S. to realize its renewable energy potential. This means the U.S. government would have to take meaningful steps to allow for offshore wind to develop on the Atlantic coast with solar and geothermal energy expansion in the West. It is possible, but political will and coordination on multiple levels of both the public and private sector will be necessary.

A shale-gas revolution has defined contemporary energy policy. Abundance in natural gas seemingly allowed for the heavy-emitting coal industry to be phased out for cleaner energy sources. However, analysis on methane’s impact on the global climate indicates that the effects are still significant and the GHG has to be reduced.

Therefore, with the Obama administration’s announcement of plans to cut methane emissions, it seems as though renewable energy would be the ideal avenue for energy policy. 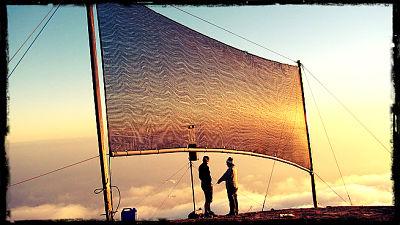 While morning dew may settle and dry within a couple of hours, the persistence of fog especially in coastal areas creates a valuable resource for irrigation. Students at the University of Washington have been producing mist and testing various materials to create a long-lasting and efficient fog catching system over the past year.

Fog catching is in no way a brainchild of the 21st century. Inhabitants of the Canary Islands 2,000 years ago used trees to capture water droplets. These days, however, with much of the forests having been cut down in countries such as Peru, man-made fog catchers are being used to irrigate land and provide water to villagers.

How fog catchers work is actually quite simple. A mesh plastic net is held up by poles and while the layers of fog move through the nets, water droplets settle and eventually drip down into a bucket. More complex systems such as one in the highlands of Guatemala use piping and divert the water that’s collected, about 2,000 gallons a day, to supply a village of 200 people with a reliable flow of water.

Under the supervision of Susan Bolton, an ecologist and civil engineer at UW, graduate students use their $15,000 in prize grant money from the EPA’s People, Prosperity, and the Planet program to find what materials will catch more droplets while lowering the cost and maintenance of the nets. Robert Schemenauer, an atmospheric physicist from British Columbia who founded the nonprofit FogQuest and has been a part of the creation of most of the fog catching systems around the world, has also been active in the research program. He maintains a strict reminder to the students and professors that they need to think of their audience on the smallest scale. Fog collectors cannot provide enough water for large towns or cities so they should not be looked as replacements for municipal water facilities. The material must be cheap enough but durable to last in conditions where they will be used.

Currently, the UW team is experimenting with a fibrous plastic mat, much like the ones that are used to cover turf. They are also changing up the shapes of the nets themselves; instead of using rectangles, making it more of a triangular shape to allow the water droplets to trickle down better.

The students make it clear that the natural fog will not be diverted from an original source. It’s a fog that usually goes unharnessed but can help turn around the agriculture in the community they hope to work within Lomas de Zapallal near Lima, Peru.

Next month, the UW team will present their results along with the other winners of the EPA’s $15,000 grant at the National Sustainable Design Expo in Washington, D.C. They then have a chance to win a $90,000 grant to help continue to initiate sustainable programs that will help solve environmental problems, big or small. The grant money will also help them actually execute their program in Lomas de Zapallal.