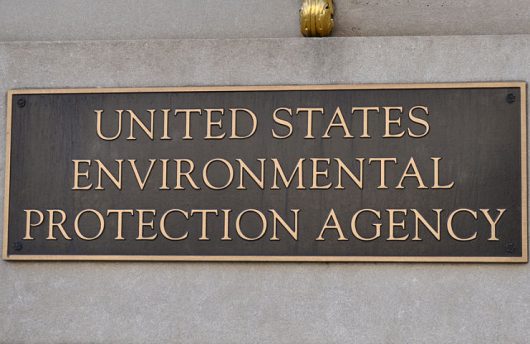 Poverty and the environment are often treated as separate problems, each with their own set of issues and potential legislative solutions. These issues are actually intrinsically linked, however, as the work of the Environmental Protection Agency (EPA) demonstrates.

The agency’s mission is to ensure access to clean water and air for underprivileged Americans. This extends abroad, where the EPA promotes sustainable development. As a result, it contributes to poverty alleviation efforts around the globe. These projects include assisting with urban air quality management in India, and advising the International Water Association in East Africa to improve access to safe drinking sources.

In 2017, the EPA is experiencing a particularly severe series of budget cuts and limitations as a result of the new administration’s policy toward it. Newly-appointed administrator Scott Pruitt is a long-time fossil fuel industry ally, and the agency is expected to see 30 percent of its budget cut – around $2.6 billion.

Many of the programs the agency has expanded in recent years emphasize why the EPA budget is important in the fight against global poverty. The Border 2020 Program combined domestic environmental protection with poverty alleviation on the U.S.-Mexico border. The initiative was able to provide clean air and water to poverty-stricken communities on both sides of the border; however, it is now slated to be dismantled under the EPA’s new budget. Ongoing projects such as a wastewater infrastructure system would therefore have to be stopped.

Many of the most pressing problems facing the world’s poor population stem from the environmental degradation the EPA seeks to inhibit. Rising temperatures are linked to more frequent droughts in Guatemala and Ethiopia. Erratic rainfall causes floods, and changes in crop conditioning make food shortages more likely. Research suggests that recent strides made in poverty reduction could be undone by inaction regarding climate change. To avoid this, the EPA’s budget needs to be preserved.

Congress has the capability to prevent these potentially devastating EPA cuts. Members of the House Appropriations Committee, both Democrats and Republicans among them, have already spoken out in support of the current EPA funding level. Tom Cole, a Republican from Oklahoma, commented that Pruitt would be the first EPA administrator who “has come before this committee in many years who actually gets more [money] than he asks for.”

Congress clearly recognizes why the EPA budget is important in the fight against global poverty. By preserving it, Congress can ensure the EPA’s work can continue contributing to global poverty alleviation efforts, which will ultimately help prevent environmental degradation in the process.