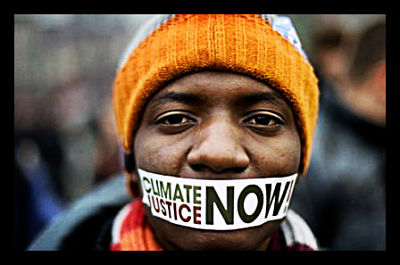 Further proof that poverty and the environment go hand-in-hand: the UN’s 2013 Human Development Report warns that continued inaction on climate change, deforestation, and pollution could increase the number of people living in poverty to 3 billion by 2050. The efforts of so many anti-poverty activists to decrease poverty rates over the last decade would come to nothing if governments do not come together to address the realities of climate change and environmental destruction that plague the planet.

The Human Development Report lauds the vast improvements made in education and health in developing countries, where more progress has been made, more quickly, than nearly anyone expected. But environmental threats could reverse this progress, even in the next few decades. The Report states, “Environmental threats are among the most grave impediments to lifting human development… The longer action is delayed, the higher the cost will be.”

The Report goes on to state that climate change has already caused some of the world’s poor to lose access to their traditional livelihoods, such as fishing or farming. The results of climate change, which include extreme and unusual weather patterns, have intensified ongoing environmental threats like droughts, wildfires, and severe storms. These catastrophic events have an especially large impact on the world’s poor, who do not possess the resources to prepare for or respond to environmental disasters. This necessitates emergency intervention and relief efforts, usually from foreign countries. The cycle of climate change and poverty will continue until, as the Report emphasizes, more attention is paid to human beings’ impact on the environment.

Action on climate change is an urgent matter, though some US politicians and policy makers have failed to acknowledge the legitimacy of the threat. The UN’s 2013 Report serves as further evidence of the close connection between environmental and anti-poverty activism, and demonstrates the need for immediate, coordinated, and effective action against climate change.