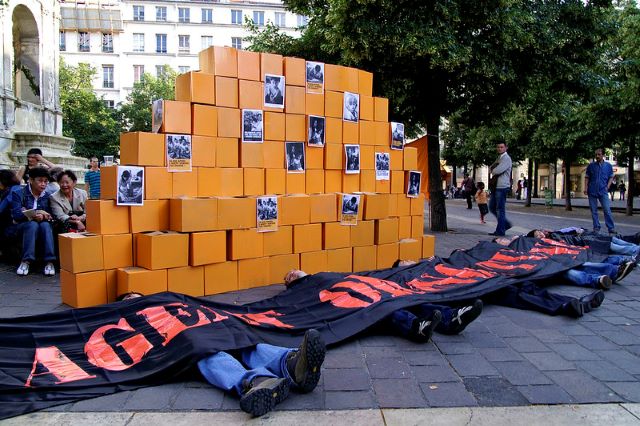 As the United States fought its campaign against North Vietnamese forces during the Vietnam War, part of the military’s strategy included the deployment of Agent Orange, a chemical weapon used to defoliate jungles to expose enemy positions. The toxin was heavily used and has had disastrous health and environmental effects. Now, the United States is leading Agent Orange cleanup efforts in Vietnam. USAID is taking the charge to continue its environmental restoration efforts.

In December 2020, USAID announced that it would commit to contributing an additional $20 million to cleaning up Agent Orange residue around the Bien Hoa Airbase, a major military base used by the United States during the Vietnam War. The airbase was used to store various types of munitions, including chemical weapons such as Agent Orange.

This adds to the $90 million that has already been committed to cleaning up the area around the Bien Hoa Airbase. Planning for the multi-year cleanup operation will be conducted by Trigon Associates, a woman-owned business based in Louisiana.

This recent contribution is part of USAID’s wider Environmental Remediation program, which seeks to decontaminate areas with high concentrations of residual Agent Orange throughout Vietnam. USAID has already completed a major decontamination project in Danang, which remediated 32.4 hectares between 2012 and 2018 at a cost of $110 million.

The current decontamination effort in Bien Hoa is set to last until 2030 and is projected to cost upwards of $183 million. According to USAID, Bien Hoa is the last remaining Agent Orange hotspot in Vietnam. These Agent Orange cleanup efforts are significant as they cleanse Vietnam of a chemical toxin that has been a source of much human and environmental suffering that has lingered for decades.

According to the United States Department of Veterans Affairs, exposure to Agent Orange is linked to Hodgkin’s disease, ischemic heart disease, Parkinson’s and prostate cancer, among other life-threatening illnesses. Its widespread use means that an untold number of both U.S. veterans and Vietnamese civilians were exposed to the toxin and are at risk of developing these conditions.

Agent Orange exposure has also been linked to birth defects in the children of those who have been exposed. An analysis by ProPublica indicated that the likelihood of having children born with birth defects was more than one-third higher for veterans exposed to Agent Orange versus those who were not.

In addition to causing the grave environmental harm of defoliation, Agent Orange has caused multi-generational human suffering. After spraying more than 20 million gallons of the defoliate over a period of 10 years between 1961 and 1971, the United States is now leading the campaign to clean up harmful residue and protect the people of Vietnam from further exposure.

The fight against global poverty breaks down barriers and fosters closer ties between international partners, even ones that were once engaged in protracted conflict. Where the United States and Vietnam were once enemies, they are now cooperating in the Agent Orange cleanup, undoing the lingering effects of a brutal war and paving the way for mutually beneficial economic development.