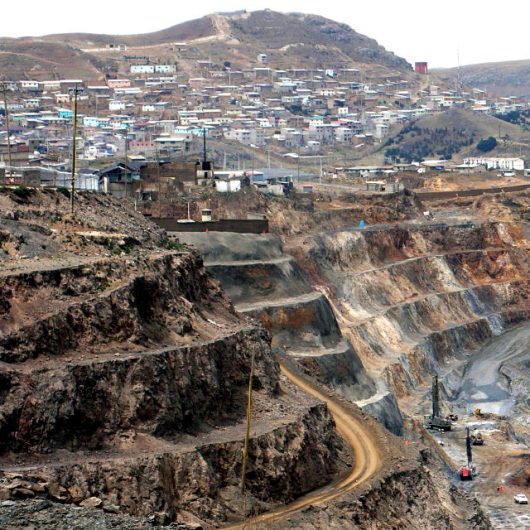 Just a train ride away from Lima, Cerro de Pasco in Peru is the highest city in the world. Resting atop the Andes Mountains, the city is home to a mining industry dating back to the 17th century. While the Andean region of Latin America depends largely on minerals, oil and gas to generate revenue, Cerro de Pasco suffers from heavy metal pollution, human rights violations and a massive quarter-mile deep hole in the center of town.

This is not an isolated incident. Across the globe, corporations exploit natural resources without regard to the effects of the waste. Furthering the problem, mines are typically built in rural areas, which suffer from higher illiteracy and poverty rates. In Cerro de Pasco, the poverty rate is more than double that of Peru’s as a whole.

Projects
As of 2016, the nonprofit operates in 13 countries across four continents. The goal is to collect scientific data from air, soil and water samples. The company then uses the gathered data to help support locals as they fight to hold extraction companies accountable for their actions.

The most recent updates from Cerro de Pasco, for example, conclude that the San Juan River contains extremely high levels of heavy metals and is dangerous for both aquatic life and agriculture. This water then flows into the Junin Lagoon, where contaminates now compromise the integrity of wetland protection. Their findings do state that there is potable water; however, heavy metal poisoning is so common that they are going on to test the health of childrens’ hair throughout the region.

Training
In addition to scientific projects, Source International trains locals to become advocates. They focus their training efforts primarily on teachers and students in secondary schools. They believe that this creates informed, reflective citizens who promote involvement and advocacy.

In schools in Milan, Source International teaches the impacts of consumerism in Laboratory Food Sovereignty. Students learn how industrial agriculture can affect the environment and society. In Minerals and Mines, students at the Natural History Museum of Pisa learn how corporations use minerals to make cell phones.

As an ongoing component of environmental extraction, Source International also trains teachers how to teach the concept of climate change. They, and other project partners, form a network known as Green Environment Education European Network. Together, the network produces workshops and guides. In a further effort to partner with other organizations, Source International hosts the European Experiential Learning Lab on Soil Science. During this six day workshop in Barcelona, 30 teachers learn how to pilot programs to teach teens how to monitor soil health.

Accolades
Source International received the 2016 Intel Environment Award for helping communities win claims of compensation against environmental extraction companies. They were also named the Tech Awards Laureate of 2014. Bianchini claims more than 100,000 people benefit from their work. Perhaps their most important accolade so far is the Honduran Supreme Court quoting one of their scientific studies as a contributing factor in declaring a mining law unconstitutional.

Through their multifaceted efforts, Source International has reinforced the paradigm that good health is a basic human right. The most important effort moving forward is to find sustainable methods to increase economic prosperity within regions that have access to natural resources, while maintaining the integrity of citizens’ health.