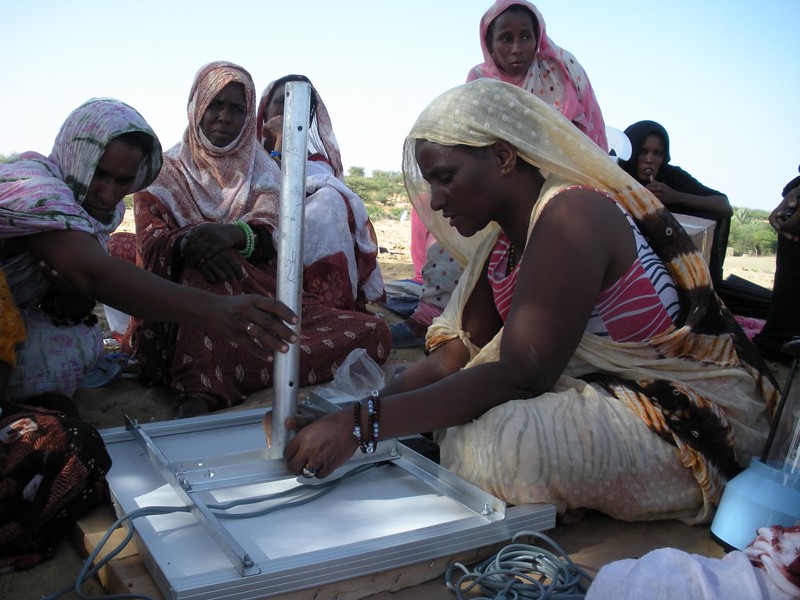 Energy demand is estimated to increase by 85 percent in Africa between 2010 and 2040. To compensate for growing infrastructure and population, the cheapest and most environmentally-friendly energy sources are in high demand as well. Countries within sub-Saharan Africa have taken numerous measures to improve affordable living through receiving aid and implementing programs to promote efficient energy use. However, challenges hinder the implementation of efficient energy use in these countries. For example, the trained workforce that could take on massive energy projects is very small. There is also very minimal awareness of the benefits of efficient energy use so many people prefer to stick to traditional sources. Governments and global organizations are combating these challenges as they work to advance energy efficiency and indirectly reduce poverty and over-spending in sub-Saharan Africa.

The International Energy Agency and the Department of Energy of South Africa hosted the very first Energy Efficiency in Emerging Economies (E4) Training Week for sub-Saharan Africa in Pretoria, South Africa from Oct. 14 to Oct. 17, 2019. The objective of the training was to educate junior policymakers from all over sub-Saharan Africa to model future politicians into environmental activists. The week included courses on the ability of energy-efficient sources to reduce extra expenses and, therefore, improve living conditions. The courses taught participants about energy efficiency policy in buildings, appliances, equipment, industry, cities and indicators and evaluation. E4 Training Week also made a key point to encourage women to apply for the program.

The Domestic Energy and Rural Access to Basic Sources Project

The World Bank’s Domestic Energy and Rural Access to Basic Sources Project (PEDASB) worked to install a 52-kilowatt plant in Zantiébougou, south of Bamako in the Sikasso region. The plant has provided electricity to 765 people and allows women to carry out other economic activities and trades as they are no longer concerned about gathering fuel, such as wood. PEDASB also implemented a hybrid electricity system that combines solar photovoltaic and diesel power in Niena. The system improved the quality of health care in local clinics and increased school performance in students. This energy sector as a whole is contributing to the economy of sub-Saharan Africa and increasing the wealth of its people.

Ethiopia’s government is taking the initiative to improve efficient energy use. Through a collaboration with the World Bank Project, the Ethiopian government introduced compact fluorescent light bulbs (CFL), which help rural families save money. 80 fewer megawatts of electricity is used by distributing 2.5 million CFL bulbs, which quantifies as $100 million saved. Through a $4 million investment, 5 million CFL bulbs were distributed all over the country. Households under the poverty line were able to reduce their energy usage by 55 percent which significantly cut utility costs for families. Beyond lightbulbs, 2.5 million efficient cookstoves were distributed in Ethiopia, reducing 40 to 60 percent of wood fuel. This not only helps the environment but also boosts families’ lifestyles all over the country.

In the largest election in history, India has voted into office a new leader: Narendra Modi. A popular spokesperson for reform, Modi hopes to bring solar power to every home by 2019. It is a massive undertaking, but even with the fifth largest coal reserves, India suffers from severe electricity shortages. Another factor to consider, alongside rolling blackouts, is the climbing rates of pollution that poses both an environmental risk and a severe health hazard. As the fourth largest energy consumer in the world, India has much to gain in promoting energy efficiency by limiting fossil fuel consumption while going green with energy efficient alternatives.

But it is not just India that should endeavor to invest more in energy efficiency. Preserving the environment and promoting green energy alternatives can only benefit the world. Renewable energy can have a massive impact on the welfare of the world in regard to both alleviating poverty and improving health. By ensuring a healthy environment, a healthy economy can be established.

In 2012, the World Health Organization (WHO) reported that air pollution—resulting in lung disease and/or cancer—has killed approximately 7 million people globally. There are multiple instances in which fossil fuels and non-renewable energies have resulted in both environmental catastrophe and health hazards. Whether it’s the Exxon-Valdez spill, the BP oil spill or the coal chemical spill in West Virginia, the evidence has become indisputable that continued reliance on potentially lethal compounds is not a safe investment for the future. With the cost of health care continuing to rise, limiting the health hazard of fossil fuels can be greatly beneficial to the wallets of many around the world.

Economically, the world has much to gain from preserving the environment by both establishing renewable energy and promoting greater energy efficiency and conservation. One of the most alarming instances of environmental decline impacting the economy has been in worldwide fisheries. In Chile, commercial fisheries are in a state of severe decline as fisherman yields have decreased by millions of tons since the mid-90’s. In Canada, collapsing sardine fisheries have resulted in $32 million in losses. Millions of jobs around the world rely wholly on the safety and stability of the environment from which the world reaps so many rewards, and yet its continued existence hangs in the balance.

Energy efficiency is extremely important for the economy and a green future. However, that statement seems to be undervalued in the U.S. for the amount of energy efficiency estimates to around 43.8% whereas the amount of wasted electricity is estimated at 56.2%. In other words, Americans are wasting more energy than their actual usage. A fifth of the wasted energy actually comes from commercial and residential buildings.

Even in educational buildings, computers in the libraries and computers in media labs are kept on around 12 to 16 hours a day. When computers are on standby, they consume less energy, but the large amount of computers causes the huge waste in electricity.

Saving on energy is saving money. People can reduce their energy cost and spend in more useful ways. To illustrate one instance, reducing energy cost for companies can mean more profitability, higher pay for employees or passing the savings down to the consumers.

Saving energy is not difficult, and it is an effective means of saving money. By reducing electric consumption by only 1.7 TWH — or 0.002%of total residential energy consumption — people can save more than one billion dollars each year.

Around the world, more than 1.6 billion people are living without electricity.  Saving energy might be an interesting solution that contributes beneficially to such urgencies.

Consider how the saved income from prevented energy waste can be distributed to aid a cause ending global poverty: Lets say one billion dollars saved from saving energy, 17,000 farmers can be trained, 10,000 hectares of land can be under protection and almost 600 kilometers of road can be built to offer better transportation and facilitate the world economy. One billion dollars is also equal to one-fifth of the United Nations Development Program’s budget and one-fourth of the World Food Program’s annual budget. 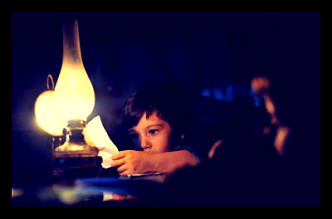 20% of the world’s population lives without access to electricity and nearly 40% depend on wood and other biomass for household fuel. Energy is essential for growing an economy and reducing poverty. The recent global initiative, Sustainable Energy for All, recognizes the importance of providing energy in developing countries. Energy is needed for business development, job creation, and income generation.

Over the last decade, the World Bank has committed more than $3 billion to Europe and Central Asia (ECA) to countries who face a potential energy crisis. This region is one of the most energy intensive regions in the world. Poorly constructed buildings throughout that provide low heating which increases energy consumption. The region accounts for 12% of global greenhouse gas (GHG) emissions, which is twice the amount is should contribute given its output.

The World Bank has already helped countries such as Belarus reduce its energy intensity by 60% and has saved Uzbekistan 50,000 MWhs of energy that would have otherwise been lost to inefficiency. The energy efficiency projects in the region over the past ten years have already saved an amount equal to the power generated in New Zealand in 2010.

Going forward countries will need to invest about $3.3 trillion over the next 20 years. While it may seem like a large amount, these energy efficiency projects pay off in the end. Cutting energy subsidies, protecting the poor and investing in energy efficiency could mean that nearly half the countries in ECA would gain more than 1 percent of its GDP back.

Over the next 20 years the World Bank along with ECA will focus on adopting more efficient technologies, increasing the energy efficiency of existing infrastructure, moderating demand for energy, and making cities more energy efficient. These initiatives will help the region by increasing their energy security, enhancing economic growth, and reducing the environmental and social impacts of the energy sector. 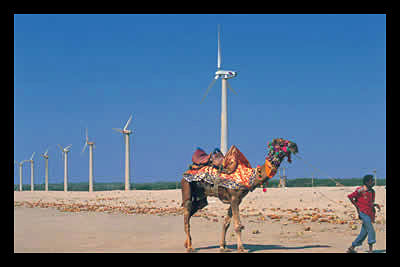 A new report by the World Bank, Sustainably Energy for All Global Tracking Framework, is advising middle to high-income countries to invest more in renewable energy as part of the effort to end world poverty. The report suggests wealthy countries to invest an additional $600 billion a year in energy efficiency until the year 2030. This number is $200 billion more than the current estimate.

This report also discloses that wealthy countries have made “only ‘modest’ progress” in terms of increasing renewable energy usage since 1990. In fact, there has been a negative 1.3% energy improvement rate between 1990 and 2010. If the world’s wealthiest countries are to reach the doubling energy efficiency by 2030, efforts must dramatically improve.

In addition to the World Bank suggesting a $600 billion renewable energy investment, the organization also recommends utilizing $45 billion of this money in expanding electricity and $4.4 billion towards improving cooking standards. Of the remaining funds, $395 billion should be invested in energy efficiency and $174 billion in renewable energy.

As demand of electricity continues to increase, it is prevalent that energy costs decrease and countries find a way to use more sustainable energy. One in five people, about 1.5 billion people, currently do not have access to electricity. Once the world’s wealthy countries embrace renewable, efficient energy, poor countries have a better chance of growing economically and developing.