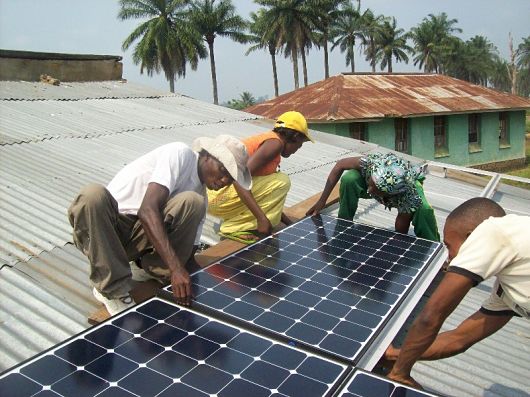 A total of 621 million people – over two-thirds of Africa’s population – currently live without basic access to electricity. With large-scale power scarcities proving to reduce a developing nation’s economic growth rate by an estimated 2 – 4 percent annually, it is essential to note the multitude of costs associated with energy deficits across Africa.

Last month, a new report published by the Africa Progress Panel estimated that the 138 million African households living on less than $2.50 per day spent over $10 billion last year on energy resources such as firewood, candles, kerosene and charcoal. The report also claims that such impoverished homes annually pay on average 70 times more for energy than a household within a developed city such as Manhattan.

While the North African nation of Nigeria remained a top-10 global producer for oil last year, nearly 100 million Nigerian citizens still rely annually on the burning of charcoal and firewood to provide light and heating within their homes. With toxic byproducts released from the burning of such resources killing an estimated 600,000 people per year – nearly half of them children – it is imperative that we find a more sustainable and economical energy solution for Africa.

While the energy crisis within Africa seldom garners significant media attention, a comprehensive solution to this problem is necessary in order to guarantee successes within other forms of regional development. Researchers of the Africa Progress Panel have noted the potential efficacy of off-grid solar power installments, which would provide both infrastructural support to various development programs and stronger attention to other important socio-economic issues such as health and education.

Energy development experts have noted the largely untapped potential of sub-Saharan Africa, which maintains an admirable environment and landscape for the construction of low-cost, off-grid solar power systems. REC now offers a SolarBox installation kit for a 20-50kW off-grid solar system, which is comprised of multiple solar panel arrays, an inverter, a diesel generator and a deep cycle battery bank, all of which are contained within a single shipping container and exercise immediate deployment capabilities.

These units have been praised by numerous sustainable energy researchers for their efficacy in low costs, ease of transport and off-grid capabilities. REC recently donated a 20kW SolarBox unit to Bantayan Island in the Philippines, a community that was severely affected by the impact of Typhoon Haiyan in 2013. REC has predicted the installation of over 100 GW of off-grid solar panel systems by 2030 within developing residential areas of Africa. 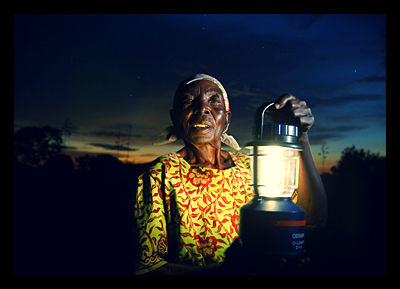 The report, also known as the Energy Sector Directions Paper, focuses on the poor in terms of their energy access, stating that “supporting universal access to reliable modern energy is a priority.” The report points out the connection between poverty and lack of energy access asserting that “economic growth, which is essential for poverty reduction, is not possible without adequate energy.”

The Energy Sector Directions Paper also emphasizes supporting renewable energy. Declining costs of renewable energies like wind and solar power are increasing their usefulness, and hydropower in particular is one of the largest untapped sources of renewable energy in the developing world. The energy sector directions paper underscored the importance of these renewable energies for sustainability and also in order to increase energy access while trying to reduce climate change. The World Bank Group asserted that they would support and invest in coal power development “only in rare circumstances.”

1.3 billion people are without access to electricity and 2.6 billion people rely on the traditional use of biomass for cooking, which causes harmful indoor air pollution. These people are mainly in either developing Asia or sub-Saharan Africa, and in rural areas. In order to foster sustainable development in these countries, plans like the World Bank Group’s Energy Sector Directions Paper need to be enacted to give the poor access to renewable energy sources.