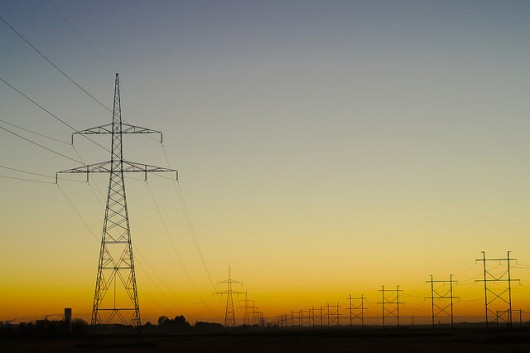 If you were to ask any Ghanaian, whether local or in the diaspora, what Ghana’s biggest issue is, the response would undoubtedly be dumsor, pronounced “doom-sore.” This term refers to the continuous and unpredictable electric power outages in the country.

Though dumsor has been a problem for decades, it was not until 2012 that this issue worsened. Ghana now faces regular power outages which can last for about 12 hours per day.

The reasons for the outages are unclear. It has often been claimed that part of the West African Gas Pipeline (WAGP) was cut by a ship’s anchor, which consequently halted the transmission of gas for electricity production. Other theories claim that the Akosombo Bui and Kpong Dam are not functioning properly because of low water causing mechanical problems with power plants. But whatever the cause, this crisis has yet to be solved.

In 2013, the World Bank Enterprise Survey on African countries, including Ghana and Nigeria, named “the ongoing rampant poor electricity supply as one of the biggest barriers to growth of the country’s economy and hindrance to many multinational investors.”

The Ghana Ports and Harbours Authority (GPHA) was reported to have lost $100,000 in profits in 24 hours due to continuous power outages at the Tema Harbour site. Other manufacturing companies such as breweries, bakeries and clothing companies, businesses such as restaurants, salons and corporate offices, as well as important locations such as hospitals, airports and schools, are also being adversely affected.

Every working person in the country needs electricity. For the few who have generators, life is a bit more bearable. But a consequence that arises from this alternative is not only the noise that is created by these generators but the cost to maintain these devices. For those who can only afford candles, the use of this alternative can lead to fires.

The Ghanaian government, as well as the Volta River Authorities (VRA), Ghana Grid Company (GRIDCO), the Northern Electricity Distribution Company (NEDCO) and Electricity Company of Ghana (ECG) have been looked to for answers. Although the president has made several promises, including a notable one that dumsor would be over by Christmas 2015, the problem still persists.

At this point, after several denials and broken promises by the Ghanaian government, it has been realized by most that the current energy crisis is not a result of inadequate installed capacity but rather a lack of financial resources to utilize the installed capacity. Ghana already owes billions of dollars in debt to electricity companies within and outside Ghana.

After four years, despite public marches, protests by local celebrities, the launch of a dumsor app and all of the promises by the government, no real progress has been made so far. Addressing this issue will tremendously help the country economically and contribute to its development.