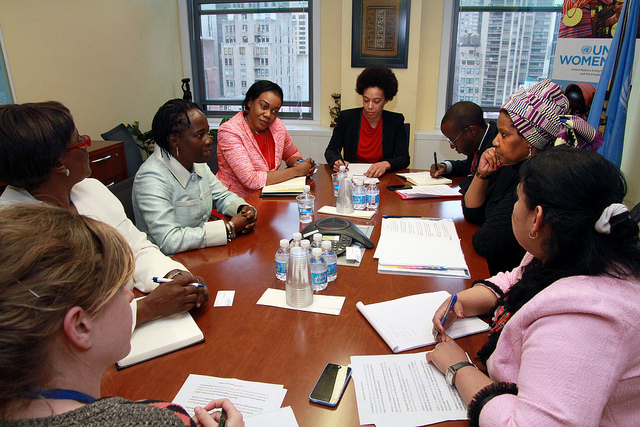 Low rates in the labor force, poverty, discrimination and gender-based violence are just some of the adversities that women living in the Central African nation of Equatorial Guinea still face today. However, in the last five years, the government recognized some of these issues and agreed to develop new plans for women’s empowerment in Equatorial Guinea.

In 2015, the Equatorial Guinean government recognized the low rate of participation of women in the labor force. A report published by the U.N. in 2014 showed how vulnerable employment rates continue to be higher for women than for men. In a vulnerable working environment, women might suffer low incomes, fundamental rights violations and inadequate working conditions.

Gender plays a role in disparity in school attendance. According to the U.N. Millennium Development Goals report, girls are more likely to be excluded from education than boys and it is more common for girls to drop out of school among poor households. Despite free education, the ratio of school attendees is 92.1 percent for men and 76.4 percent for women.

Women’s empowerment in Equatorial Guinea was also threatened in 2016, when the Ministry of Education issued a ministerial order according to which girl pupils must submit a pregnancy test result prior to enrollment. Pregnant schoolgirls are not admitted by school authorities, forcing teens to seek abortions in many cases.

Rape is illegal and punishable by 12 to 20 years of imprisonment, but the law does not address spousal rape. Furthermore, in most cases, authorities fail to prosecute the guilty party. According to the U.S. Department of State, police and the judicial system in Equatorial Guinea are more likely to treat domestic violence as a private matter to be resolved in the home.

Fortunately, positive steps have been taken for women’s empowerment in Equatorial Guinea. In 2015, the government recognized that, in the past, access to education and some specific careers were “traditionally man dominant,” and it committed to creating better educational and employment opportunities for women. Different projects have also been initiated by cooperation agencies, civil societies and women’s organizations in response to gender-based inequality.

In May 2016, the World Bank Group, in partnership with the Sexual Violence Research Initiative, invested $3.5 million to be spent over five years in different African continents. The investment is for projects which aim to prevent and respond to violence against women. Campaigns and mass demonstrations have also been created in Equatorial Guinea to address gender inequality.

Raising awareness and educating women about their own rights is the first step to obtain women’s empowerment in Equatorial Guinea. It is immensely important that the country’s government and other organizations continue the fight to end women’s inequality.