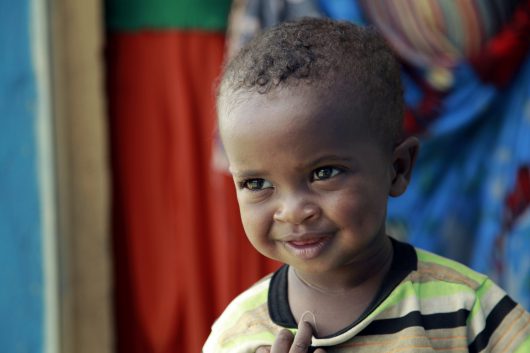 When it comes to social safety nets, many myths and half-truths about the efficacy of these programs exist among citizens and political leaders. Social safety nets are programs that aid the poor by increasing their incomes, improve school attendance, provide access to basic health care and implement employment opportunities.

Even though some of these myths are inoffensive, they do have the potential to harm people who rely on governmental assistance programs. The New York Times reports, “One billion people in developing countries participate in a social safety net. At least one type of unconditional cash assistance is used in 119 countries.” Here are some of the top myths about social safety nets debunked:

Myth #1: The economy will do better if social programs are cut.

When governments decide to cut their social safety nets, many sectors within the economy begin to suffer. Governments inadvertently increase the unemployment rates within their countries when social programs are cut.

In 1981, President Ronald Reagan signed the Recovery Act, which cut social programs such as payments for individuals with disabilities and school-lunch programs. As a result, the largest projected deficit in U.S. history occurred leading the U.S. economy to its worst recession since the Great Depression. The American economy struggled to combat the resulting 14% inflation rate as well as the increased interest rates of the Federal Reserve Board.

With fewer citizens being able to afford goods and services, overall manufacturing decreased while layoffs and unpaid taxes increased. It is recorded that in 1982, those unemployed reached a staggering nine million, 17,000 businesses had failed, farmers across the nation began to lose land and the poor, elderly and sick became homeless.

Instead of aiding the economy, social budget cuts on social safety nets result in a decrease in the overall finical health of a country’s economy.

This myth is usually perpetrated by those who do not understand the demographics of social safety nets. More than half of all people who are enrolled in government assistance programs are those who cannot physically or mentally work such as the elderly and people with disabilities. Even if governments were to reduce benefits for those who can work, it still would not make a significant difference in employment rates.

According to the Housing Alliance of Pennsylvania, many people who are working and receive housing assistance still live in homeless shelters simply because they still do not make enough currency to afford a place to live. The Wall Street Journal further states that the four largest welfare recipients are those who labor as fast-food workers, home-care workers, child-care workers and part-time college faculty.

Reducing government assistance will not make people get a job simply because those who receive these benefits are either unable to work or are currently working in a low-paying occupation.

Though the majority of persons benefiting from welfare are employed, surveys show that individuals from around the globe believe that social safety nets waste revenue and make people lazy. However, in 2014, The World Bank reported that contrary to public opinion, individuals on financial assistance in countries such as Asia, Latin America and Africa rarely wasted money on alcohol and tobacco.

In addition, Abhijit Banerjee, the director of the Poverty Action Lab at the Massachusetts Institute of Technology, released a scholarly paper that tracked and documented the cash-transfer programs in seven countries. The results from this paper determined that out of the seven countries, Mexico, Nicaragua, Morocco, Honduras, Indonesia and the Philippines, these programs did not discourage people from working.

Moreover, people who receive benefits from social safety nets do not become lazy. Rather, people who did receive these benefits continued to work diligently while also not wasting funds on items such as tobacco and alcohol.

Myth #4: People can benefit from social safety nets for as long as they want.

Despite these myths being detrimental to those who rely on social safety nets, it is worth noting that the U.S. economy is slowing improving. As of August 2016, unemployment rates in the U.S. are as low as 4.9%. Additionally, average hourly wages have increased between five cents and $25.59, with average weekly wages at around $880.30.

However, the best way to eradicate these myths about social safety nets is to advocate for legislation that protects these programs. Pay attention to laws that pertain to social safety nets and meet with local representatives about how social safety nets benefit society. Information about U.S. elected officials can be found on Common Cause.