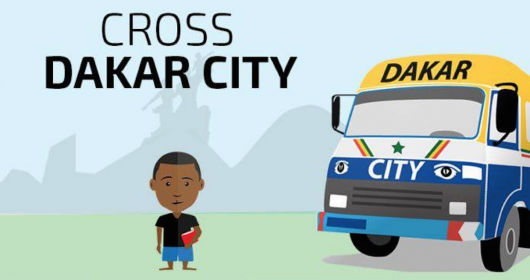 These broadly termed “empathy video games” commonly seek to evoke compassion in the player by creating an experience that provides a detailed look into the trials and tribulations the game’s characters undergo.

These games have covered a broad range of topics such as cancer, gender dysphoria and child abuse, according to The Telegraph.

North, by Outland Games, aims to demonstrate the difficulties refugees face when attempting to migrate and integrate into new places. You play as a refugee seeking asylum in a strange city, finding yourself disoriented and confused as you attempt to decipher the customs and codes of those who govern.

“In terms of its design…we worked on a web documentary about European migration policies with a few other journalists from across Europe. We also worked in refugee centers and saw all these people getting lost in endless paperwork and absurd procedures. So we had all this background knowledge and personal attachment to the refugee situation that we wanted to come across in the game,” said Gabriel Helfenstein, one half of the duo that comprises Outlands Games.

The game does not attempt to realistically emulate any of the world’s ongoing refugee crises; rather, it highlights the universal emotions of horror, grief, confusion, frustration and guilt that accompany all refugee situations. This is reflected in its design, which takes on a dark, surreal form.

Project Syria is a virtual reality project that places the user in two separate scenarios: in the midst of a bomb explosion on a busy street in Aleppo and in a refugee camp. The team behind Project Syria conducted extensive research to depict the situations as accurately as possible.

“…we managed to find two handicam videos of the explosion and traced the location to find out exactly where and when it happened,” Vangelis Lympouridis, co-producer of the project, told Motherboard.

“We pulled still frames from the videos, created panoramic shots, and used those to build the Aleppo neighborhood hit by the blast. For the refugee camp, we sent a team to the camp to record the situation. The audio is all real, which really creates a sense of presence.”

Project Syria has been billed as “immersive journalism” for its capacity to put people inside the story. Its creator, Nonny de la Peña, has previously created several other immersive environments to help ordinary people understand the plights of those affected by pressing social problems.

“I want to tell important stories,” de la Peña told The Telegraph. “And I want to do that in a way that brings them to life as much as possible and helps the audience find out about, or better understand, or feel more strongly about, a particular situation. Virtual reality has the unique ability to make you feel present on scene and that in turn generates a very powerful feeling of empathy.”

Cross Dakar City focuses on the issue of child beggars (enfants talibés) in Senegal. The game follows Mamadou, a child beggar who is trying to cross the streets of Dakar in order to find his parents and return home. Mamadou has to avoid fast-moving vehicles, trains, bombs and rivers during the six levels of the game.

This is a widespread problem in Senegal — there were an estimated 50,000 child beggars in the country in 2010, according to Human Rights Watch. The problem arises when poor parents send their male children to Islamic schools to secure a better future for them.

At the schools, Muslim religious leaders sometimes send the young children out to beg on the streets. Though the practice was outlawed in 2005, critics, including the game’s creator, Ousseynou Khadim Bèye, say that the government has done little to enforce the new rules.

In a phone interview with Motherboard, Bèye explained the rationale behind his making of the game. “I wanted to make something that had a positive impact on Senegal and to reach the widest public as possible with this game and highlight the issue of child begging in Senegal. Players have to ensure that Mamadou crosses the streets of Dakar with their iconic local taxis safely. Many child beggars, who are as young as seven, become accident victims; they are also subject to kidnappings and sexual abuse,” he said.

“They also live in terrible conditions, lack access to electricity or water and have very little food,” said Bèye.

Since its release in May 2015, Cross Dakar City has been downloaded 50,000 times. Bèye has plans to make more socially-charged games in the future. “Ultimately, I want to partner with non-profit organizations and make more games on themes like solar energy and deforestation that make people more aware of how these issues are affecting communities in Africa,” he said.

Mike Ren’s “Hazy Days” is a breathing simulator game that seeks to demonstrate the struggles that China’s high levels of air pollution inflict on its citizens, particularly children.

The player controls Xiao Feng, a little girl about to visit her grandmother for Chinese New Year. The game seeks to replicate her day-to-day experience in a polluted environment.

The player controls her breathing, trying to inhale oxygen molecules and avoid air pollution particles on her walk to school. The goal is to make it through a week without getting sick, so Xiao can visit her grandmother for Chinese New Year.

As the week progresses, more and more air pollution particles build up in Feng’s lungs, illustrating the build-up effect that pollution has. Though it is possible to make it through the week without getting sick, it is a very challenging endeavor.

China’s air pollution problem continues to get worse, despite the widespread media coverage. Air pollution is harmful to everyone, especially children, whose lungs are still developing. Common health problems that develop include asthma, chronic bronchitis, weakening of the immune system and higher rates of cancer. Hundreds of thousands of premature deaths have been linked to air pollution levels.

The emergence of these “empathy video games” points to the expanding efforts to make global issues such as poverty and the refugee crises more well-known in the minds of the general public.