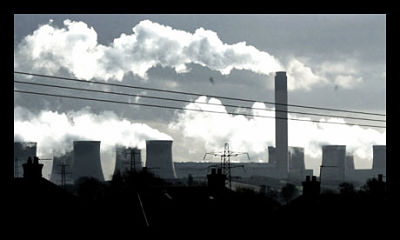 This year, South Africa has launched a new tax on carbon dioxide emissions in an effort to create a lower carbon future and a greener economy.

Finance Minister Pravin Gordhan has announced a Carbon Tax Policy White Paper that will describe the placement of taxes based on pounds of carbon dioxide emissions. Currently, South Africans already pay some unofficial carbon emission taxes, such as taxes on automobile emissions and electricity. However, the new carbon tax policy would introduce a new tax of 120 rands, or about 12 dollars, per ton of carbon dioxide equivalent.

South Africa is one of the 20 nations that produce the most carbon emissions into the atmosphere. Increasing use of fossil fuels in recent years has led to rapid climate change. For developing or poor nations, the warming climate means that people are losing the ability to grow enough food.

In other places, environmental disasters bring ruin to land. Drying water sources means that women and children will have to walk farther and farther to find water. As carbon emissions increase, inequality and poverty only grow. Thus, it is imperative for nations such as South Africa to make a difference by reducing their carbon footprint.

The creation of a stricter carbon emissions tax means that the government, businesses, civil society and other stakeholders must have the same understanding of carbon emissions: it is something that needs to be eliminated progressively.

By enforcing taxes, the government of South Africa provides an incentive for companies and organizations to take up greener technologies. This would help to shift production from a high emissions approach to a new standard of a green technology.

Though the carbon tax sounds like a good way to fight environmental degradation, the tax could still negatively affect poorer households. The poor of South Africa spend significantly more of their income on food and energy. In some instances, these poor will eventually spend up to 40 percent more of their income on such basic necessities.

Furthermore rising coal-based electricity prices have increased more and more in recent years. This has put enormous pressure on low-income households. For these households that don’t have the luxury of spending freely on energy, a tax on carbon dioxide producing energy sources could be a great burden.

Moreover, there is also a worry that the carbon tax won’t be strict enough due to the possibility of exemptions. The proposed carbon tax provides a tax-free exemption threshold of 60 percent. When such exemptions exist, it is easy for carbon emissions to simply be ignored as groups or companies vie for exemptions. Exemptions mean that the people may be tempted to prioritize money over truly reducing the carbon footprint.

Perhaps the best way to think about this potential carbon dioxide tax is to consider poverty first. While the tax helps to reduce emissions, it can also generate billions of rands in revenue.

Additionally, it is important to note that greener technology can provide thousands of new employment opportunities for South Africa’s jobless.