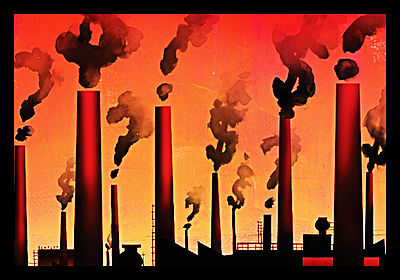 Over the past few years, the debate around climate change has shifted dramatically. The global community has accepted that not only is global warming happening, but that human beings are the ones causing it. This realization has led to a surge in advocacy for pollution-reduction programs, perhaps the most striking of which is the growing push for an international cap-and-trade program on carbon dioxide. Among these new advocates for climate responsibility are historically recalcitrant countries like South Africa and China. In total, 73 countries and 11 states and provinces – a list responsible for 54 percent of global greenhouse gas emissions – have shown support for an international price on carbon.

The general effects of global warming are, at this point, well known. Over the next decades, the world will experience a higher average temperature, melting polar ice, rising sea levels and more extreme cycles of droughts and floods. Every country in the world will be affected, and the countries around the equator are likely to be hardest-hit economically as well as environmentally. The countries surrounding the equator are, for the most part, economically fragile and rely more on agriculture than on industry. Drastic changes in local climates could decimate the crops these countries rely on and thus destroy their economies.

Most predictions by climate scientists posit that if the current levels of greenhouse gas emissions hold steady, these predicted changes will happen quickly and irreversibly. Most experts now agree that the only way to avert total environmental disaster is to dramatically curb the pollutants being emitted and to do it fast.

The most promising method of curbing emissions is called cap-and-trade. Under a cap-and-trade system, a limit is set on the pollutant in question by a governing body. This cap can be gradually tightened over time, giving emitters a predictable time frame in which to reduce their emissions. The limit-setter, whether it be a state government, a country’s congress or the U.N. itself, then issues a finite number of permits to the companies who emit the pollutants. The companies can bid on the permits, trading for them in an open market.

Under a cap-and-trade system, a limited number of permits will enforce the determined optimal level of emissions. Companies participating in the permit market have a chance of making some extra money by selling permits they do not need.

The countries in favor of the system say they are looking for a predictable and enforceable emission reduction policy. They hope to capture the success of the emissions markets already active in places like the European Union and California. The permit auctions for pollutants like Sulphur dioxide and carbon dioxide have proven especially lucrative for the California state government, which hopes to use its windfall for other environmentally-friendly initiatives like subsidized bus fare or to clean up urban rivers.

Hopefully, this new global concern for the environment is more than a passing fad. As many environmental economists have been saying for years, a well-designed cap-and-trade program could be the key to environmental protection without economic sacrifice.