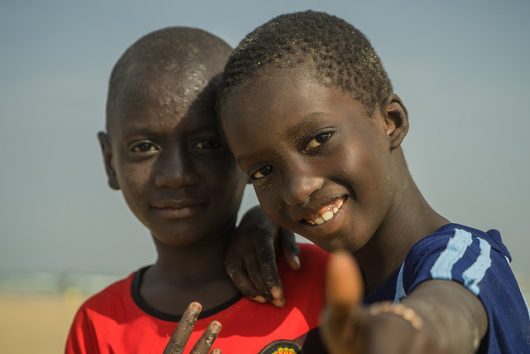 Senegal, the westernmost country in Africa, has a population of about 15 million people. Nearly half of the Senegalese population – 46.7 percent, to be exact – are living in poverty. The following 10 facts should help explain and give context to the Senegal poverty rate.

Despite the fact that the Senegal poverty rate is high, many projects have been implemented to reduce the poverty rate. President Macky Sall unveiled the Emerging Senegal Plan (ESP), which strives to prioritize economic reforms and growth. The International Monetary Fund has been providing assistance for the ESP from 2015 to 2017.

In an attempt to take a fresh look at poverty, Senegal’s national statistics office distributed the second Senegal Poverty Monitoring Survey. The World Bank, the Canadian government and the World Food Programme provided financial support. The survey, however, has room for error because it is heavily dependent on the time of year that residents fill it out, as consumption levels vary based on the harvest.

Microfinance has become a key role in reducing poverty in very poor countries, such as Senegal. This program has allowed poor individuals who are excluded from traditional banking to obtain micro loans. The Hunger Project introduced the Microfinance Program (MFP) in Senegal, which strives to incorporate female farmers and entrepreneurs in order to give them a larger voice in the community. Three of the MFPs in Senegal have been approved by the government to operate as Rural Banks. MFPs provide credit and savings programs and have allowed many farmers to move beyond exclusively subsistence farming.

Economic growth will be the key component in reducing poverty in Senegal. These projects involving the Senegalese government and other various organizations will spark this economic growth, which should in turn help to reduce the Senegal poverty rate.