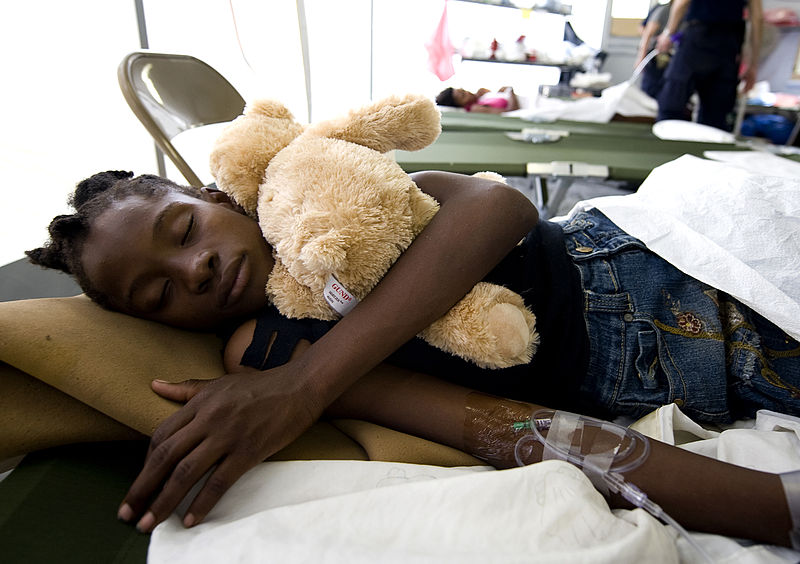 Nearly 88 percent of injury-related deaths happen in poverty-stricken countries. There is an urgent demand for emergency care in low- to middle-income countries. One study found that, in these countries, emergency professionals see 10 times the number of cases that a primary doctor does, and the rate of death in these areas is extremely high.

Many emergency care centers in developing countries are severely underfunded and under-resourced. Some lack basic medical instruments while others have medical professionals that work without training or any sort of protocol. The burden of emergency medical care in poor nations is not only due to the lack of medical care or training, but also poor infrastructure. Together for Safer Roads outlines the difficulties presented by deteriorating roads or indirect routes that affect both transport to the emergency scene and transport to the hospital. Improving these roads reduces the likelihood of crashes and unsafe traffic routes and increase the efficiency of trauma transport.

Another study done by the National Center for Biotechnology Information (NCBI) has outlined a significant lack of emergency care. Only 25 percent of Kenyans are covered by health insurance, meaning that many must pay for medical care themselves. With so many bearing the financial burden of medical care, it is less likely they would seek it in an emergency.

There are barely any skilled professionals working in emergency medical clinics, resulting in a lack of specific training for emergency medical situations. However, it has recently been recognized as a specialty by both the Medical Practitioners and Dentists Board and the Clinical Officers Council (COC). The other issue at hand in Kenya is the lack of resources. The nation is severely lacking in ambulances, and due to the significant cost of transport by ambulance, many patients take private means like taxis. There is also not a reliable dispatch system in Kenya, making the rapid response of an ambulance unlikely.

The study concluded that there needs to be a creation of new policies at a national level to improve access to emergency care. It also states it is crucial that Kenya recognize emergency care as a significant part of the healthcare system in order to develop authority for emergency response, improve the expensive cost of emergency care and implement a communication network for an emergency system.

The country of Haiti has been struck by several natural disasters, making the need for an adequate emergency system crucial. One of the largest issues is the location of clinics and hospitals. The country has around 60, but they are primarily located in larger cities, leaving rural areas with little to no access to trauma care.

Basic necessities like gloves and medicine are things patients have to pay for before they can receive care. Even asthma attacks can be fatal because some cannot afford the inhaler. Also, the medical instruments patients have to pay for out-of-pocket are not necessarily the most up-to-date or high quality. Similarly to Kenya, medical professionals are rarely trained to deal with emergency situations. However, some groups have begun the effort to train professionals in Haiti to be prepared for emergency situations. Dr. Galit Sacajiu founded the Haiti Medical Education Project for this purpose after the earthquakes of 2010. Her courses not only train the nurses and doctors of Haiti but also provide them with the knowledge of what to do with the little or substandard medical instruments they have access to.

If the amount of injury-related deaths that occur in developing nations was reduced to that of high-income countries, over 2 million lives could be saved. The same study also set out to find the economic benefit of improving emergency care. They found that, if these deaths were reduced, it could add somewhere between 42 to 59 million disability-adjusted life years averted. By using the human capital approach, they also conclude that there is an added economic benefit to the reduction in mortality of $241 to $261 billion per year.

There are several factors that contribute to the effectiveness and availability of emergency medical care in developing nations. These factors mainly concern infrastructure or quality of medical care. Although the issue of trauma care seems far from being solved, a study done by the Brookings Institution states there are indications that it may improve. By monitoring the improvements in medical care in high-income countries, they found that similar improvements were beginning to occur with emergency medical care in developing nations. As trauma care becomes increasingly recognized as an urgent need, it can improve and save thousands of lives.