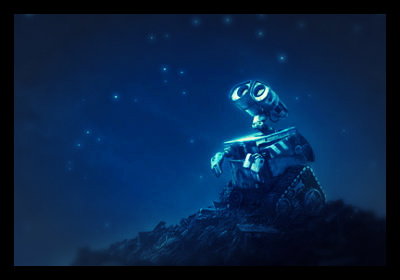 When you were little, you may have wondered where the souls of your deceased pets went, but have you ever wondered where defunct or discarded electronics go? After all, they have to be disposed somewhere. In the Ghanaian capital Accra is the Pearly Gate—or perhaps more appropriately the limbo—of the electronic dead.

Agbogbloshie (altogether now, come on: uh-g-bog-blo-shee), a suburb of the capital, is the world’s largest e-dumpsite. Here, many scrap dealers—mainly economic migrants from the poorest parts of Ghana—are busy toiling their days away dismantling non-figurative tons and tons of gadget remains. When their day at work is over, they return to nearby shantytown called Old Fadama whose sobriquet is—and I kid you not—“Sodom and Gomorrah.”

There are around 80,000 residents in this shantytown of around 3, 000 square feet. In order to retrieve metals and other sellable materials, children and young adults smash and burn these toxic. Operating without any safety equipment, most workers laboring in this horrendous condition die from cancer within their 20s. For many who work on the dumpsite, if they were to get injured or ill, medical care would be beyond their means, translating to s shortened life expectancy.

As for the living condition in “Sodom and Gomorrah,” which is the country’s biggest slum, they are appallingly precarious. Aside from being located adjacently to the world’s biggest e-dumpsite, the community also lacks basic sanitation such as running water, waste collection, and medical care. It is also estimated that around 49% of the inhabitants of this slum do not have any education at all.

Furthermore, due to the infamy brought with extreme impoverished, the district and its inhabitants are highly stigmatized in the Ghanaian society. Perhaps due to this attitude, this poisonous shantytown has long suffered negligence from the society at large. Despite the fact that there is pressure to relocate its inhabitants, an endeavor for which the Ghanaian government has allocated almost $13 million (in USD), this effort has been met with strong resistance from its targets. It is evident that the dwellers view the government’s effort as forced eviction rather than an attempt to improve their living standard.

The case of Old Fadama is not the only instance of extreme poverty and destitution in Accra. The People’s Dialogue on Human Settlement estimates that around 80% of the city’s residents live in slums—though with varying degrees of material inadequacy.

The situation in Agbogbloshie also raises the question of the responsibility that consumers all over the world must take with regard to their electronic consumption. Even though dumping their broken or unfashionable apparatuses in Ghana may provide the residents of Old Fadama with paltry incomes, their health and wellbeing are greatly compromised.

Where then should these electronic devices be disposed? By whom? And, perhaps, the most important questions of all in the cosmos of consumerism—what will be the cost and who will pay for it? 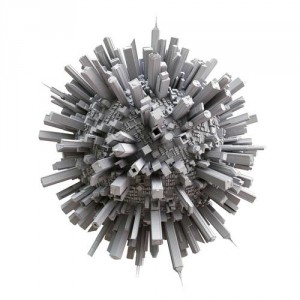 In the modern day, everyone wants to have the newest technology. Among new technological devices, the cell phone is the most common device to get upgraded. Cell phone upgrades rose almost nine percent since last year.

Cell phone carriers use cell phone upgrades as a way to retain their customers. Upgrades give users the ability to get new cell phone at a lower cost, but if the subscribers terminate the contract early, they will have to pay for the original prices of the phones.

On the other hand, people upgrade their phone more frequently (from once every two years to twice a year.) The cost of these upgrades is expensive. To upgrade to a new cell phone early, subscribers have to pay in the range of $140 to $200. In addition to the cost of the upgrade, with some cell phone carriers, the users still have to pay activation fees for their new phone, around $40 to $60. Besides, these expenses do not account for accessories for the new phone (e.g. phone cases, bluetooth headset.)

Everyone should stay updated with technology; updating twice a year, however, is unnecessary. The phone capabilities and features do not change much during the year. Most of the changes are made mainly on larger screens, designs, and extra applications which can be obtained through the app markets. These changes do not have any tremendous effect on phone functionality.

Instead of spending money on indulgences, people could put more effort on a more pressing issue: global poverty. There are many people still living on under $1.25 per day. In Africa, if one dollar is invested in clean water supply for poverty-ridden areas, $3 to $34 will be received as return in global economic growth. With $200, the Water Project would be able to work with local water providers to give a traditional family (four persons) access to clean water. The same $200 can be used to feed a family in poverty for half of a year. 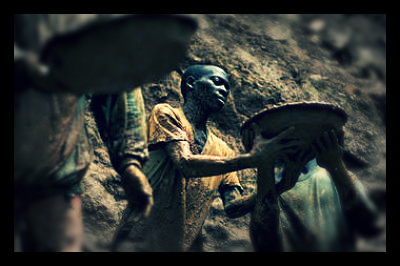 Countless everyday appliances and gadgets would not exist if it were not for the minerals that come from Africa. From cars to cell phones, laptops, airplanes and batteries, much of what makes the world go round depends on resource-rich African nations that are being fueled by a global commodities boom.

Although much can be said of whether the rising demand for these minerals is actually benefiting those at the bottom of the pyramid, it is certain that emergent African economies are growing thanks to these raw materials. If well-managed, Africa’s mineral resources can lift the continent out of poverty and catapult it toward growth and prosperity for all.

Here are some of the everyday objects that are created with African natural resources.

Devices such as cell phones, laptops, and other electronic gadgets are made from tantalum. Africa provides 71% of the world’s tantalum, with Mozambique leading the region as the source of 24% of the global production of the mineral, followed by Rwanda with 20% of the production.

The cobalt used in the electrodes of rechargeable batteries is growing rapidly in demand due to the use of portable electronic devices. In 2011, Africa accounted for 58% of the global production of cobalt, while the Democratic Republic of Congo alone represented 48% of this supply. Mineral mining, however, has been implicated in funding conflict in the country.

Many aircraft parts are made with aluminum alloys, which can account for up to 80% of the jet’s weight. Jet engines also use superalloys that contain cobalt and chromium. South Africa represents 47% of the global production of chromite – used to produce chromium -, while Guinea represents 8% of the world’s production of bauxite, used to make aluminum. Guinea has almost half of the world’s bauxite reserves and is predicted to become a world-leading producer of iron ore in the next decade.

Last year, Africa produced 10% of all the world’s oil – nearly 9.4 million barrels per day. Leading this production is Nigeria, with 37 billion barrels of proven reserves of oil – enough to keep supplying oil at 2011 levels for the next 40 years.