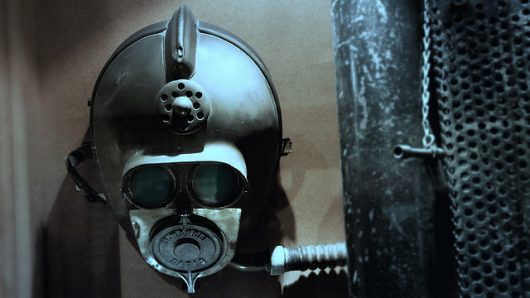 Dichlorodiethylsulfide, for which the chemical formula is C4H8Cl2S, is a chemical warfare agent known commonly as sulfur mustard or mustard gas. The first notes on its toxic properties occurred in the late 1880s by dye chemists. Its first use as an agent of chemical war was during World War I where exposed troops described its odor as a stench like mustard or garlic, leading to its common name.

What Does Mustard Gas Do?

Dubbed the “King of the Battle Gases,” the effects of mustard gas are not immediate, even though it is a potent blistering agent. Hours after exposure to the chemical, a victim’s eyes become bloodshot and begin to water. As the pain increases, some will suffer temporary blindness. A young Adolf Hilter, an enlisted messenger during World War I, was temporarily blinded by mustard gas during a gas attack and spent the rest of the war in a military hospital recuperating.

Along with the damage to a victim’s vision, the effects of mustard gas include blistering to the skin, particularly in moist areas such as the underarms and genitals. These blisters eventually begin to burst and often become infected.

When Was Mustard Gas Used?

Though first used during World War I, mustard gas was used throughout World War II as well. The development of chemical weapons has been an imperative for all military-obsessed governments ever since.

During the 1980s throughout the Iran-Iraq war, Iraq used chemical weapons, including mustard gas, against Iran as well as their own Kurdish minority. In fact, about 5,000 Iranian soldiers were killed, 10-20 percent by mustard agent. There were an additional 40,000-50,000 injured in a medical system overloaded by numerous victims in need of long and demanding care.

In many conversations, nuclear and biological weapons overshadow the concern of chemical weapons; however, chemical weapons remain the most numerous, with some five million munitions awaiting destruction and two to four million additional suspected stockpiles undeclared by OPCW undeclared states.

The Quest for Global Disarmament

Al Qaeda, Iraqi and Afghan insurgents continue efforts to steal or produce deadly chemical agents for indiscriminate terrorist attacks. It is everyone’s responsibility to work to destroy the world’s remaining chemical weapon stockpiles by supporting representatives who make the global disarmament of biological, chemical and nuclear weapons a priority.

A world free of all weapons of mass destruction will be a world safer and more secure for all who inhabit Earth. 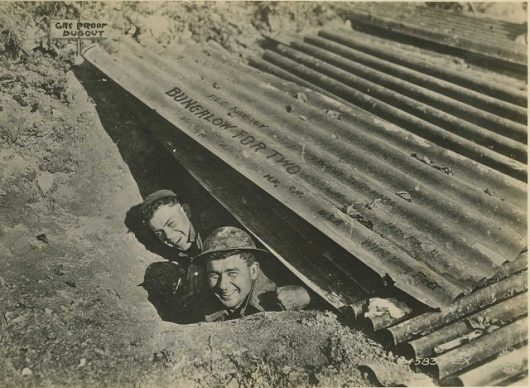 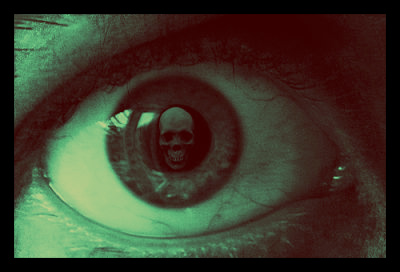 Given the recent events in Syria, many questions have been raised regarding the nature of chemical weapons.  One of the most infamous of these weapons is Sulfur Mustard, or mustard gas, as it is more commonly called.  Its use as a weapon originated in World War I, and its history, including both short-term and long-term health effects, has been well documented since.

Mustard gas can best be described through the eyes of a first-hand witness.  Harry L. Gilchrist, Medical Director of the Gas Service, U.S. Army Expeditionary Force during World War I, said of his soldiers’ exposure to the toxin that, “…in the course of an hour or so, there was marked inflammation of their eyes.  They vomited, and there was erythema of the skin.(…) Later there was severe blistering of the skin.”

Despite these less than pleasant effects, mustard gas is not generally fatal.  It can, however, cause mild to severe health complications depending on the length of exposure.  Symptoms of mild exposure do not manifest immediately, and indeed may not be seen for up to 24 hours – while symptoms of a more prolonged or extreme exposure will be seen almost immediately.  Any part of the body that the gas comes in contact with will be affected, including but not limited to, the skin, eyes, respiratory tract, digestive tract, and bone marrow.

In terms of short-term symptoms, limited exposure will cause both skin irritation and itching, while prolonged exposure can cause severe blistering (as noted by Gilchrist).  Pain, swelling, and tearing of the eyes are all common, and temporary blindness lasting up to 10 days has also been recorded.  Irritation of the respiratory tract can cause pain, shortness of breath, and a cough, among other symptoms, while exposure of the digestive tract can result in pain, nausea, vomiting, fever, and diarrhea. Perhaps most seriously, exposure of the bone marrow to mustard gas can cause anemia and decreased blood cells, which can cause prolonged bleeding and makes the victim more susceptible to infection.

Long-term health implications of exposure to mustard gas parallel its short-term effects.  Severe burns can lead to widespread scarring, and extensive second- and third- degree burns can lead to death.  Blindness can become permanent if the eyes are exposed to too much of the gas, and respiratory problems may become chronic.  Similarly, exposure to mustard gas may increase the likelihood of contracting cancers of the respiratory tract.

Although contact with mustard gas is not usually deadly, each of these symptoms can be exacerbated by a poor healthcare system, or lack of access to aid due to political unrest, economic situation, or any other number of possibilities.  For the citizens of Syria this is an all too possible reality.  The government is suspected of having stockpiles of mustard gas in addition to the nerve gases with which the recent attacks were allegedly committed.  In the event that mustard gas should become dispersed, any symptom, no matter how seemingly minor, can become fatal if proper treatment is unavailable.