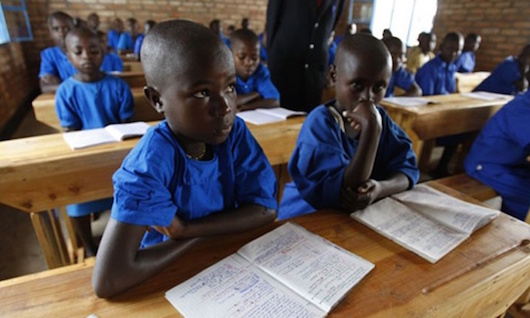 The City Press has reported a possible new tier education system in South Africa where students will be divided into three tiers based on their strengths and weaknesses.

According to Business Tech, students will be placed into one of three categories based on their assessed aptitude for each. The tiers are academic, technical occupational and technical vocational.

The academic tier will mirror the current matriculation program.

On the other hand, the technical occupational tier aims to produce students who can leave the education system in South Africa and enter the workplace immediately with skills such as spray painting, hairdressing and woodwork.

According to Mathanzima Mweli, Director General of DBE, “We will introduce these (technical occupational) subjects at grade four and will increase the number of schools offering the new subjects to hundreds or thousands.”

The department of basic education hopes the new school system will result in 60 percent of students completing technical qualifications.

Moira de Roche, MD of Aligned4Learning, said, “There is no point in forcing a new learner who is good with their hands to do academic subjects. They end up failing and feeling useless, whereas they are good at many things. Hopefully, it will also result in less kids (and their parents) thinking the only option for them is a university.”

Education activist and founder of Partners4Possibility, Louise van Rhyn noted that the new tier system will enable young people to find fruitful careers by providing opportunities that are not solely focused on academic success.

Van Rhyn also said, “In addition to implementing this change, we also need to ensure that we still create opportunities for learners to participate in the knowledge economy, as this is a sure way out of poverty and these skills are critical for our future. We need a much higher percentage of learners with a solid foundation in maths and science.”

According to Business Tech, the new school system is being developed this year and will be tested in 58 schools in 2017.

Sources: All Africa, Business Tech, It Web
Photo: The Guardian 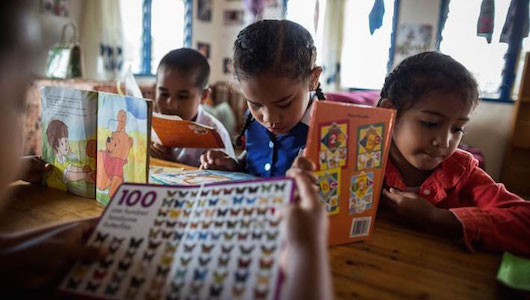 The Global Partnership for Education reported that if all students in low-income countries left school with basic reading skills, 171 million people could be lifted out of poverty. That would amount to a 12 percent cut in global poverty.

In Tonga, the Pacific Early Age Readiness and Learning (PEARL) project is driven towards preparing children for school. Funded by the Global Partnership for Education, and implemented by the World Bank, PEARL has two main goals. The first goal is to support children in developing key skills that will be useful at school. The second goal is helping more children learn to read and write well in their first years of elementary school.

According to the Global Partnership for Education, 40 percent of children in the developing world live in extreme poverty. Around 10.5 million children under the age of five die from preventable diseases each year because of extreme poverty. They also said investments in quality Early Childhood Care and Education (ECCE) can improve an individual’s well-being and close the education and poverty gap.

Early childhood is defined as the period from birth to eight years of age. Quality ECCE guides children towards fulfilling their potential and promotes social, emotional, physical and cognitive development. Young children who benefit from ECCE services are more likely to be healthy, prepared to learn, stay longer and perform better in school.

Nadia Fifita, Director at Ocean of Light International School in the Tongan capital, Nuku’alofa, said, “We see a big difference in the children who have had some early childhood [education] experience, whether that is formally through a school-based program or informally through parents.”

Tonga is not the only nation benefiting from PEARL. The project is also helping other Pacific Island countries improve policy and programming around school readiness and early grade literacy in Papua New Guinea, Samoa, Tuvalu and Vanuatu. In those countries, the World Bank and other partners are supporting each country’s Ministry of Education to make changes strengthening early education.

While early childhood education has increased globally, it is still limited and unequal in developing countries. The Global Partnership reported Sub-Saharan Africa and Arab states have shown the lowest gross enrollment ratios at 18 percent and 21 percent respectively in 2009. In some countries, children from privileged backgrounds are four times more likely to receive pre-primary education than poor children.

Tongan teacher Seini Napa’a said, “My dream is that the students in Tonga have the best future, the best readers and the best writers.”