Tag Archive for: Education in the Philippines 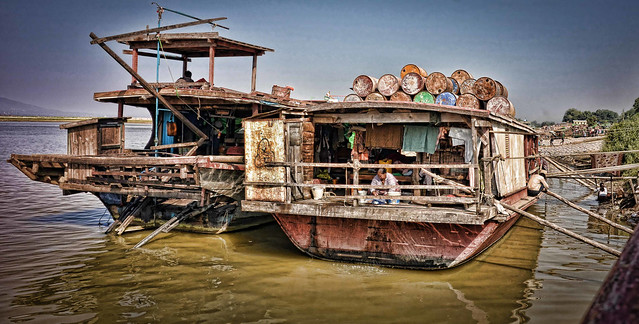 Each rainy season, the children of the barangay (small village) Darul-Akram in Languyan, Tawi-Tawi have a decision to make. For half the year, the path to school is blocked by a rushing, crocodile-infested river. To reach the school, children would have to cross the 60- to 100-meter wide river on rickety boats, risking their lives. Because of the perilous journey to reach school, many parents would force their children to stay home. The result of that decision is high dropout rates and a large population of children who never completed basic education. Regretfully, that was the norm. Each rainy season, parents would keep their children at home. However, everything changed with Vincent Durie’s “Boat of Knowledge.”

Creation, Concept and Impact of the “Boat of Knowledge”

Durie is a fellow of the Bangsamoro Young Leaders Program-Leadership Communities (BYLP-LeadCom). After discussing the safety concerns with both parents and teachers, he developed the “Boat of Knowledge” project. Along with his fellow leader, Tau-Spartan, he secured a grant. With the grant, he purchased a two-engine boat to ferry students to school.

The “Boat of Knowledge” project is two-pronged in its approach. The 30-person boat ferries both middle schools and high school students. It even makes as many as three trips back and forth to make sure that everyone gets to school. Meanwhile, along with ensuring that each student receives an education, the boat provides work for fishermen in the off-season, helping to stimulate the economy of this small village.

Education in the Philippines

Although the nation has a substantial economy, the education program within the Philippines is heavily underfunded. Education is often hindered by shortages in textbooks and buildings. As a result, only 78 percent of students complete the basic level of education. In fact, fewer complete any secondary level of education. In addition, absenteeism is a major problem. Without any serious structure for evaluating attendance, millions of children do not go to school. Currently, 2.8 million Filipino children are not in school.

The Ayala Foundation: Providing the Spark

Durie’s project is part of the Ayala Foundation, a nonprofit based in the Philippines that seeks to connect the growing business market with communities across the country. Its goal is to create creative, self-reliant and self-sustaining communities all across the Phillippines. To do so, the Ayala Foundation helps to build bridges that connect different sectors of the market, acting as a catalyst for cooperation.

The Ayala Foundation created the initiative BYLP-LeadCom. The initiative seeks to use the energy of Filipino youth to create positive change in communities. One change, for example, is supporting Durie with his “Boat of Knowledge.” Today, BYLP-LeadCom operates in five different provinces across the Philippines.

Certainly, Durie’s “Boat of Knowledge” is simple. However, by providing children an opportunity to gain an education during the rainy season, Durie and the Tau-Spartans have opened a world of possibilities for the children of Darul-Akram. 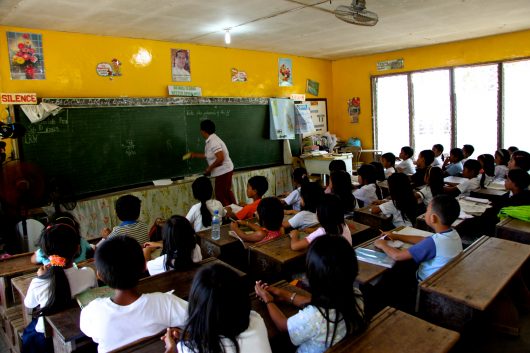 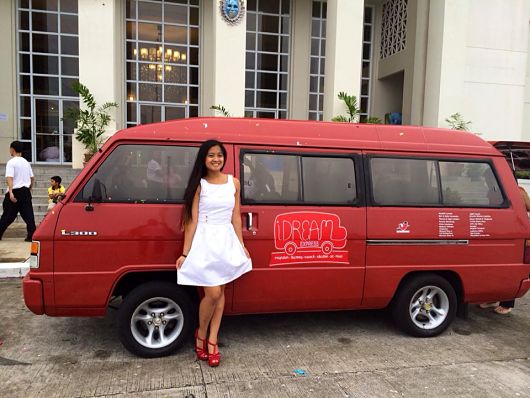 Technology has helped create a learning landscape that expands the access of education to citizens living in rural villages and children living in poverty. Enrollment numbers are rising, but children are not learning enough when they enter school. Some children are not able to attend school or drop out because their families face financial challenges that keep them from learning and sometimes have to join the workforce.

Mobile phones help increase literacy rates in developing countries by providing access to reading materials. There are 123 million youth who cannot read or write and most of them do not have any access to books. Schools in Sub-Saharan Africa lack the resources to have textbooks for their students.

UNESCO found that many parents read stories to their children from mobile phones and that it helps empower women as they read six times more than men on their mobile devices.

Villanueva, who is getting ready for her freshman year in college, travels to the Philippines to visit her family. She found out many of the children on the street were not attending school and developed the learning center to provide access to education for these children.

The organization is only a year old, but Villanueva says that there are about 30 children who show up at the different locations for education from the iDream Express. One challenge is that many children wander from city to city because of their living conditions on the street, which makes it hard to keep track of who is showing up to fulfill educational needs.

“I feel that every country is in need of mobile learning centers because education is not accessible, provided for, or enforced everywhere,” says Villanueva. “I plan to expand iDream Express globally, but next in line are Mexico and India.”

To help Villanueva expand education in the Philippines and around the world, you can donate to the cause on the iDream Express Crowdrise page. 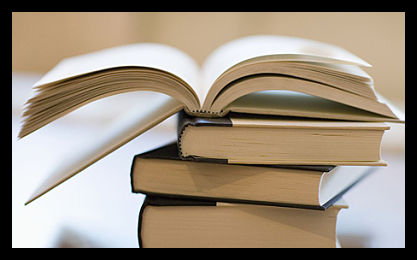 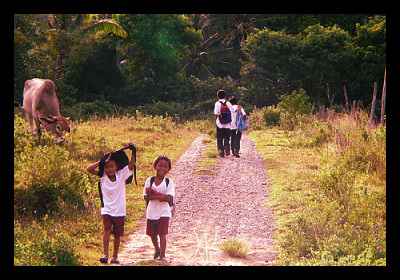 Low budgets have made it difficult to extend an education in the Philippines to an increasingly high population of children. A total of 309.43 billion Philippine pesos ($18.6 billion,) or 37 percent, has been allotted to DepED after the country determined the issues with their public education system.

A large portion of the DepED money will now be focused on incorporating technology and alternative learning systems in the classroom in hopes of integrating out-of-school children; the initiative is called the Enhanced Instructional Management for Parents, Community and Teachers (e-IMPACT,) originally established in the fiscal year 2007-2008.

The fund is also comprised of 44.6 billion Philippine pesos ($1.00316 billion) for repairing and constructing new school buildings. The DepED will be building 43,183 new classrooms, fixing 9,502 of the existing classrooms and constructing 1.59 million new schoolroom seats for the Kindergarten through 12th grade programs.

The plan will add 10 new libraries will be added to the 213 current centers; each will be supplied with new books. In hopes of reaching the goal of 1:1 student to textbook ratio, the Department of Education in the Philippines hopes to attain “42 million more textbooks and workbooks.”

e-IMPACT is a technology based alternative method of learning that is fueled by student interactions. Every student is given access to online modules and online guides to learning materials. The modules will open a window into how children are able to learn and communicate with each other and will allow parents and school faculty to become increasingly involved in ensuring that the e-IMPACT positively transforms the community. Everyone in the community will be engaged and learning with the students.

By incorporating e-IMPACT and repairing classrooms, DepED hopes to promote global mainstreaming and expansion of primary education, part of the second Millennium Development Goals. e-IMPACT will attempt to incorporate children who have dropped out of school and seeks to keep children in school who are at risk of dropping out.