Tag Archive for: Education in the Middle East 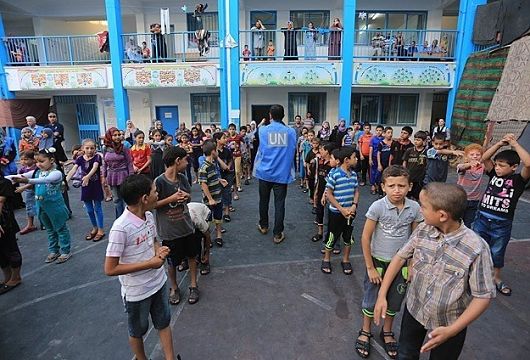 The United Nations is in the midst of its most severe funding crisis to date and the amount of people affected by it is continuing to rise.

The UN Relief and Works Agency for Palestine Refugees in the Near East (UNRWA) is one of the UN agencies most heavily affected by a lack of funding. After a recent emergency meeting conducted by its Advisory Commission, the UNRWA said that “drastic measures” would have to be taken if the current deficit of $101 million couldn’t be funded before the upcoming school year.

If the deficit is not met, the academic year could be delayed for over half a million students in the middle east across nearly 700 schools. The UN stresses, however, that there is still enough funding available to provide “immunizations for children, primary health care, relief and sanitation and some emergency programmes” through the end of 2015.

The UN has also stated that from September and on it can’t ensure the stability of those resources.

“Education lies at the very heart of the identity and dignity of Palestine refugees and of what UNRWA stands for,” says a UNRWA press release concerning the issue. “Our schools also provide a measure of stability in a very unstable region. Possible delays in opening the school year would also have grave implications for host governments.”

These budget cuts also have a serious effect on Palestinian refugees currently living in the Gaza Strip. Children who attend school in the region received $20 cash vouchers until very recently, when that service stopped entirely along with free meals provided at schools.

Coupled with additional UNRWA assistance is often what families depend on. Continuing to cut these services could have severely life-altering consequences.

“Our conditions worsen every day,” Bilal Mekdad, a Gaza Strip refugee, told the Anadolu Agency. “We fear the day we will find ourselves in the street.”