Tag Archive for: Education in Senegal 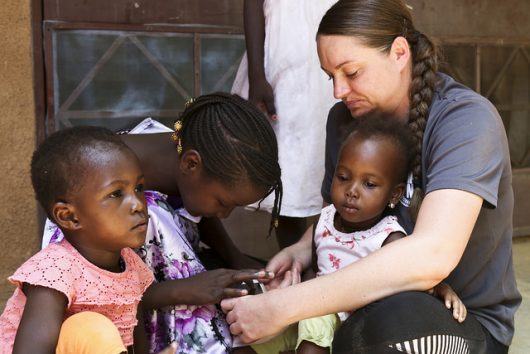 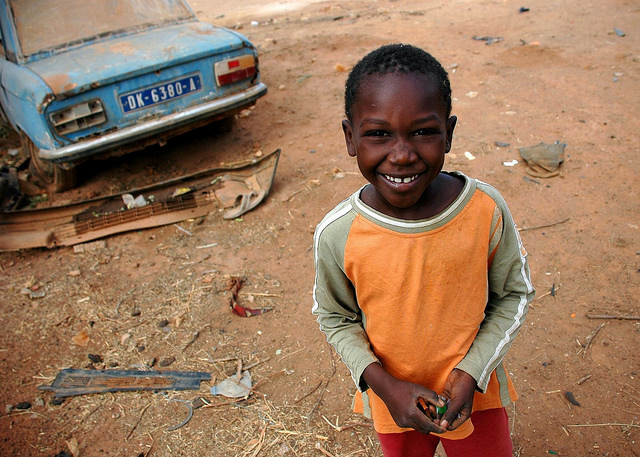 Sitting on the Northwest coast of Africa, the tiny country of Senegal is home to one of the most stable and liberated democracies on the continent. Despite its high unemployment and fertility rates, the World Bank classified Senegal as the second fastest growing economy in 2015—with a consistent annual economic growth rate of 6.5 percent.

Education in Senegal is free and compulsory until the age of 16. Since 2000, the nation has made significant headway in improving primary school enrollment rates— raising it from 69.8 percent to a steady 92.5 percent in 2009. However, the difficulty is in retaining students: many are discouraged from continuing education after the primary level because of untrained staff, challenging school environments and resource shortages.

The majority of teachers come in for short spurts of time as volunteers or directly out of their own schooling. More often than not, their lack of experience prohibits a comprehensive instruction of the syllabus, and the students fall unwittingly behind—unable to make up for their academic shortcomings within the necessary time frame.

Beyond this, teachers’ unions are continuously dissatisfied with their payment plans, benefits and work environments. Getting an education in Senegal often means dealing with strikes and other union collaboration that disturb the school year—leading to large, unnecessary gaps in the child’s education.

Due to such incidences, the overall achievement rate of secondary school graduates is only 50 percent, despite the public school system having a steady gross enrollment rate of 90 percent.

The struggle to continue education in Senegal past the elementary stage is most pressing for females, many of whom are removed from the system after physical developments and with the argument that it is vital to work within the home.

In 2010, UNICEF shared the story of Aisatou Ba, a young girl who was removed from school at the age of eight to work as a maid. Though she understood the imperative of schooling, the economic pressure placed upon her family made her capacity to augment income a priority.

Stories such as Ba’s run rampant throughout the rural parts of this nation, where surveys illustrate that school attendance from the ‘richest’ households is twice that of the poorest households. This means, even though education in Senegal is free, to many, it remains inaccessible. Even for those who wish to pursue secondary education, lack of resource makes it impossible to make each establishment equitable.

On top of this, statistics show that not only is the rate for girls in secondary school less than one in five, the literacy rate of women to men later in life is 6:10.

Furthermore, students are judged by their previous academic efforts and are forced to compete for a desk at a secondary school. Those who may not have performed well in their first six years of schooling—many of whom are victims of the uneven balance between familial obligations and school attendance—may even be placed in to a class size of 80 students to one teacher.

The cycle of poverty is perpetuated by this system: impoverished students slip out of the educational system without a second glance.

In 2003, the World Bank, in collaboration with the Global Partnership for Education, launched a project in Senegal by the name of Quality Improvement and Equity of Basic Education. The intention is to improve the educational environment at the primary school level, implement mathematics and science classes into the secondary schools and build institutions that are accessible to children in underserved areas.

This project will help provide more thorough instruction to the children already attending school. Futhermore, by bringing schools to poorer areas, it will mobilize impoverished children to seek the free education necessary to transform their lives. 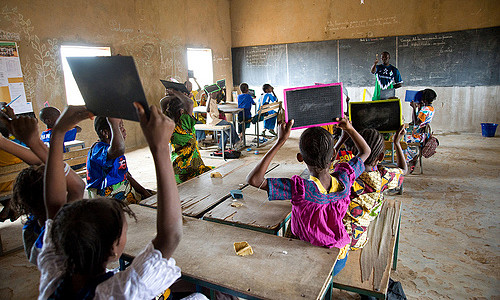 Once known around the world as the finish line of the famous Paris-Dakar Rally, the small West African country of Senegal stands out in from its neighbors. Unlike many of other West African countries like Cote d’Ivoire, Nigeria and Sierra Leone, Senegal has never experienced any notable conflicts or civil war in the last century.

This distinction has helped to garner the country a deserved reputation for high political stability in an often war-torn continent. However, Senegal also lacks the natural resources of many of its African peers and consequentially ranks as one of the poorest nations on earth. According to UNICEF, 22 percent of its population lives on less than a dollar per day.

For the youth of Senegal and for girls in particular, this has hindered the effectiveness of Senegal’s education system. However, the country has experienced a significant improvement in recent years. In 2009, 92.5 percent of Senegalese children attended primary school. This represents a dramatic improvement from 82 percent in 2005 and only 54 percent in 1994.

Yet, this overall progress belies a residual and significant flaw in education in Senegal; in the long run, girls are far more likely than boys to drop out and to receive less education. At a casual glance, however, it might not seem this way. In 2012, primary school enrollment was actually higher for girls than it was for boys at 74 percent and 72 percent respectively.

While the data for primary school enrollment suggests gender parity, this is not actually the case. As the children progress through their schooling, girls experience noticeably lower rates of attendance. This first becomes apparent upon the transition to secondary school. In contrast to 62 percent of their male peers, 57 percent of girls begin secondary school.

The disparity only widens as their education continues. Secondary school enrollment for boys was 34 percent for boys and 27 percent for girls. Ultimately, one can see the results of gender inequality in Senegal’s adult literacy rate; 62 percent of males and only 39 percent of females were literate. For every 10 literate men in Senegal, only 6 women have attained literacy.

These severe and disparate dropout rates reflect the economic challenges that affect poorer families in Senegal. Children frequently must quit their schooling in order to provide more money for their families by working.

This burden falls harder on girls. Often families will marry off daughters at a young age to lessen their economic burden or they will employ them around the house conducting domestic duties. Many will expect to do domestic work for the rest of their lives. This career choice puts girls and women at greater risk of sexual abuse and financial exploitation.

For families of higher economic standing, education in Senegal is less of an issue and more of an expectation. Girls from wealthier households have twice the attendance rate in primary school.

In the city of Dakar, one of the economic pillars of the Senegalese economy, private schools are becoming even more common. In fact, most schools in Dakar are private rather than public. This has created an even greater educational disparity for those without the money to pay for education.
The wealth and gender inequality in secondary education also carries over to higher education.

In total, it has allowed for 500,000 children to enroll in school of which 300,000 were girls. USAID has also helped to expand the educational infrastructure of Senegal through the construction of over 100 middle schools. It has donated more than 3 million textbooks and provided 20,000 schoolchildren with internet access.

The World Bank initiated an ongoing project called “Tertiary Education Governance and Financing for Results Project for Senegal” which is aimed at “[enhancing] the efficiency and quality of the higher education system” in Senegal. While the project is not expected to end until 2016, it has already posted impressive results. It found that 88 percent of academic programs fit quality standards in June 2015 with the target set at 90 percent in September 2016.

To lessen gender inequality, UNESCO and the Senegalese government have teamed up to initiate the “Girls and Women’s Literacy in Senegal” program. It aims to provide 40,000 women and girls with high-quality education and more professional opportunities.

More still needs to be done, and with only 750,000 dollars of funding, this initiative cannot single-handedly solve the issue of inequality in Senegal’s education system. With the help of more foreign aid, Senegal can expect further progress.