Tag Archive for: Education in Montserrat 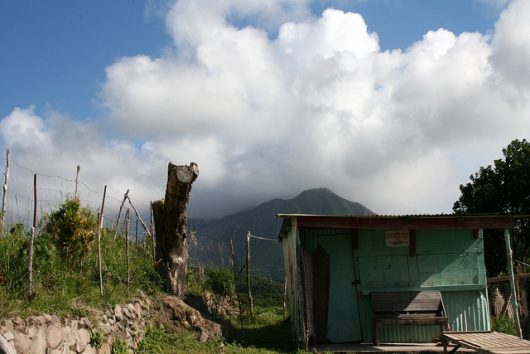 The small Caribbean island of Montserrat is primarily known for one of its most striking features, the Soufrière Hills volcano. In 1995, the island was devastated by a series of eruptions from this volcano, destroying nearly two-thirds of the island and almost completely covering the capital city in ash and boulders. Even though the eruption occurred more than two decades ago, the BBC still describes the island as “striving to rebuild” after the eruptions. As a British territory, Montserrat is still receiving aid from the British government in the aftermath. Even today, many of the causes of poverty in Montserrat can be traced back to the eruptions.

The destruction on the island left large portions of the southern region uninhabitable. Large amounts of physical assets and sources of income were also destroyed. Many families and communities were fragmented by the destruction. Nearly two-thirds of the population left the island. Those who chose to stay on the island but had to relocate struggled more than others with economic recovery. The economy itself has struggled to return to its pre-eruption levels.

There are other causes of poverty in Montserrat not directly associated with the eruptions. A major study of poverty in Montserrat released in 2012 found numerous causes of poverty. Adults who had only a primary level education were more likely to fall into poverty than others. Children under the age of 15 had the highest poverty level of any demographic. Larger households were more likely to fall into poverty than smaller ones. Additional causes related to different human rights issues on the island, including family breakdowns, domestic violence, unplanned pregnancies and drug and alcohol use.

Fortunately, the effects of poverty seem to be decreasing in Montserrat. While the 2012 report recorded poverty levels at 36 percent of the population, this number was defined by a poverty line much higher than the “severe” poverty line. Only 3 percent of the population, or around 160 people, fell into extreme poverty, earning less than $5 US per day. Since the study, poverty levels have fallen to the point where resources such as the CIA World Factbook report the poverty rate as negligible. British aid has been used to rebuild and expand infrastructure on the island. The population on the island has continued to recover over the last two decades. The government has also shown dedication to solving human rights issues. All of these steps show a continuing focus to address the causes of poverty in Montserrat.