Tag Archive for: Education in Lesotho 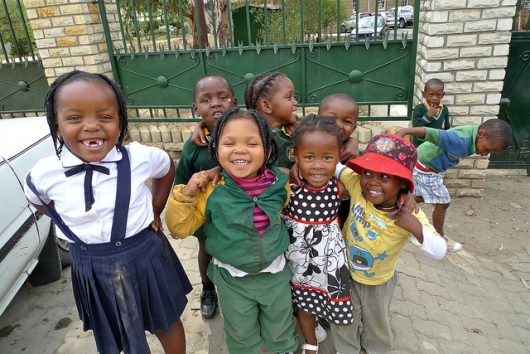 Geographically surrounded by the entire nation of South Africa, education in Lesotho, a mountainous country, has maintained an incredible track record. Boasting one of the highest adult literacy rates in all of Africa, Lesotho prides itself on its educational policies and opportunities.

Following the passage of the Education Act in 2010, education in Lesotho experienced tremendous success: by providing free, universal and compulsory education for students, the nation increased the rate of enrollment to 82 percent. In fact, of all the school-aged girls in the nation, 84 percent are enrolled in school.

Although the nation has made significant progress, organizations such as the Global Partnership for Education have been working to improve education in Lesotho. As of 2015, they helped reduce the student-to-teacher ratio in primary schools to 45:1 and purchased 1.1 million textbooks throughout the country. They also helped build, reform and furnish 143 classrooms.

In fact, with the World Bank Group’s approval of $25 million for education in Lesotho, leaders project that another 84,500 students will benefit. Lasting until 2021, the project will support teachers, improve student learning and retention and bolster institutional capacity. The project will also aim to reduce dropout rates in 300 of the lowest-performing schools, many of which are inaccessible and are located in poverty-stricken rural areas.

Higher education is also a priority in Lesotho. Through thirteen private and public institutions, including the National University of Lesotho, Lerotholi Polytechnic, Lesotho College of Education and the Limkokwing University of Creative Technology, Lesotho serves the needs of its students interested in pursuing higher education.

In Lesotho, women’s literacy rates remain incredibly high. Recent statistics suggest that, despite a high number of out-of-school girls, 95 percent of all Lesotho women are literate. This suggests that some success is emerging as a result of the educational policies put forward in Lesotho.

Although there remains room for improvement, as no system can ever truly be perfect, Lesotho has made incredible strides as a nation in prioritizing and developing their educational system. Through international support and continued relief efforts, the nation will inevitably reach their goal of providing education for all in the near future.