Tag Archive for: Education in Israel 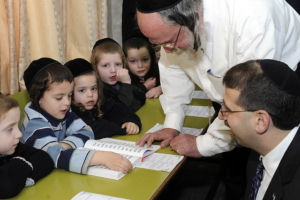 Although Israel as a whole is a highly educated country, its Arab minority does not fare as well in attaining higher education. Arabs and Jews typically attend separate schools, and the state education budget is unevenly skewed towards funding Jewish schools. Unequal access to education has long term consequences and in most cases result in poverty and unemployment of Arab minorities.

Education in Israel is treated with importance. Consequently, the nation is a leader among OECD members for the percentage of citizens completing tertiary education. According to the 2013 OECD publication, 46 percent of Israelis aged from 25 to 64 hold a post-secondary degree, well above the group’s average of 32 percent. Additionally, Israel’s population is younger than the average. Over 42 percent of the population is younger than 25, providing a continuous stream of students and young professionals that are entering the workforce.

A precursor and important supplement to tertiary education in Israel is mandatory military service. Conscription begins at the age of 18, lasting three years for men and two years for women. The Israel Defense Forces (IDF) is structured into different units, with conscripts sorted among them based on military and technical aptitude. The most prestigious IDF unit is the Talpiot, noted for its scientific innovation. It combines military service with rigorous science, technology, engineering, and mathematics (STEM) education, giving its participants transferrable skills for university education and preparing them for the job market.

Challenges in Education in Israel

Primary education in Israel tends to be highly segregated. This segregation is representative of Israel as a whole as, according to Foreign Policy Magazine, 90 percent of Arab-Israelis live in all Arab communities. Separating children by ethnicity and religion limits their ability to learn about one another’s culture firsthand.

In addition to learning in isolation from their Jewish counterparts, Arab-Israeli schools receive less funding and do not meet the same educational benchmarks. Whether measured in standardized test scores, high school graduation rates or university matriculation, Arab-Israelis consistently lag behind. One of the more startling statistics regarding education in Israel is the per-pupil funding figure that can be almost 88 percent lower than that of a Jewish student. Furthermore, Arab-Israelis are not required to serve in the IDF, depriving them of the vocational training Jewish soldiers receive.

Consequences on the Country

Poverty in Israel is high compared to other Western industrialized nations and especially pronounced among Arabs. While poverty rates are decreasing, nearly half (49.4 percent) of Israel’s Arab population lives below the poverty line. Lack of education and underemployment plays a key role in Israel’s poverty rate, as over half of the poor families are working families.

Poverty creates a bad environment and makes people prone to crime, and the poverty present in Arab communities contributes to higher crime rates than Israel’s average. Most alarming is the increase in violent crime, including weapons violations and assaults. According to a 2018 article published in the Israeli newspaper Haaretz, Arab citizens were involved in 40 percent of violent offenses and in 60 percent of the murder cases in the country, despite only comprising 20 percent of Israel’s population. As many Arab-Israelis feel marginalized socio-economically, some resort to violence as a means to make ends meet.

Both the Israeli government and nongovernmental organizations are working to ameliorate the educational gap between Arabs and Jews. One nongovernmental organization called Hand in Hand that serves as a center for Jewish-Arab education in Israel strives to bring Arabs and Jews together in the classroom. According to the organization’s mission statement, it currently operates in six schools, with the goal of expanding in at least 10 schools and 20,000 pupils in the next decade.

In terms of governmental reforms, Minister of Education Naftali Bennett pushes for both increased spending and a curriculum overhaul. The Jerusalem Post reports that Israel’s 2019 education budget of around $140 billion will surpass its defense budget. This is an astonishing development for a country that faces a vast array of security threats in its immediate vicinity.

Addressing the academic gap between Jewish and Arabic students, Bennett urges Arab schools to emphasize Hebrew and English instruction claiming that its absence is a barrier to future employment. The future of education in Israel depends both on integrating Arab students with their Jewish counterparts and addressing the structural problems present in underperforming schools. 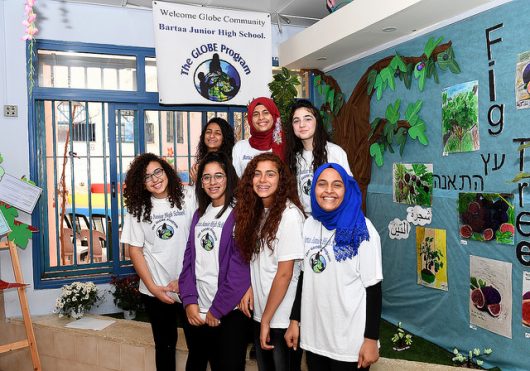 As Israel has become a center for innovation, the nation has attracted investors and entrepreneurs from across the globe. In fact, new technology in computer science and cyber security entices nearly 15 percent of the world’s venture-capital in the industry. While the standard of living in Israel ranks around 19th in the world, over one-fifth of its population lives in poverty.

One of the ways in which the country combats poverty is through access to education in Israel. Israeli culture and history emphasizes the importance of education and employment in traditionally white collar jobs. Israel’s education system is three-tiered, schooling children from age 5 to 18.

The OECD’s report on education recognizes Israel as one of the most educated countries in the world; almost half of the countries 25 to 34 years old held bachelor’s degrees. While there is high participation in higher education, there are major gender inequalities.

UNICEF’s data indicates that girls fare better in primary and secondary schools with rates slightly higher than their male counterparts.While access to education in the state-run school system is generally equal, the outcomes of this system are not. Education in Israel succeeds in educating its population through 18, but does not always provide ample employment opportunity for its women.

Women in Israel are enrolling in higher education, making up about 57 percent of incoming students. They are outperforming their male peers but are less likely to find work upon graduation.

Women are also paid around 30 percent less than their male counterparts, which is higher than the OECD average of 26 percent. Despite a well-educated population, over 20 percent of Israel’s population lives below the poverty line; the connection between gendered wage disparities and poverty is curious. Arab women and haredi men tend to see the highest rates of unemployment. Engaging women in the workforce and building on the classroom education experience could benefit the economy and quality of life for families in Israel.

Women participating in the workforce, although earning less than men, also work fewer hours. The primary reason for the large portion of women working part-time is child care — only half of women with higher education and children aged 0 to 4 worked, while their husbands, with similar education levels, were employed at a rate of 84 percent.

The cost and responsibility of childcare rests primarily on women’s shoulders, preventing women from adding to the family income and also creating a ripple effect in delaying a woman’s professional development and the timeline for her career. That being said, Israel does have policies to protect women in the workforce before, during and after their pregnancy. With 6 months maternal leave, about 3 months paid, these policies provide incentives for women to remain in the workforce during childbearing years.

While the future of Israel looks bright, low participation in the workforce remains a daunting problem hindering economic development and poverty reduction. By continuing to explore ways to strengthen the system of education in Israel, the state can improve on one of its best assets — its people.

An asset-based community development plan can help firms benefit from improved labor participation, and benefit families living below or near the poverty line. All in all, creating opportunities for women and using their education in Israel can lead to reduced poverty and a more robust economy.