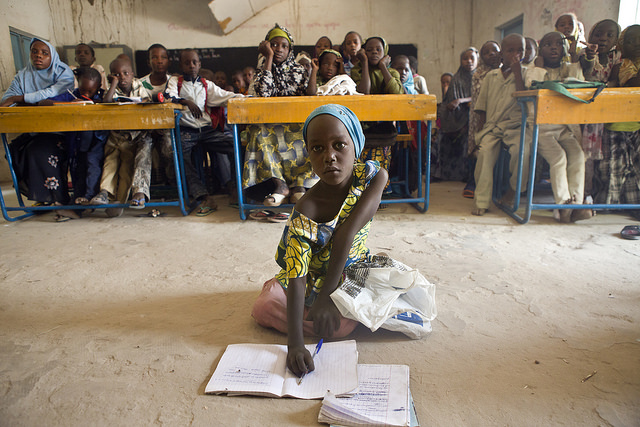 Areas of conflict have many negative effects on the citizens that inhabit those areas. One of those negative effects is the quality of education. Conflict areas in sub-Saharan Africa, where warfare is prevalent, have the highest numbers of child soldiers; 300,000 soldiers between the ages of 10 and 24 are risking their lives in armed conflicts around the world instead of getting the education that they need. Education for conflict areas should be one of the main focuses of sub-Saharan African countries.

A survey conducted by UNICEF polling in the Central African Republic, Uganda, Chad and Nigeria found that 50 percent of respondents reported that schools have been forced to shut down or been damaged due to war conflicts. Additionally, the survey also found that in Nigeria 76 percent reported disruption to education due to conflict. This percentage was even higher in Uganda where 89 percent reported disruption to education.

Damaged schools along with unsafe travel to class, absent teachers and children being forced into war are all factors disrupting students’ education. In the same UNICEF survey, half of the respondents said that education is vital to providing the skills and opportunities that are needed while also promoting peace.

Some ways to improve education for conflict areas in African countries are to involve and correlate U.N. agencies, non-government organizations and local governments to respond to conflicts and promote education. Another way to improve education in areas of conflict is to create programs that are youth led and that promote nonviolence and tolerance. By promoting peace to youths it will encourage students to get an education as well as teach them to promote peace for future generations.

The Global Partnership for Education (GPE) is a nonprofit dedicated to bettering education around the world. GPE has been developing programs for youths out of school, including programs for education for conflict areas. These programs include developing ways to identify the number of children out of school and understanding the main obstacle to education. GPE also conducts assessments to create strategies and plans to promote education within individual countries’ governments and to create a dialogue with local education groups. The dialogue between local education groups gives support to decisions on promoting education.

The Effective Support in Fragile and Conflict-affected States policy by the GPE along with its Guidelines for Accelerated Support in Emergency and Early Recovery Situations is one example of how GPE is directly helping conflict areas such as the Central African Republic. These two policies coordinate decisions about how to utilize resources in crisis settings. One technique for doing this is to shift those decisions to non-governmental providers so that people get direct service during acute crises.