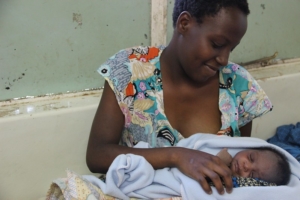 The African Court on Human and People’s Rights had to make a pivotal decision regarding the right to education for pregnant students in Tanzania. On November 19, 2020, Equality Now and Tike Mwabipile, executive director of Tanzania Women Lawyers Association (TAWLA), filed a joint application to the African Court on Human and People’s Rights to abolish a discriminatory ban. Three human rights groups, the Initiative for Strategic Litigation in Africa (ISLA), Human Rights Watch (HRW) and Women’s Link Worldwide (WLW), joined the application as joint amici. This application is in direct response to the discriminatory ban in Tanzania, whereby the government of Tanzania is disregarding the rights of females who are pregnant, married or mothers.

The Discriminatory Ban and Joint Amicus

The discriminatory ban in question has been in practice for decades across Tanzania, but in 2017, former president John Magufuli introduced an official ban against the education of pregnant girls, married girls or mothers, stressing immorality as reasoning. The ban draws its power from the Tanzania Education Act, which states that expulsion for a student is deemed necessary when they have “committed an offense against morality.”

Tanzania’s current and first female president, Samia Suluhu Hassan, who stepped into her role in March 2021 after Magufuli’s death, has made it her mission to incentivize the progression of women’s rights in Tanzania and distance herself from the controversial policies of the previous presidency.

The three human rights organizations, attempt to highlight the injustices that have come to fruition as a result of the discriminatory ban and to prioritize the need for education for pregnant students in their joint amicus, which highlights:

“Tanzania’s international and human rights obligations to guarantee the freedom from discrimination; to prevent and respond to violence against girls, including in school settings; and to safeguard the sexual and reproductive health and rights of girls and young women.”

This legal endeavor represents one of the many collective efforts for women’s rights progression in Tanzania in recent times. The discrepancy in policy regarding Tanzania’s education laws appears to represent a significant obstacle to overcome on the road toward progress.

However, in November 2021, Tanzania announced that it would make a critical step toward safeguarding the right to education by lifting the ban. Human Rights Watch says Tanzania has “recently removed restrictive policies, but [has] a policy gap,” indicating that this supposed breakthrough may have more effect on paper as opposed to in practice.

Tanzania as a nation has a long and troubled history in regard to the education of women and young girls. Several core aspects of its education policy are founded on the decisions of a fundamentally patriarchal government in the 1960s, after the nation’s official independence from Great Britain in 1961.

These prior actions have resulted in a situation where, today, across Tanzania, the guarantee of education for pregnant students is far from a reality. According to a 2013 report by the Center for Reproductive Rights, a large percentage of schools across Tanzania interpret the act of pregnancy for students as immoral.  This has manifested as a situation that sees student dropout numbers at an alarming number according to figures provided by the World Bank in 2021: “More than 120,000 girls drop out of school every year in Tanzania. 6,500 of them because they are pregnant or have children.”

The 2013 report also noted a widespread belief within the education system in mainland Tanzania that expulsion is mandatory if a student is pregnant. However, the report found that there is in fact no legal mandate for expulsion, and on the contrary, according to the World Bank, “Tanzanian laws and policies promote and protect adolescent girls’ rights to education, health, nondiscrimination and privacy.”

Due to the widespread misconception in Tanzania that expulsion is legally necessary for pregnant students, and with standardized pregnancy tests standing as common practice within the education system, societal norms instilled by previous presidencies shape and control the educational rights of thousands of young girls.

The lifting of the ban not only leads to legal progress within Tanzania but also upholds the rights of women across the nation.