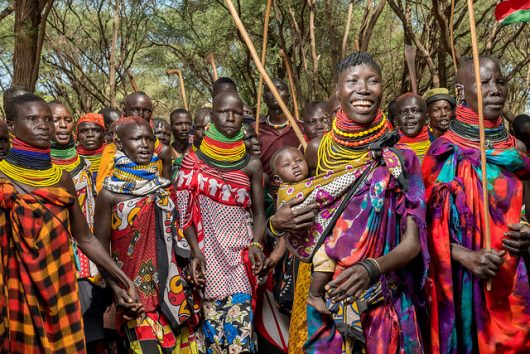 There are three major causes of poverty in Kenya relating to a lack of adequate education, even though Kenya is a country that values education and recognizes its long-term benefits for the nation. Kenya is in dire need of assistance to rise above the poverty line, considering 45.9 percent of the population were below that line in 2005.

Kenya is a society that values education highly; in fact, 95.6 percent of youth were enrolled in basic education in 2000 and 108.9 percent were enrolled in 2015. The data exceeds 100 percent due to overage and underage Kenyans attending school. The influx in enrollment was partially caused by the abolishment of entry fees for primary schools in 2006.

However, the first of many causes of poverty in Kenya is the amount of funding the schools require from Kenyans and government officials to provide adequate materials and resources. Just this month, a Kenyan youth mentor named Michael Wanjala, who was raised in Nairobi, shared: “The thing that pushed me so much was one day when mom went to ask for a loan of 2,000 shillings to pay for my education…It was so hard. I had to go and ask for textbooks. I had to go and ask for a uniform, for shoes.”

Overpopulation is the second issue because the vast quantity of enrolled children today means there is a higher demand in resources for a well-equipped, productive learning environment.

Furthermore, a poor quality education is another one of the causes of poverty in Kenya. A high number of children are cramped together in classrooms, there are minimal teaching materials and each class has a single teacher. With a poor teacher to student ratio, children who learn differently end up getting left behind because the teacher does not have a chance to serve each child individually. Those children who are left behind remain enrolled in school until they can catch up, adding to the amount of resources needed, since there is not an even ratio of new students to graduated students.

The Ministry of Education has already established a Directorate of Quality Assurance and Standards under the Education Act of Kenya to begin the process of monitoring teachers’ performances and to improve the quality of Kenya’s basic education.

Simply because many Kenyan children attend school does not necessarily mean that they are benefitting from the experience as much as they could be. If they were provided with more schools, teachers, resources and extra funding for additional materials, then their attendance in primary schools would make a greater impact on the country’s poor. Kenya’s school system needs to match the demand caused by their large population so that children can obtain a quality education and – hopefully – be better equipped to lift themselves out of poverty and succeed in the future.