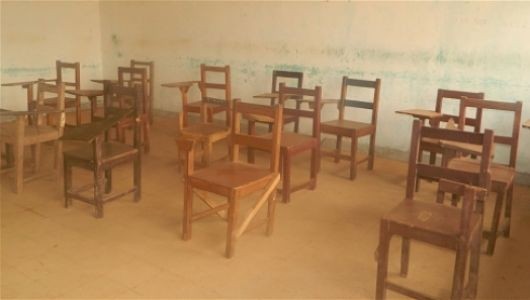 On July 31, Liberian schools were closed again after having been reopened for only five months. Students, parents and teachers were alarmed, since they had expected school to continue through the summer to make up for time lost to Ebola. An announcement regarding closing was made in June.

Schools had reopened in March after having been closed for six months due to Ebola. Now, they are closed in order to prepare for the next school year, according to Education Minister George Werner.

Werner further explained that in March schools reopened without having been completely ready. Textbooks and other learning materials had not been delivered. Teachers hadn’t had enough training to complete a whole school year. The government now believes it would be better to close and become more prepared for a full school year. Students, parents and teachers are concerned about finances.

A grade 11 student in Monrovia, Conference Harmon, told IRIN that it’s a nightmare.

“How can the government do this?” she said. “Just imagine, I have paid my entire school fee [for the year] and now the government says schools should close. I am not happy about this.”

A mother, Martha Ernest, agrees: “Where does the government expect us to look for more money to pay school fees again?” she asked IRIN. “Why do they want us to suffer? I just cannot get over this. Money business is hard in this country. This is bad.”

A primary school teacher, James Tamba, was also concerned about money. He told IRIN, “We are worried that we will run out of money while we are on break because schools will not pay us for the rest of the months that we will be sitting at home. How do they expect us to feed our families? This decision is too harsh.”

A developing country, Liberia depends immensely on foreign aid. Eighty-four percent of the population live in extreme poverty. The country has been recovering from devastating civil wars for the last 14 yearss. Its education system is still being rebuilt; civil unrest obliterated most of the trained workforce. Among the many challenges to the education system is preparing teachers. About a third of primary school teachers in 2014 were not qualified. Forty-three percent of the population age 15 and older are illiterate.

When schools closed last year, parents were already voicing concerns about having the money to pay for fees once school started, yet most acknowledged the importance of education. Teachers were able to continue lessons at home for their children, and older children were able to help siblings, but most parents were uneducated and could not teach their children at home. Lessons on the radio were introduced in October 2014 for those students who were able to access them.

For the start of the coming school year, the government will allow eligible students to be promoted to the next grade. This concession is in addition to the 9th- through 12th-grade students who must take placement exams anyway. This announcement, however, has caused another kind of concern: the method for grade promotion has not been made known. Many wonder how a mix of students who have completed a half year and students who have been advanced will be accommodated, especially in crowded classrooms.

Still others are worried about the corruption already present in the school system. They fear that this will only cause even more bribery by parents who seek to promote their students. Werner acknowledged the poor state of the education system: “It is no exaggeration to say that education in our country is a mess.”

However, Werner reiterated that “in some places, the education system has collapsed.”

“I am not willing to put off the hard decisions, to just sit at my desk and watch the problems become ever more entrenched,” he said.

A parent, James Peewu, told IRIN that he agrees with Werner: “I think we need to go back to the normal school year. Sometime[s] we just have to make the sacrifice … I know it won’t be easy, but we have to sacrifice.”

Whether schools should have stayed opened or shut down to better prepare for the coming school year is a topic of debate in Liberia. Most agree, however, that missing school has a negative long-term effect that must be avoided.