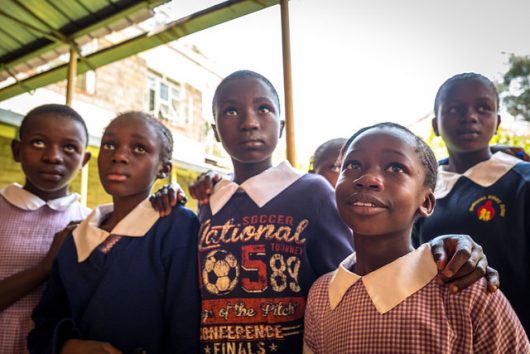 In 2003, Kenya first introduced what is known as free primary education. Since then, primary school enrolment rates have increased as much as 84 percent in some regions; a great improvement for the country as a whole. However, the reality is that barriers remain in Kenya that reinforce male privilege. A lack of girls’ education in Kenya is one of these barriers.

In regions that experience high poverty rates and low levels of gender equality, as little as 19 percent of the girls in the region are enrolled in local primary schools. In others, as few as one in 15 girls are enrolled in primary school. There is an obvious gender gap when it comes to girls’ education in Kenya.

Although primary education may now be free in Kenya, families are still responsible for providing the children with the necessary equipment to attend these primary schools. Often, families must prioritize the education costs of their children and make the difficult decision to send the child thought to have the best possibility of future success and keep the other, or others, home.

In rural Kenya, one in two girls is married by age 19. The legal marriage age is 16. The percentage of girls getting married below the age of 18 is 30.5 percent.

One father describes his decision not to enroll his daughter in primary school: he says he was “trying to be practical by keeping [her] home” he “never thought of education as a right” and instead focused on her future marriage. This belief and thought process is not uncommon in Kenya. Most often, the result is sending the boy to school and keeping the girl home.

A Need to Challenge the Traditions

The good news is, this thought process and belief can be changed. It is evident that laws and policy do not impact enrollment rates for girls in Kenya, so what is left? What is needed is an engagement and challenge of the traditions and culture in Kenya, specifically rural Kenya.

Traditions have a large influence on education barriers for young girls. Poverty, ignorance and male preference factor in to disadvantage young girls and their educational track.

While it is rare enough for girls to attend primary school, transitioning to secondary school or universities is almost unheard of. In Trans Mara West, 2.4 percent of the female population attends university. Even more shocking, just 1 percent of girls are enrolled in university in Narok North.

Girls’ education has been proven to be one of the most beneficial strategies to enhance development and economic growth. Educated mothers tend to have healthier children and that these children are also more likely to attend school, breaking the cycle of illiteracy and poverty.

Foreign aid and governmental efforts must now be allocated towards changing beliefs and traditions surrounding girls’ education in Kenya in an effort to increase primary school and university enrollment rates. 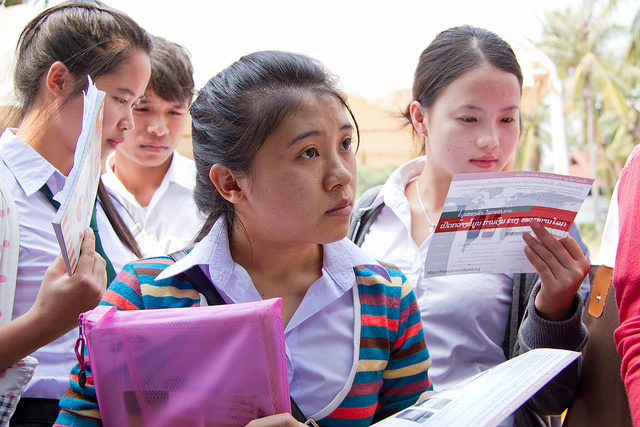 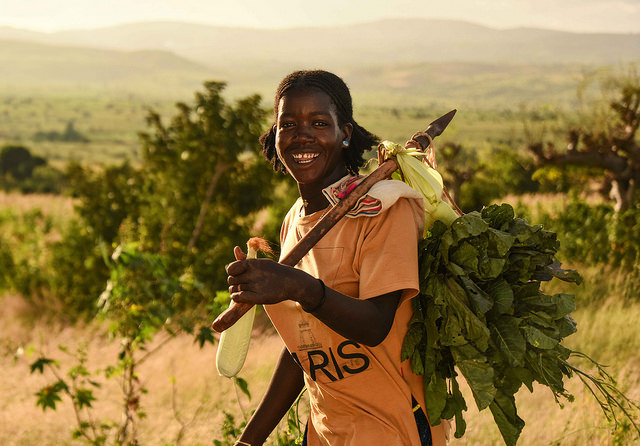 Dr. Martin Luther King Jr. once said, “Injustice anywhere is a threat to justice everywhere.” But the inverse can also be true. When a socially marginalized group gains access to rights and opportunities, it can benefit everyone around them. This statement holds true for women’s rights. History has proven that easy access to women’s education leads to less poverty. Here are four examples that support this claim.

Niger is not only one of the world’s poorest countries, but it boasts one of the world’s highest birth rates. Women from Niger each give birth to an average of 7.6 children. The country sees large families as a sign of power and wealth. But “it’s impossible to feed, educate and care for all these children in the short term,” according to the nation’s family planning division.

The BBC, reporting on Niger, concludes that, “Education appears to be the key to reducing the number of babies born.”

Countries that invest in schooling become richer and healthier

Women’s education leads to less poverty, but also to several other benefits. UNICEF studied how countries in Southeast Asia and Latin America changed by investing in women’s advancement. The investing countries found an increase in economic development, income per family and health. Human trafficking and child mortality rates for those same nations declined. By contrast, the countries in the study who did not invest in educating women were met with reduced income and slowed growth.

The ultimate obstacle to women’s empowerment, according to The Guardian, is the culture they live in. Women not only contribute 70 percent of the world’s working hours, they also make up 70 percent of the world’s poor. The most limiting factor to a girl’s future can be the people closest to her. These limitations take the form of a neighbor shaming a school-attending girl, or a parent arranging a girl’s marriage. If women’s economic choices are tied to their families then they will have few tools in escaping poverty.

The World Bank supports gender equality in addition to poverty elimination. It does so by providing resources to impoverished women while promoting gender equality in the household. The result is large development payoffs in society.

The American Prospect (TAP) looks into the complications of integrating education into an anti-poverty initiative. It is certain that both men and women’s education leads to less poverty. However, TAP notes how education only fights poverty in places where economic returns are viable and achievable for those with higher learning. Workers require a context wherein they can be rewarded for their skills and can see the benefits of the growth they help create.

Job training improves the quality of workers for a global market, which allows poorer nations to benefit from their wealthy peers. Supporting women’s education will create the context where girls can improve their lives and improve the world at the same time.

In 2017, Congress introduced the Protecting Girls’ Access to Education in Vulnerable Settings act. Through providing women’s education, the United States can bring about the positive changes recorded, and predicted, by the BBC, UNICEF, The Guardian and The American Prospect. If you are an American citizen, you can support this bill at The Borgen Project’s website.