Tag Archive for: EdTech in India 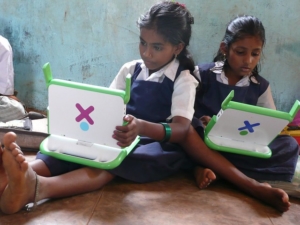 Education Technology, also known as EdTech, is a current driving force for major improvements to education in India. The information and communication technology placed in school systems throughout the country helps bring outside knowledge to classrooms that would have been previously inaccessible. Edtech has recently dropped in pricing, making the equipment and technology easily accessible in less developed areas and easier to implement in impoverished schools.

While enrollment has increased, education in India is still behind with teaching methods and test scores. Many students test poorly in math and reading skills and teaching quality decreases in rural areas. In 2015, the mean achievement scores for math at a national level for rural areas was 247, while the urban score was 256. Urban areas also scored 19 points higher in English, with a mean score of 263. With less access to teachers and educational materials, the rural school systems face more deficits than urban areas.

Education technology is a relatively new concept for foreign countries, but the benefits to technology-infused classrooms are well known. Below are three benefits of increasing EdTech usage in Indian school systems.

While Edtech is benefitting education in India, foreign investments heavily fund the current ventures. Further development into education technology would require extensive partnership with the government, but some are taking steps to bring more technology into Indian classrooms. Prices for tablets and computers have decreased in recent years, making these educational programs more accessible to the multitudes. Many state-run schools have some access to these newer programs, and India is making more strides towards providing EdTech for students in all regions.