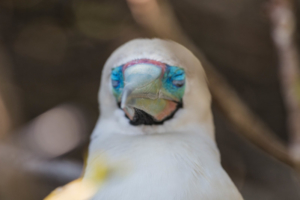 Home to the Galapagos Islands and where the equator runs right through, Ecuador is also home to an extremely impoverished population, where 21.5% live beneath the poverty line. In a country where many people struggle to get their daily needs met, long-maintained and accessible healthcare in Ecuador gets set on the back burner. This can exacerbate the obstacles the population faces in seeking wellness alongside food insecurity and sanitation.

The national healthcare in Ecuador was first deployed in 1967, where it floundered in providing reliable and efficient coverage for its population. Spanning the time between 1992 and 2006, Ecuador underwent eight national governments. This lack of stability created a turbulent socio-political landscape. It ended up wounding the efficacy of the various infrastructural sectors, including health. The Constitution of 2008 declares health to be a right. This supports the moral tenants on which its publicly integrated healthcare system operates, those being the universality and equity of it.

The State of Health

Deficiency diseases, which are common in places that struggle with food and nutrition security, along with infectious diseases and degenerative conditions are prevalent within the population. The most common health issues tend to arise from vehicular accidents and assaults.

The World Health Organization measures an efficient healthcare system. It is according to population health, equality in healthcare, the responsiveness of the system, the distribution of a responsive system and the responsible allocation of healthcare expenditures. Ecuador is still making strides in all of these criteria.

Additionally, the healthcare system itself lacks consistency, as those delivering care struggle to coordinate. The classification of different sub-sets within the umbrella of healthcare is also poorly defined. Each healthcare institution has its own structure, management and funds. They can make for unequal care for the people depending on their varying circumstances.

Furthermore, Ecuador has two kinds of healthcare: private and public. The public sector includes Social Security and other government institutions such as the Armed Forces and the National Police. There are also private organizations that work within the public sector such as the Cancer Society and Ecuadorian Red Cross.

Also, the national budget, funds that come from outside of the budget, outside agreements and organizations and emergency funds all subsidize public healthcare. Meanwhile, private organizations selling their service to the public health sector, private health insurers and pre-paid health insurance bankroll the private health sector. Private insurers and pre-paid insurers cover 3% of the middle to high-income population.

Fortunately, the country is fighting to create a healthcare system that works for and is accessible to everyone in Ecuador. This includes the poorest and most vulnerable communities. As a result, the Ecuador Ministry of Public Health decided to deploy healthcare in Ecuador that prioritizes primary care. The number of those covered by the healthcare system has been rising. In 2007, the number was just 1,518,164, which rose to 3,123,467 as of 2014.

Overall, healthcare in Ecuador has been improving throughout the years. However, as of June, Ecuador clocked in at one of the highest per-capita COVID-19 death rates in the world. Ecuador’s developing healthcare system struggles to keep up with the pandemic. In the meantime, organizations like Direct Relief are sending donations and resources to Ecuador. They attempt to triage the economic damage and loss of life that will be wrought. The nation continues to build a more robust, sustained infrastructure. Such relief is being used to fill in gaps where Ecuador may have been struggling with preventative measures, such as protective clothing and clinics.