Tag Archive for: Economy of Mali 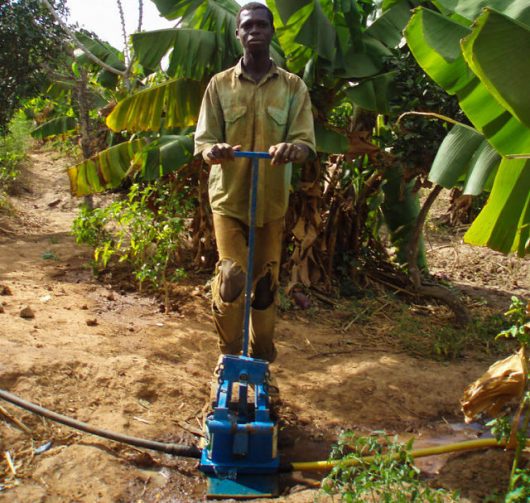 Mali is a landlocked country located in West Africa with a population of approximately 18 million people. While the national poverty fell from 55.6 percent in 2001 to 43.6 percent in 2010, Mali remains 175th out of 188 countries on the United Nations Human Development Index.

Credit access in Mali stands out as one the leading impediments to economic growth. A smallholder farmer is refused a loan seven times out of ten because of the high risk and unpredictable nature associated with the agricultural sector. This difficulty accessing credit is only further compounded by the fact that about 80 percent of the entire labor force actively participates in farming.

Credit serves an important role in the growth of developing countries’ economies. Increased credit access in Mali is essential for allowing farmers, businesses and consumers across Mali to utilize investment capital and thus help expand economic activity. If 70 percent of farmers are refused loans from the start in a country where 80 percent of the workforce is engaged in farming, significant economic growth becomes nearly impossible.

Moussa Sylvain Diakite, a mango producer and exporter in Bamako, explains this discrepancy noting that “Malian banks have a commercial focus and not an agricultural one which is why they struggle to accompany agricultural activities.”

One of the leading initiatives to improve credit access in Mali is the Agricultural Competitiveness and Diversification Project. Led by the Malian government and the World Bank, the program hopes to provide financial support to both individual Mali farmers seeking credit and commercial banks. By enfranchising Mali farmers and reducing risk for commercial banks that offer them loans, the Agricultural Competitiveness and Diversification Project will help scale agricultural production and the number of small and medium enterprises throughout Mali.

Above all, the Project works to “reduce the risk of investing in agriculture endeavors through technical assistance, new technologies, and greater knowledge of the supply chain and key actors,” according to World Bank Agribusiness Specialist Yeyande Kasse Sangho.

Researchers who partnered with Soro Yiriwaso, a microfinance institution in Mali, conducted a two-stage randomized evaluation in 198 villages in rural Mali. The findings point to agricultural lending as an effective means of increasing investments in the agricultural sector, as well as increasing profits and yields.

Village households which were offered loans spent about $10.35 more on fertilizer and $5.08 more on herbicides and insecticides than the households in villages that did not get loans. These loans also contributed to an increase in the value of agricultural output by $32. Many of these households also received grants invested 14 percent more on inputs than households that did not receive grants. Those households also saw output and farm profits increase by 13 percent and 12 percent, respectively.

As the relationships between farmers and commercial banks strengthen, credit access will only continue to spread in Mali and enable further economic growth. With continued efforts and projects as the ones mentioned above, there’s significant hope that the focus on credit access in Mali will serve as an example for the economic development of other impoverished regions.