Tag Archive for: Economy in transition 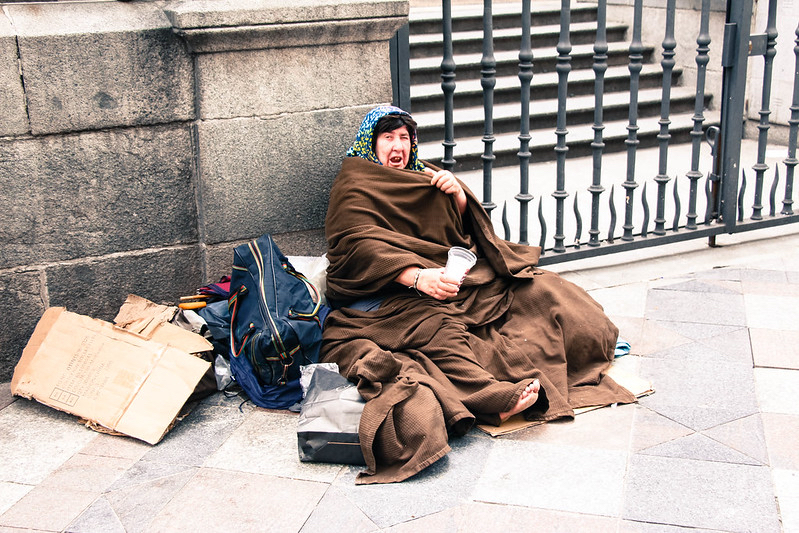 Belarus, known as Europe’s last dictatorship, is a former member of the Soviet Union. It is a relatively poor nation, ranking 136th in GDP growth rate and 94th in GDP per capita. The U.N. classifies Belarus as an “economy in transition.” This classification is for countries that have been transitioning from a centrally planned, Soviet-style economy to a market economy since the 1990s. That change has not been easy, as the millennium began with Belarus’ poverty rate hovering at 60%. Despite the nation’s massive reduction in poverty — to less than 1% in 2013 — homelessness in Belarus continues to persist.

Belarus Guarantees the Right to Housing in its Constitution

Ratified in 1973, Belarus’ constitution guarantees housing as a human right: “In the absence of basic shelter and housing for a large group of people, the State is obliged to make every effort and use all available resources to meet the minimum obligations for the realization of the right to housing.”

The constitution states that homelessness should not exist. The national government must put policies in place to address homelessness in Belarus and to combat the discrimination and persecution homeless individuals face. In reality, however, the housing supply is low, forcing many vulnerable individuals into homelessness. The current government mostly ignores the homeless issue and has not addressed it by increasing the availability of adequate, affordable housing.

Lack of Data on Homelessness in Belarus

Accurate, up-to-date information and a systematic approach to data collection are vital in addressing homelessness. Belarus does not have a singular standardized method utilized throughout the nation. Each district and city government has their own way of collecting data, which leads to conflicting information.

In 2014, Minsk, the capital, officially registered 65 homeless individuals, but the national government counted 500. In 2013, the ministry of labor and social protection reported approximately 4,000 cases of homelessness throughout the entire country, but five years earlier, the 2009 census counted 587. These varying statistics plant seeds of doubt in future counts.

The real number of homeless people in Belarus could be higher than any previous count. In 2015, Minsk counted 320 homeless individuals. These 320 people were all registered at the city’s shelters, but 1,600 people had recently “inquired” about shelter registration. Without one standardized approach, this statistical unreliability will continue, and the true scope of the problem will remain unknown.

While the constitution states that homelessness in Belarus should not exist, the government takes little action. The lack of reliable statistics on the issue is a prime example of this. The national government relies on temporary shelters, located in a handful of cities, mainly Minsk, to house the homeless. The city governments are responsible for these shelters, complicating matters.

For example, Gomel announced in 2011 that a homeless shelter would be completed in 2016, but this never happened, and no other alternatives have since been proposed. Also, Minsk once had 11 operational temporary shelters. There are now three presently accepting homeless individuals in a city of almost 2 million people.

The actions the national government does take on homelessness include taxing those suffering from it. In 2015, the Belarusian parliament signed Presidential Decree number 3 into law. This bill, also known as the “freeloaders tax,” fines individuals that have been unemployed for six months. Belarusian President Alexander Lukashenko argued that the legislation disciplines the “work-shy.” Such a bill affects those that are chronically homeless, who have not been working for many years.

Everyday Citizens Are Volunteering to Combat Homelessness in Belarus

Private citizens have decided to take matters into their own hands. Dr. Karina Radchenko has been providing the homeless population of Minsk with free healthcare since 2019. Her work has recently gained international media attention due to the COVID-19 pandemic. Radchenko was spurred into action because many homeless Belarusians do not have proper identification, meaning treatment for diseases such as COVID-19 or AIDS is not free.

The volunteer doctor has tested more than 200 homeless people for HIV. Radchenko’s mission has since grown. Her group, now known as Street Medicine, consists of 20 volunteers. They go to the Minsk city center twice a week, helping any that ask. Neither the Belarusian government nor the Minsk government offers Street Medicine any financial assistance, forcing the group to rely solely on donations.

The present homeless policy in Belarus will result in the problem continuing. The true scope of homelessness in Belarus is unknown. No standardized approach to counting these individuals has been created under Lukashenko’s government. Instead, a tax has been levied against the chronically homeless. This all occurs under a constitution that guarantees adequate housing to all its citizens. Belarusian citizens like Dr. Karina Radchenko are taking matters into their own hands and pushing for the necessary changes — changes that will have to occur if life for Belarus’ most vulnerable citizens is to improve.