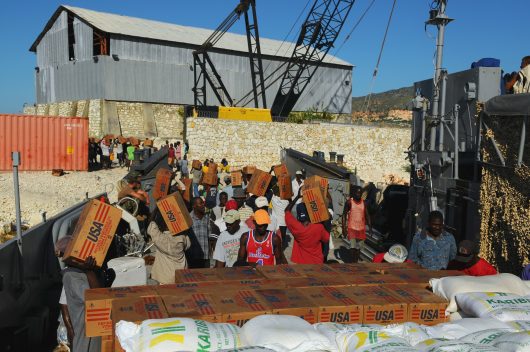 For the projected Fiscal Year 2018 budget, the United States is allotting $815,000 to Brazil. This budgetary decision is planned to further a partnership with the government of Brazil in improving regional stability through security and law-enforcement, progress in medical care and increasing environmental coordinating and military training. In addition to these improved Brazilian conditions, there will be U.S. benefits that come from foreign aid to Brazil.

This budget will assist the Ministry of Health in creating an AIDs-free future population. Funding from this budget will also address military protection to combat transnational crime through advancements in the rule of law and counterterrorism programs.

The two countries also opened dialogues addressing other concerns regarding climate change. Previous signing in 2015 of the U.S.-Brazil Joint Initiative on Climate Change, and the USAID-GOB Development Objective Agreement on Biodiversity Conservation signed in 2014, focuses on biodiversity conservation and climate change mitigation.

This partnership that enables the countries to address current issues is one way the U.S. benefits from foreign aid to Brazil.

Since The United States was the first country to recognize Brazil’s independence in 1822, the two countries have a long history of working together to expand economic growth, support human rights and improve defense and security.

The countries have shared development in education, energy, health, science and technology. Due to previous foreign aid, Brazil has bolstered itself into a position of economic growth that has enabled it to import U.S. goods and export to the U.S. while also supplying foreign aid to other developing countries.

There are also large efforts being taken between the U.S. government and the government of Brazil to address and fight the Zika virus. USAID and Brazil are also looking to further development in other countries, particularly African and Latin America, as well as provide food security through agriculture development and productivity in Haiti, Honduras and Mozambique.

Some other ways the U.S. benefits from foreign aid to Brazil are through trade, business investments and tourism. Since 2003, Brazilian firms made large investments in the U.S., amounting to billions of dollars. These projects amounted to $2.5 billion in 2010 and, once they’re completed, will create 4,806 new jobs in a variety of different sectors.

Commerce with Brazil creates both small and large business ventures, with one being the WindStream company based out of New Albany, Illinois.

This partnership between the U.S. and Brazil promotes the growth of both economies through trade and provides economic durability. It furthers the advancements of both countries enabling the countries to supply aid to developing countries. The partnership between the U.S. and Brazil shows the benefits of foreign aid and the progression that continuous aid can provide to other countries.