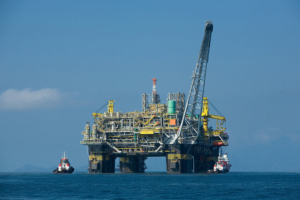 Guyana discovered oil off its coast in 2015 and is on the brink of major economic growth. According to the International Monetary Fund (IMF), the projected economic growth in Guyana for 2020 is 86 percent. The projected growth rate is high for 2020 due to ExxonMobil’s oil find in the Caribbean Sea in 2015, which brought hope for change to poor Guyanese. For 2019, GDP growth was 4.4 percent, almost double from the previous year, and the 86 percent projected growth by the IMF shows an increased interest in the development of Guyana. Oil production in 2020 and in the future could bring economic growth in Guyana and add thousands of jobs.

A Potential Future in Oil

Guyana found an estimated 3.2 billion barrels of oil off its coast, with oil production beginning in late December 2019. More than 1,700 Exxon employees are working on extracting oil from Stabroek Block, the oil reservoir, and transporting oil to the Liza Destiny, a storage and offloading vessel. About 50 percent of the 1,700 workers are Guyanese. Exxon expects to produce 120,000 barrels of oil a day in 2020 and estimates 750,000 barrels a day by 2025. The 2025 estimated production would position the South American country in the top 30 countries for oil production. The 750,000 barrels a day estimate would be more oil than India produced daily in 2018. This is one reason for the IMF’s projection of a high growth rate for Guyana, as oil could transform the economy.

Oil production in 2020 is exciting Guyanese about the possibilities of changing the country and its people. President David Granger commented, “Every Guyanese will benefit from petroleum production. No one will be left behind.” Guyana’s GDP per capita is about $8,100, which ranks among the lowest in the world. With oil now in production, there is potential to improve its lagging infrastructure and low income. Guyana only has about 500 miles of paved roads, yet almost 2,000 miles of unpaved roads. The President stated that oil could transform the developing country and improve life for hundreds of thousands of Guyanese.

Guyana’s government expects oil revenue of $300 million in 2020 and $5 billion for 2025. This could further enhance economic growth in Guyana and bring the possibility of distributing the money to lagging sectors. In 2019, the government spent $2 billion in its infrastructure. This included constructing or upgrading roads, bridges, highway lights and drains. The East Coast of Demerara Road Widening Project affects more than 100,000 of Guyana’s 777,000 population. Guyana approved about $500 million for the project that focuses on upgrading roadways along the coast. Most of the population resides near the coast and along the Demerara River. Guyana could not only use oil revenue to further develop Guyana but also to add jobs, as the ExxonMobil operation is already showing.

The Impact of Guyanese Oil Revenue

There is steady economic growth in Guyana, as one can witness from its GDP rising from 2.1 percent in 2018 to 4.4 percent in 2019. The IMF’s projected 86 percent growth rate for Guyana in 2020 expresses big expectations for the South American country. Although Guyana’s potential future wealth is good news, the developing country will need support in transforming its newfound wealth into positive change for its people. Every poor country that strikes oil does not always manage natural resources well, yet with the right tools and guidance, Guyana could reduce its 35 percent poverty rate by adding jobs and transforming into a developed economy.